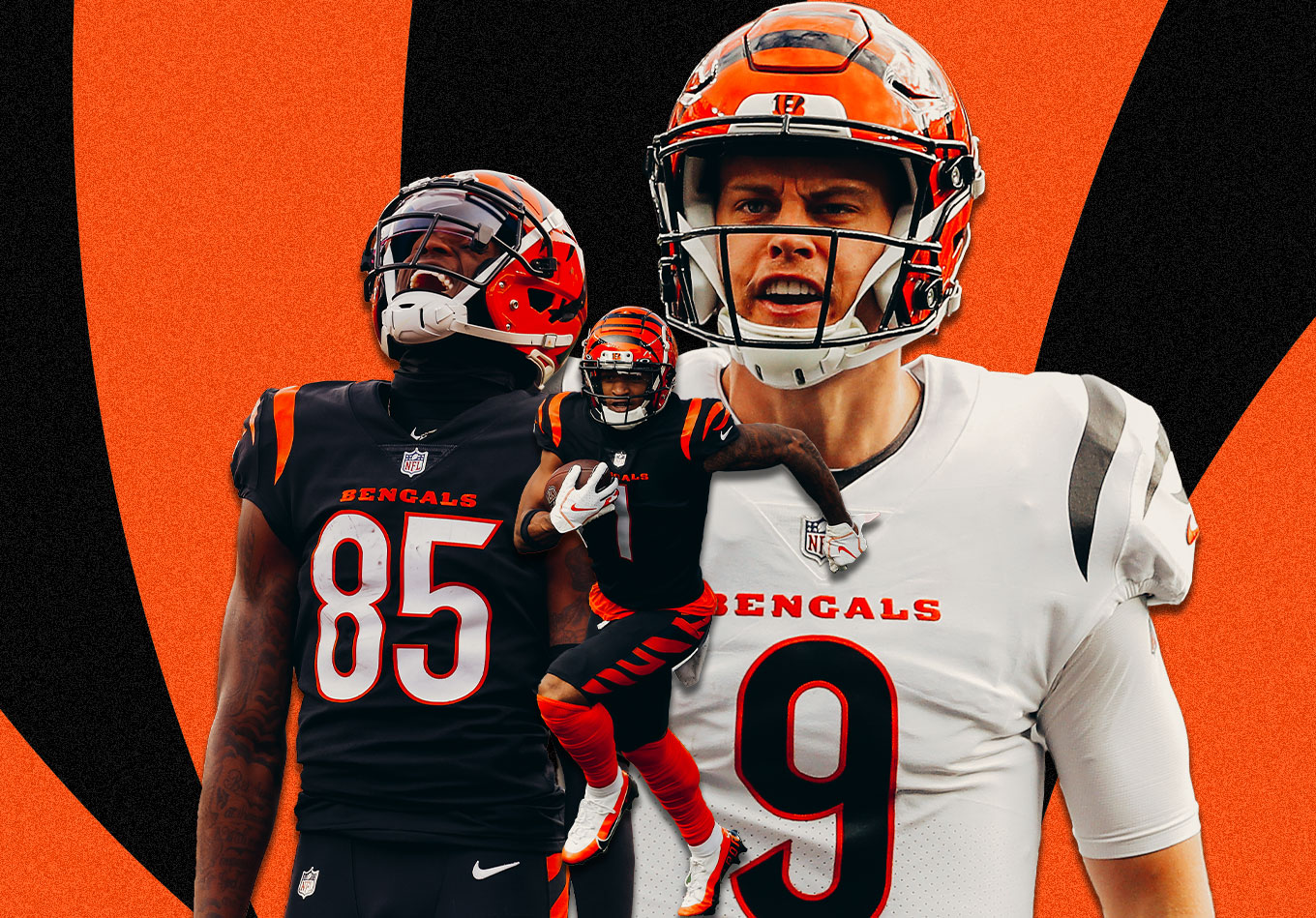 All over the NFL, teams are moving to a brand of football that provides opportunities for more explosiveness, and the Cincinnati Bengals have become the poster child of that movement after nearly riding it to a Super Bowl win.

This was the discussion for months all over the NFL landscape during the 2021 NFL Draft and beyond, as the Cincinnati Bengals had their hands full with an important decision with a premium asset. The Bengals were mocked, ridiculed and scoffed at for selecting the LSU receiver over the Oregon left tackle, especially with their franchise guy Joe Burrow coming off of a season-ending ACL injury the year prior.

The decision, however, came down to more than just improving protection, but to transforming an offense to match the fireworks across the AFC landscape and beyond.

The NFL had firmly entered an era of an offensive arms race, and the way to compete with the other teams is to add explosive playmakers.

It’s why the Los Angeles Rams mortgaged their future for the arm of Matthew Stafford over Jared Goff. It’s why they leapt on the opportunity to sign Odell Beckham Jr. when they had the chance. And without those two players, the Rams are not hoisting the Lombardi Trophy.

So maybe the choice was not so hard for the Bengals after all, as they now have a core of young playmakers that includes Burrow, Chase, Tee Higgins, Tyler Boyd and Joe Mixon.

Cincinnati tied for seventh in the league in scoring (27.1 points per game), had a quarterback who was sixth with 4,611 yards and eighth with 34 touchdowns and three receivers with at least 800 yards. Not to mention that Mixon was able to hit career highs in yards (1,205) and touchdowns (13), largely thanks to Cincinnati’s ability to spread the field out.

Chase came in and posted 101 yards and a touchdown in his first NFL game. This was just one notch on his NFL Offensive Rookie of the Year belt, a year where he set the Super Bowl-era rookie record with 1,455 receiving yards on 81 catches with 13 touchdowns. Chase’s performance included a single-game rookie-record 266 yards in a regular-season win over the Chiefs.

He also ranked second in the league in burn yards per target (14.42) among receivers with at least 40 targets. And after finishing in a tie for last in the NFL with 17 passing plays of 25 yards or more, Cincinnati tied for second with the Buccaneers with 42 such plays in 2021.

Had this level of offensive production been possible with a stop-gap wide receiver had the Bengals drafted Sewell? Assuredly not. Sure, Burrow was still far and away the most sacked quarterback in the class by a healthy margin, but Burrow created a large number of them himself.

There was also an element of Chase being a part of a multi-year rebuild for the Bengals. Let’s face it, it’s harder to find a Ja’Marr Chase than it is a Penei Sewell. Not many players can dominate the way Chase has done at both the college and professional level.

It would have been a mighty stretch to slot the Bengals as the AFC champions during the preseason. So heading into 2021, did it make sense to grab one of the most productive wide receivers in college football history while they had the chance and stop-gap the offensive line, or miss out on Chase for the opportunity to take Sewell?

Are the Bengals still in need of massive upgrades to their offensive line? Absolutely, and they will rightfully expend big assets in both free agency and the 2022 NFL Draft to do so. But guess what the Bengals are already set up to do far into the future?

That may not have been the case had they drafted Sewell over Chase. While the Bengals need to upgrade their offensive trenches this year, they’re already set up for long-time offensive success.