Still Volatile and Flawed, Stafford's Good Is Outweighing His Bad | The Analyst 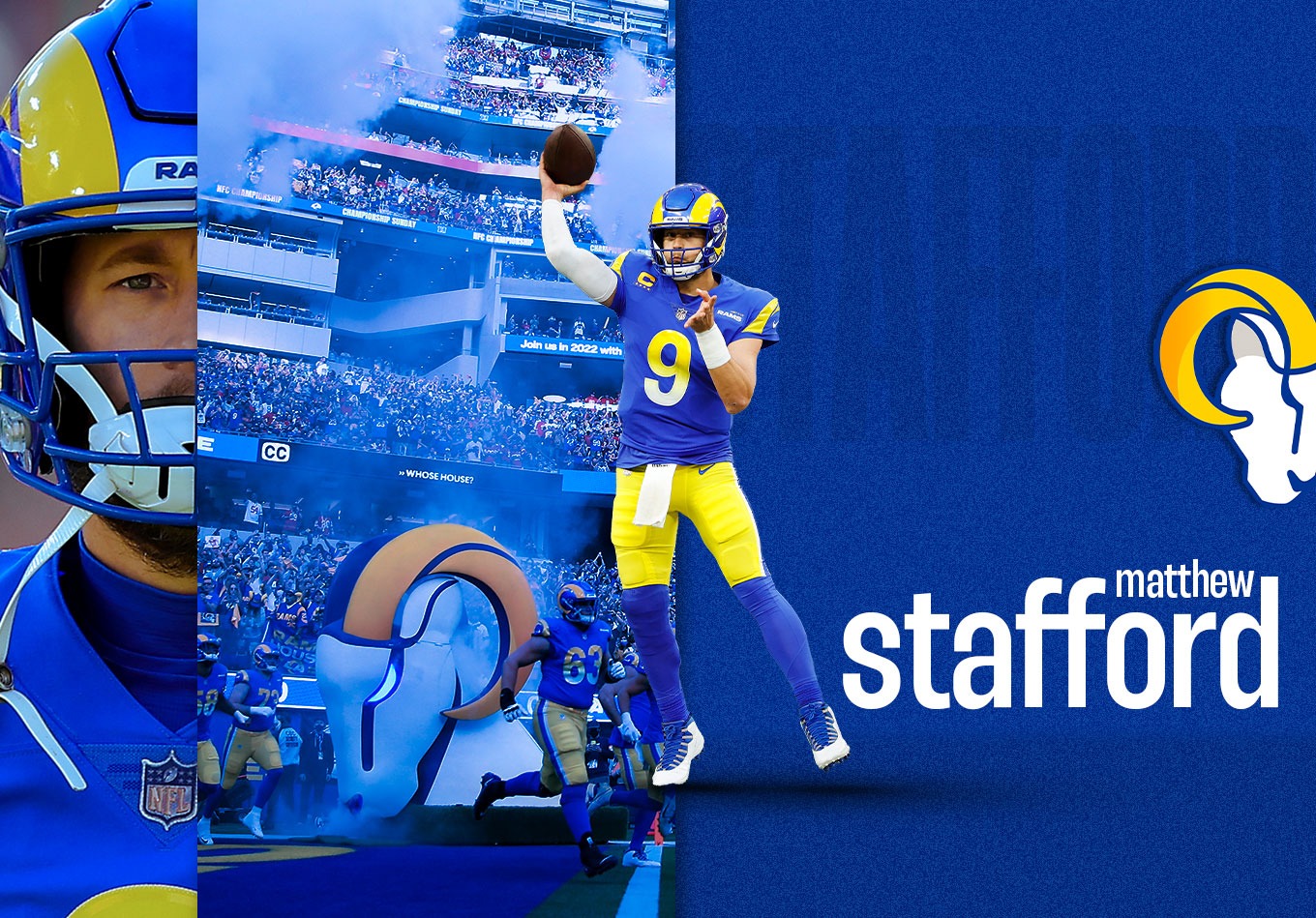 Still Volatile and Flawed, Stafford’s Good Is Outweighing His Bad

Barry Sanders and Calvin Johnson both had to retire early to get out of Detroit, but quarterback Matthew Stafford found new light as he heads to the Super Bowl in his first season with the Los Angeles Rams.

A career losing record, only four winning seasons, and nothing to show for his on-field success over 12 years with the Detroit Lions, Matthew Stafford was given new hope this offseason.

Even before Super Bowl weekend a year ago, Stafford and Los Angeles Rams head coach Sean McVay happened to bump into each other in Cabo.

Days later Stafford was a Ram.

Jared Goff, two first round draft picks, and a third-round draft pick later, Stafford had his request for a trade met by the team that took him first overall in 2009. After a grueling 17-game season, Stafford has since been rewarded with his best season since 2011 and a trip to the Super Bowl.

Has Stafford changed anything about his play since departing Detroit?

Quite frankly, Stafford is still about as volatile as he has been throughout his career. What is most constant about Stafford, however, is despite the lows and the absolute head-scratchers he brings onto the field, he does more than enough to make a coach happy he is under center.

He led the league in interceptions this year. He finished well above the league average (3.96) with a 4.55 pickable pass percentage. He’s still firing missiles into windows he probably knows he should not. However, when you counter that with 4,886 yards passing and 41 touchdowns, an average of an interception per game does not even make a head coach sweat.

Stafford is the same gunslinger, wild child he has always been at quarterback. The difference is he has a coach who loves that trait and knows how to harness it.

Throughout his time in Detroit, Stafford has not had an overly impressive flock of play-callers shouting into his ear. From Scott Linehan all the way to Jim Bob Cooter and Darrell Bevell, Stafford lacked not only creativity in the offenses he was manning, but continuity as well.

By shipping off three draft picks in addition to his former quarterback in Goff, McVay effectively increased the margin for error in his offense. Facing the truth, Goff was and is a quarterback that needs success around him; from his offensive line providing protection to his receivers getting open, Goff’s play has never given much wiggle room for mistakes.

If a play breaks down, so does Goff. This is a massive reason the Los Angeles offense has hit new strides in 2021. Sure, the success of Cooper Kupp (why do we think he took a massive leap in production in 2021?) and the addition of Odell Beckham Jr. (why do we think his production took a massive leap post-Cleveland?) has helped, but the success of the offense is significantly dependent on the arm of Stafford.

Stafford has shown time and time again the ability to manipulate pressure by creating passing windows by stepping up, sliding through traffic in the pocket, and by possessing the launch codes from a multitude of arm slots to choose from. He led the NFL in open target percentage (93.5) – which measures how often the targeted receiver is open – and saw his pickable pass percentage drop to 2.60 when on the move.

Goff simply cannot keep pace with the level of arm talent that Stafford brings to the table.

Passes deep down the field are finding their targets with more frequency (only Tom Brady’s 42 pass plays of 25 or more yards topped Stafford’s 41) and previously abandoned backside digs are being noticed and found in stride. Though Stafford posted a 73.7 well-thrown percentage this season and Goff had a 79.1 mark a year ago, Stafford’s 8.56 air yards per attempt were above the league average (7.99) while Goff’s 6.36 air yards were nowhere close to the 8.16 average in 2020.

The playbook for McVay, as a result, has been put completely back in his creative control. The viral clips of McVay walking his quarterback through his progressions mid-play are no more with Stafford at the helm.

Has Stafford taken his lumps this year? Sure, he does every year. Closing the season with three straight multi-interception games probably gave even McVay a bit of a pause. Yet Stafford has pulled himself up the way he did 11 years ago to throw a game-winning strike with a dislocated shoulder.

There has been no watering down, no simplifying, no hesitancy, and no handcuffing of the quarterback from McVay as a play-caller. Not only was Stafford freed when he traveled from Detroit to L.A., but McVay has experienced the freedom of just calling plays and allowing his man to do his job on the field this year as well.

As a result, Kupp took home the receiving Triple Crown and almost topped Calvin Johnson’s single-season receiving yardage record. Beckham Jr. has revitalized his career on the west coast, Darrell Henderson and Sony Michel (and now a healthy Cam Akers) are experiencing their most efficient years toting the rock out of the backfield. An offensive line of largely the same faces are cast in a better light now that a QB who can get the ball out on time is keeping sacks and pressures from their name.

You live by the gun and you die by the gun, and that’s a risk that has paid off for McVay as Stafford has since thrown for over 900 yards in three playoff games with six touchdowns and just one interception. His well-thrown percentage (77.4%), air yards per attempt (8.90) and pickable pass percentage (2.15) have all improved during the playoffs.

Yet none of that matters unless the big one is won on Sunday against the Cincinnati Bengals.

With a quarterback who can make all the throws, a wide-open playbook, the luxury of playing on his home turf, can McVay correct his mistakes of his Super Bowl appearance from two years ago?

Stafford is not immune to making a costly play when he squares off with the Bengals, but one thing is certain: The Rams have not gotten this far without the guy they mortgaged their future on, and they can’t win the big one without him.