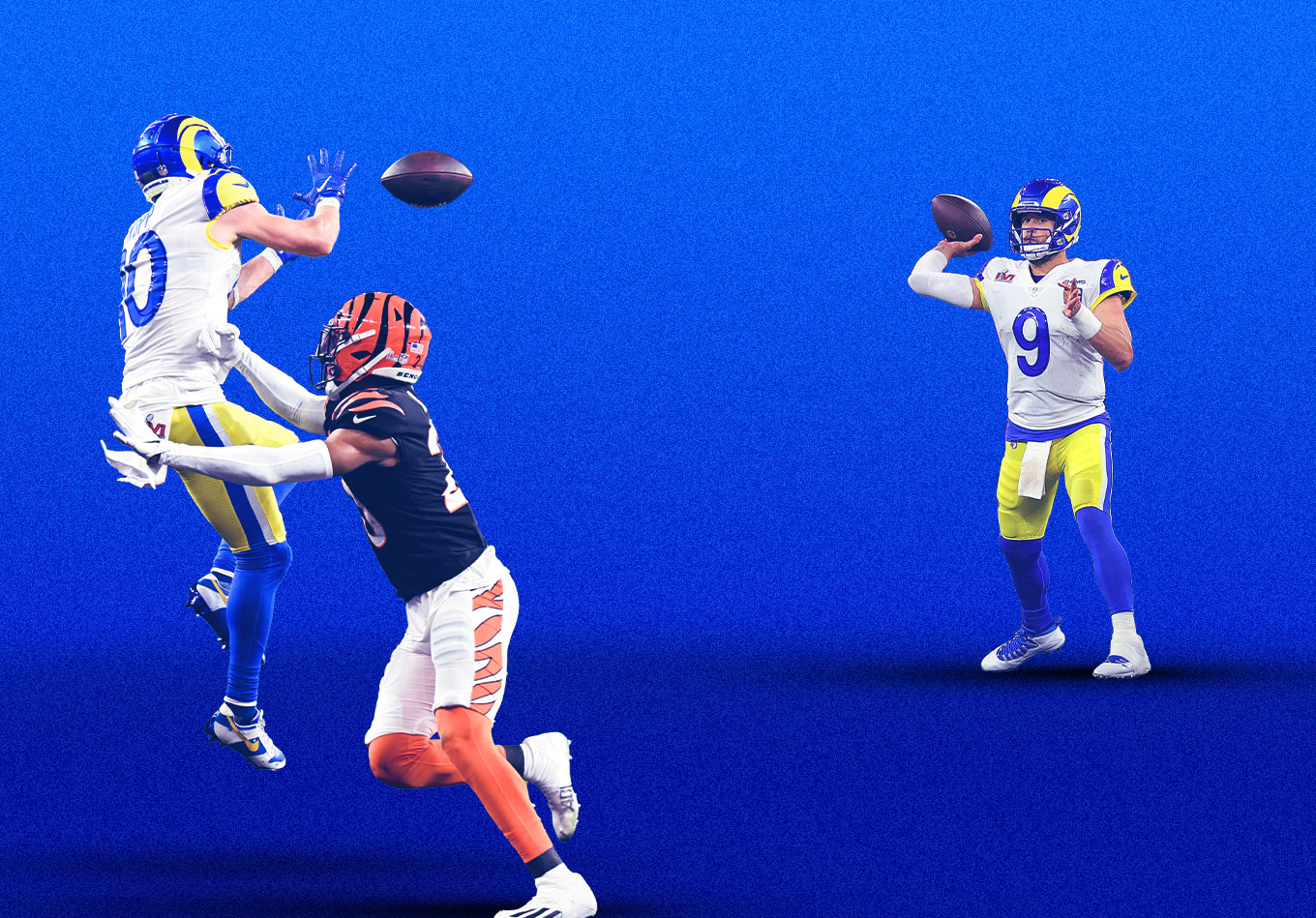 It was not the prettiest display of offensive production as both the Los Angeles Rams and Cincinnati Bengals struggled to consistently move the ball in Super Bowl LVI.

However, it was the Rams who found their stride late and got the ball into the hands of their playmakers when it mattered most.

Despite a non-factor of a run game, Rams quarterback Matthew Stafford managed to outduel Joe Burrow, throwing for three touchdowns on the day. Overall, Stafford played a steady game with a dropped pass turned interception clouding his box score more than it should have been.

For the Rams, their best players made plays when the game was on the line as defensive lineman Aaron Donald took over in the second half, and NFL Offensive Player of the Year Cooper Kupp came through in the clutch on their decisive 15-play drive.

While it was the defense that overpowered the Cincinnati offensive line, what plays proved to be pivotal moments for the Rams offensively in their 23-20 win over the Bengals?

There is no better way to grab the attention of the viewers than by getting on the board first. That is just what the Rams did when Stafford found Odell Beckham Jr. for a 17-yard strike. At this point in the game, Stafford had yet to miss, capping off a six-play, 50-yard drive.

Jesse Bates followed tight end Brycen Hopkins out wide, just as linebacker Germaine Pratt did to cover running back Darrell Henderson. Lining up in an empty formation, the Rams and Stafford get a clear and definitive look that signals they are faced with man coverage from the Bengals.

This was a McVay masterclass as he found a way to isolate Beckham Jr. from the slot against nickel cornerback Mike Hilton. The slant/wheel concept against man coverage is meant to create a natural rub, and while Hilton got under the post, OBJ still got a step. Beckham Jr. on Hilton in one-on-one coverage is already a mismatch for Stafford to exploit, and the added step was just icing on the cake.

OBJ was rejuvenated by his title push with the Rams. After finishing with a 56.1 burn percentage (a burn occurs when the targeted receiver does his part to achieve a successful play, regardless of the quality of the throw by the QB), during the regular season, OBJ ranked second among all receivers (minimum 10 targets) with an 80.0 burn percentage in the playoffs.

He also had a 47.0% one-on-one matchup win rate heading into the Super Bowl (league average for a WR was 33.0%), while Hilton entered with a 39.0% matchup loss rate (well worse than the league average of 32.0% for a cornerback).

The touchdown gave the Rams an early lead.

Play 2: The Offense Finally Gets Going

Even after getting out to an early lead, the Rams offense stalled as McVay got overly stubborn with a non-existent run game. After a second touchdown in the second quarter, the Rams had to endure an interception-punt-interception sequence on their next three drives.

This led to 10 unanswered points from Cincinnati and a 20-13 deficit for Los Angeles to now claw back from. On that fourth drive, the Rams looked destined for another three-and-out while stuck in a third-and-8 situation after a Cam Akers 2-yard run and an incomplete pass.

Then Stafford hit Henderson for a 15-yard gain to push the ball closer to midfield.

Here, the Rams once again caught the Bengals in man coverage in an empty look as Cincinnati linebacker Logan Wilson lined up over the running back, motioning with him. And once again, the wheel route caught a victim in a mismatch situation. Kupp caught Wilson on another rub, and Stafford dropped a pinpoint back-shoulder throw to Henderson.

Kicker Matt Gay would go on to put three points on the board to cut the Cincinnati lead to four.

How could we get through offensive plays without talking about the viral no-look pass from Stafford to Kupp? Still down four as the defense stood tall despite no further offensive movement after the previously mentioned field goal, Stafford and his unit took the field with six minutes left in the game.

After draining half of the remaining clock, the Rams came to the line on a second-and-7 just shy of midfield. With a post-curl combo out of 2×2, Stafford is faced with Cover 3 from the Bengals defensively. This allows Stafford to play off the hook-curl defender in the middle of the field – in this case Vonn Bell.

Should Bell sit on the curl, Stafford would drill the post behind him. Should Bell get depth and cut off the post, Stafford has Hopkins on the curl for an easy first down. Stafford, however, takes it a step further and creates the window he wants for the post anyway.

The best QBs in the business have the ability to use their eyes to create their own opportunities. This is what Stafford does as he stared down Hopkins, manipulating Bell to think he can jump the route and make a play on the football. Stafford then used the window he created to find Kupp without tipping off Bell with his eyes. Gorgeous.

The rest is history as Stafford would go on to find Kupp again for a go-ahead score as the defense would then seal the deal. It was not an overly productive or pretty game offensively for McVay and his squad, but Stafford and Co. did what they needed to do through the air to overcome their shortcomings on the ground.

At the end of the day, Los Angeles took home the Lombardi, Stafford gets his elusive championship ring in his first year away from Detroit, and McVay adds another notch to the belt of his already illustrious coaching career at just 36 years old.