From Rooks to Kings: The NFL All-Time Single-Season Rookie Records | The Analyst 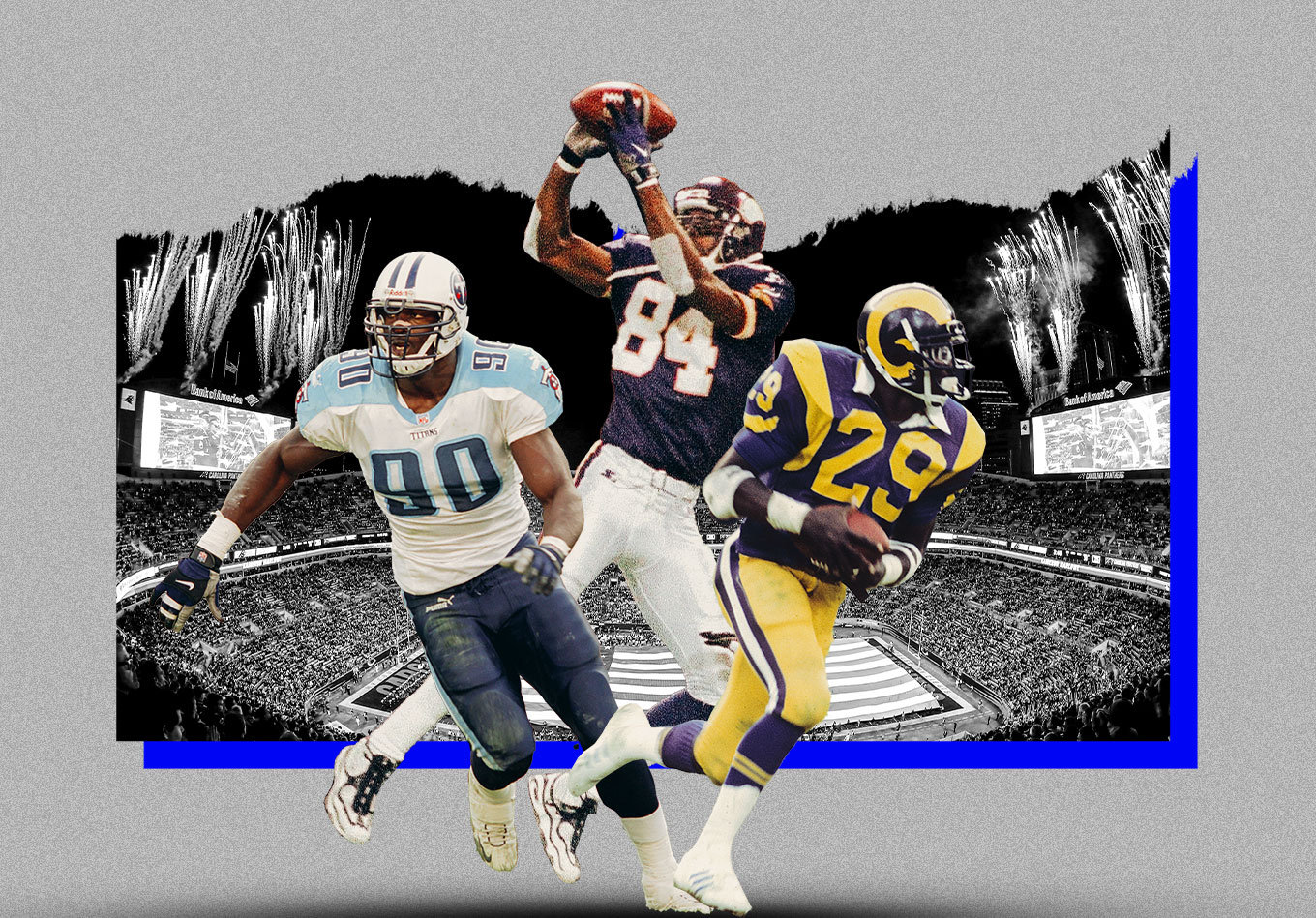 From Rooks to Kings: The NFL All-Time Single-Season Rookie Records

It’s not easy being a rookie in the NFL. Even in the new age of rookies starting right away at quarterback and other positions, there are almost always speed bumps along the way.

But some rookies can make it look easier than others. There are a select few that burst onto the scene and look like five-year veterans.

We’re taking a look at the AFL/NFL rookie records in key stats and reflecting on just how great some of these first-year players were right out of college.

Can any of these records be broken as a result of the NFL’s new expanded schedule?

It’s hard to imagine Andrew Luck is retired less than a decade after putting up the most passing yards ever for a rookie, but he chose to step away from the game after the 2018 season. He lived up to the hype of a No. 1 pick while playing though, making the Pro Bowl as a rookie, and in three of his other five seasons. He also led the league in passing touchdowns in 2014.

Most Passing Touchdowns: Justin Herbert with 31 in 2020

Herbert finished runner-up to Luck on the rookie passing yards list but ahead of Cam Newton of the Carolina Panthers, Jameis Winston of the Tampa Bay Buccaneers and Carson Wentz of the Philadelphia Eagles. And he blew everyone out of the water last season on the rookie TD list with four more than Baker Mayfield’s 27. Herbert was a polarizing prospect, and only got to start at all because Tyrod Taylor got a punctured lung while receiving a pre-game injection in Week 2. He came in and threw for 311 yards and a touchdown in his first start and never looked back. With the rising passing rates in the league, it’s possible someone comes for Herbert’s throne in the next few years. Ten of the top 12 rookie seasons with the most passing yards have come since 2010.

Most Passing Interceptions: Peyton Manning with 28 in 1998

Speaking of growing pains, even the great Peyton Manning had a rough go as a rookie quarterback for the Indianapolis Colts before becoming a Hall-of-Fame passer later in his career. Manning never really came close to matching this mark, with his second-highest interception total of 23 coming in 2001. He also threw for 26 touchdowns as a rookie and ended up with 539 – the third most in NFL history – over an illustrious 17-year career. He was named Super Bowl XLI MVP in a win over the Chicago Bears before winning another title with the Denver Broncos.

Most Rushing Touchdowns: Eric Dickerson with 18 in 1983

The Hall of Famer had a monster rookie season, leading all players (not rookies, players) in touches, rushing yards, touchdowns, yards from scrimmage, and just about any other running back stat. He even finished second to Joe Theismann in the MVP voting. Dickerson then set the NFL record for rushing yards the following year. Jim Brown is the only rookie to ever win the MVP award as a rookie, but he finished with half as many touchdowns (nine) and just over half as many yards (942) as Dickerson in an admittedly different era.

The name everyone had in mind, I’m sure. Groman had 1,473 receiving yards in a 14-game season, and that number has held up, even with Justin Jefferson and Chase challenging him over a two-year stretch. Groman helped lead the Houston Oilers to the AFL championship, hauling in a touchdown reception in a 24-16 AFL title game win over the Los Angeles Chargers. He followed up his rookie season by making first-team All-Pro his sophomore season, but struggled with knee injuries after that. He had just 833 yards the rest of his career. Jefferson’s 1,400 yards stood as the Super Bowl-era mark for one season until Chase had 81 catches for 1,455 yards and 13 touchdowns for the Cincinnati Bengals in 2021. Chase’s performance included a single-game rookie-record 266 yards in a win over the Kansas City Chiefs.

Most Receiving Touchdowns: Randy Moss with 17 in 1998

It’s interesting to see that the leader in passing, rushing and receiving touchdowns as a rookie has some separation from the pack. John Jefferson’s 13 receiving touchdowns are four behind the dominant rookie season of Moss, who was incredible in college but at a smaller school in Marshall. Questions about Moss’ character caused him to fall to the No. 21 pick in the draft, but he started proving he could be a force against NFL competition right away. His rookie season was the first of six consecutive 1,000-yard seasons to start his career, and he led the league in receiving touchdowns five times. He scored a touchdown in both of his playoff games that season as well, capping a great start to his Hall-of-Fame career.

Most Interceptions (Super Bowl Era): Everson Walls with 11 in 1981

Night Train Lane doesn’t just have the rookie record for interceptions, he has the overall record. That’s right, no one has eclipsed the 14 he had in his first season. He also had two defensive touchdowns in the first year of his Hall-of-Fame career for the Los Angeles Rams. Lane led the league in interceptions in 1954 as well with 10. Unlike the rookie passing marks, the league leaderboard for rookie interceptions hasn’t changed at all recently, with Anthony Henry of the 2001 Cleveland Browns being the only rookie since 1991 to have at least 10 picks.

They called him “The Freak” for a reason. Kearse edged out Aldon Smith in 2011 by half a sack for this regular-season record, as he was unstoppable as a rookie for the Tennessee Titans. He made the Pro Bowl for the first of three straight years to start his career and led the league in forced fumbles with eight. He also finished runner-up to Warren Sapp of the Tampa Bay Buccaneers in the Defensive Player of the Year voting.