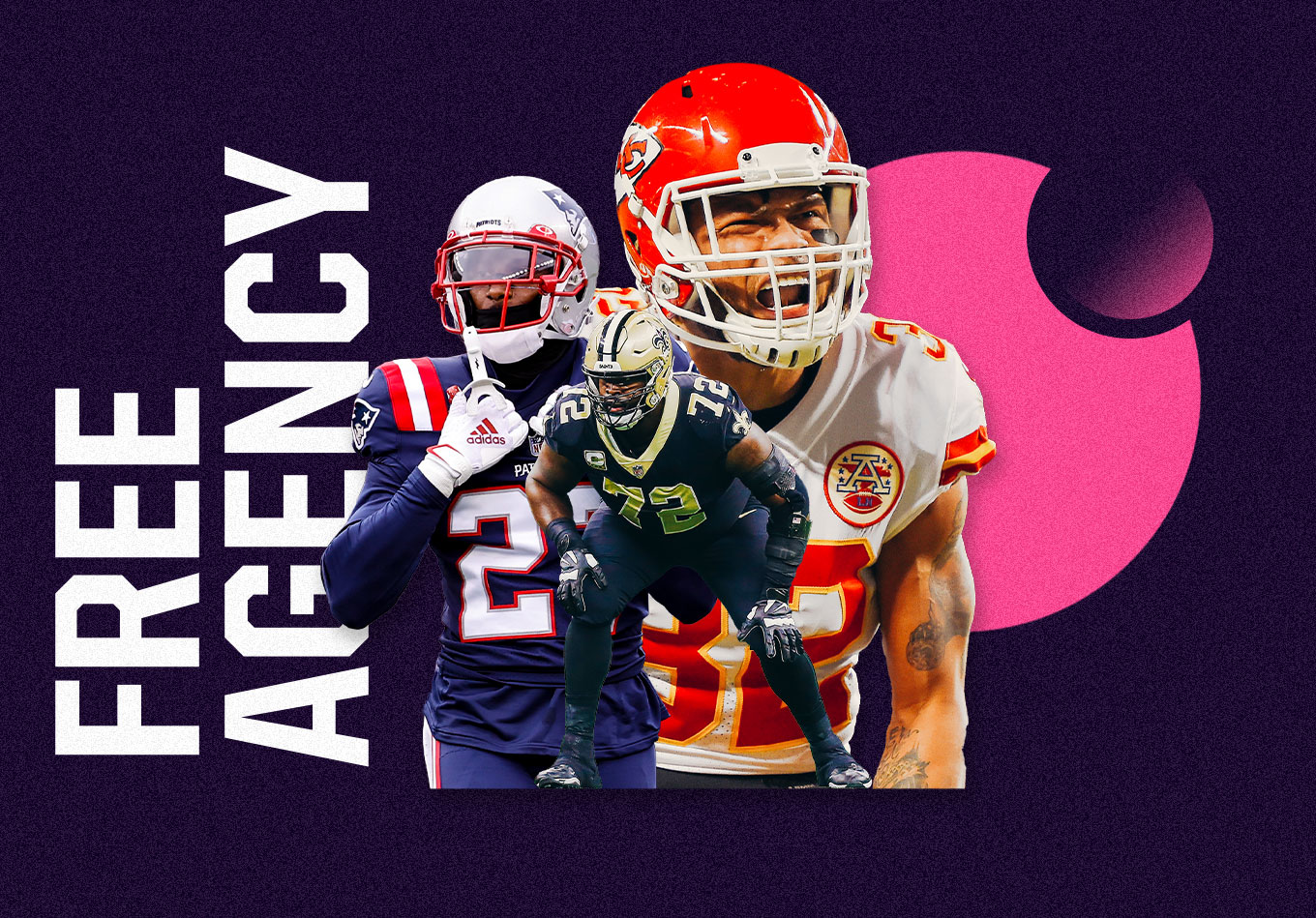 Free agency was supposed to be the headline act of March in the NFL calendar.

But then a blockbuster Russell Wilson trade, the end (for now) of the Aaron Rodgers saga and the small matter of the unretirement of Tom Brady happened in a whirlwind week for the league.

As such, many of the moves that are reported when the NFL’s negotiating window opens may seem insignificant compared to the events of the last seven days.

However, the right acquisition on the open market can have a substantial impact for teams looking to contend for the Lombardi Trophy.

Just look at the Cincinnati Bengals, who were in touching distance of winning the title for the first time thanks in part to the defensive efforts of two free agent signings in edge rusher Trey Hendrickson and cornerback Chidobe Awuzie.

With the salary cap increasing to $208.2 million, the first time in league history it has been over $200 million, plenty of teams will be ready to loosen the purse strings.

Yet free agency is often not about making the big splash move, it is more a matter of finding the right fit between player and team.

Jackson is in for a monster payday after the New England Patriots elected not to place the franchise tag on a cornerback coming off a second-team All-Pro season.

Though they are clearly not ready to contend in 2022, the Jets present the perfect marriage of positional need and cap space, of which they have the second most in the NFL.

Only four teams allowed more yards per pass play than the Jets (5.9) last season, with the secondary a long-standing problem for New York.

Over the last three seasons, no player in the NFL has recorded more interceptions than Jackson’s 22. His closest challenger is Xavien Howard (16).

Jackson finished 2021 having allowed a big play on 18.9% of his targets, the eighth-best ratio among corners with at least 50 targets.

Pairing him with a corner in Bryce Hall who had the best combined open percentage (14.61) across man and zone coverage of any player at his position in the NFL (min. 100 coverage matchups) last season would go a long to shoring up the Jets’ defensive backfield.

Terron Armstead to the Cincinnati Bengals

It almost makes too much sense. The Bengals are in obvious need of help on the offensive line and will have the sixth-most cap space of any team in the NFL with which to acquire it, making Armstead an obvious fit.

Though injuries limited him to eight games for the New Orleans Saints last season, Armstead remains one of the premier left tackles in the NFL.

Armstead’s stunt-adjusted pass block win rate of 91.93% was third among tackles with at least 100 pass protection one-on-ones in 2021.

That is exactly the kind of excellence in protection the Bengals need to ensure Joe Burrow can keep them in contention for Super Bowl titles in the coming years.

The Chargers have been mentioned as a potential destination for several free agents, which is unsurprising given they are in the top half of the league in terms of cap space and have a premier quarterback on a rookie deal in Justin Herbert.

They have already shown a desire to be aggressive in striking a trade to pair edge rusher Khalil Mack with Joey Bosa on the defensive line, yet there is no doubt the secondary would also benefit from an infusion of experience and added quality.

Mathieu would bring just that if the Chargers were able to lure him from the division rival Kansas City Chiefs. With free safety Nasir Adderley having so far struggled to live up to his status as a second-round pick, Mathieu’s arrival would allow the Chargers to rotate him and former first-round pick Derwin James, who each possess the versatility to play free and strong safety and one-on-one with wide receivers and tight ends in man coverage.

Last year, Mathieu finished ninth among defensive backs with at least 100 coverage matchups across man and zone with a combined open percentage allowed of 20.3.

With another three interceptions added to a career tally that now stands at 26, there is no doubt Mathieu still has the playmaking ability and coverage skills to be an asset to any defense.

Von Miller to the Denver Broncos

Everybody loves a reunion, and this would be a quick one after the Broncos dealt Miller to the Los Angeles Rams last season. Of course, the veteran edge rusher went on to win his second Super Bowl title.

And, after the Broncos struck a stunning trade to acquire Wilson from the Seattle Seahawks, bringing back Miller to boost a defense that will be run by former Rams secondary coach Ejiro Evero would be an ideal next move to make for a team clearly eyeing an immediate run at a Lombardi.

Miller ranked fifth among edge rushers with a stunt-adjusted pass rush win rate of 43.4% in 2021, with that ability to generate pressure highly valuable to a defense that was a disappointing 30th in win percentage last year.

The Broncos are set up to contend, and a return to Denver would potentially give Miller the chance to compete for further titles while ending his career where it started.

The 49ers have a host of more important needs than a wide receiver turned running back and, given San Francisco possesses the gold standard in that regard in ‘wide back’ Deebo Samuel, signing Patterson would be a luxury move rather than a necessity.

Yet the thought of head coach Kyle Shanahan having both Samuel and Patterson to work with is an extremely enticing one.

Among running backs with at least 50 carries in the regular season, only James Conner (22.7) produced a higher percentage of big plays on targets in the passing game than Patterson (22.6).

Putting him with the play-caller who arguably does the best job of getting offensive players in space would be a match made in heaven.