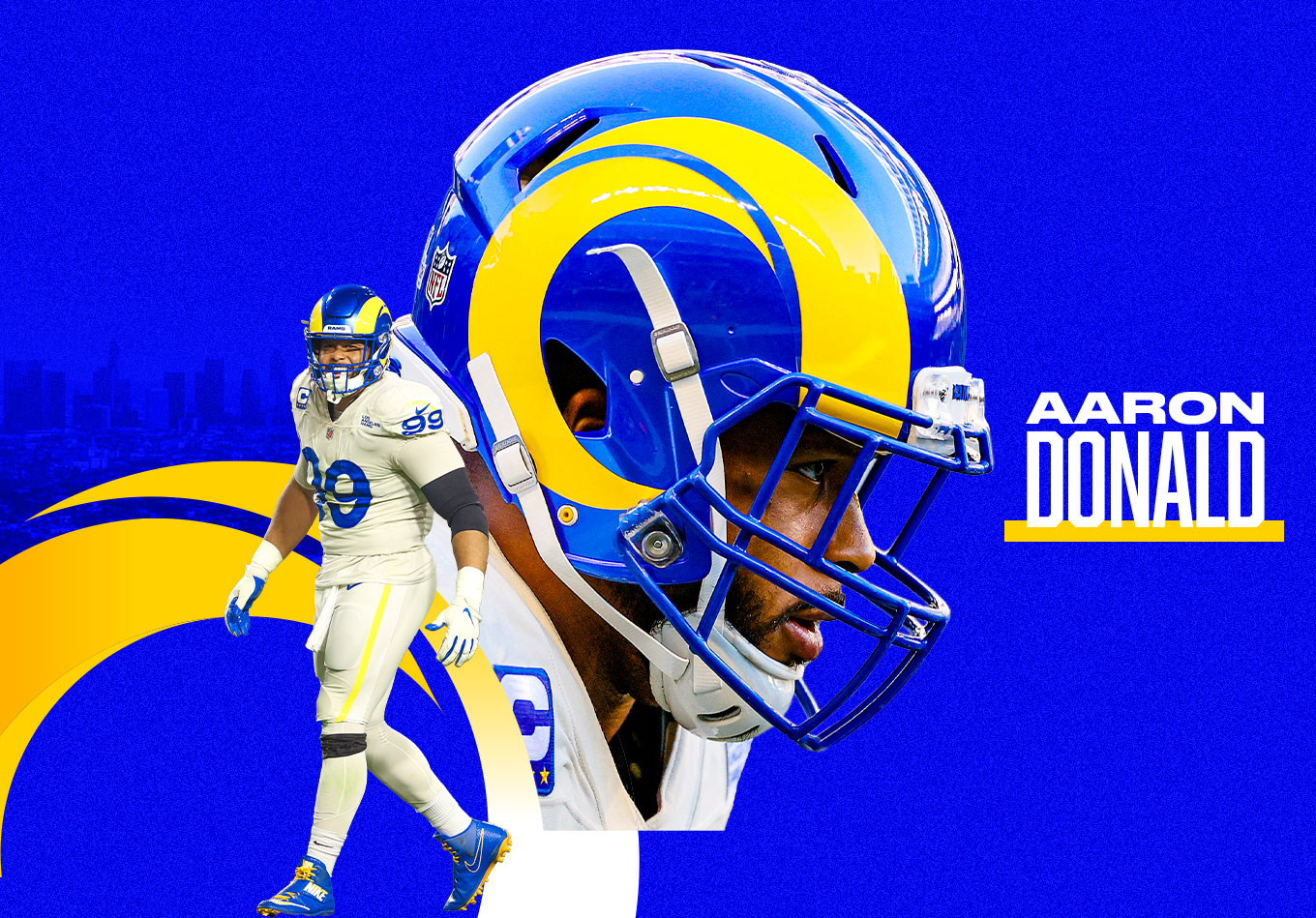 Why Aaron Donald Is Even Better Than You Think He Is

Don’t let the likely Defensive Player of the Year snub fool you. Donald won over 60% of his matchups against both the run and pass this season, while no other player finished above 50% in both categories. He’s still great, and better than you even realize.

Chances are Aaron Donald won’t be making history before he steps onto the field for Super Bowl LVI.

Perhaps he should be.

The Los Angeles Rams’ superstar isn’t likely to be introduced as the first four-time winner of the NFL’s Defensive Player of the Year award when he enters his home venue of SoFi Stadium this Sunday, as it seems a foregone conclusion that Pittsburgh Steelers edge rusher extraordinaire T.J. Watt will be taking home the honor off his historic 22.5-sack season.

Watt was recently selected as the Pro Football Writers of America’s Defensive Player of the Year, and nine of the last 10 PFWA winners went on to receive the league-recognized Associated Press version during the NFL’s annual Honors ceremony on the eve of Super Bowl Sunday.

Donald doesn’t even appear to be a serious candidate despite another dominant season in which our data analysts credited him with a league-high 135 quarterback pressures (defined as any play with a full or half sack, quarterback hit, hurry or knockdown).

In a recent NFL.com survey of high-ranking league executives from 23 teams, the perennial All-Pro defensive tackle received a mere one vote for Defensive Player of the Year, with Watt leading the balloting as expected and Dallas Cowboys rookie sensation Micah Parsons the closest competition.

The results are hardly surprising. Sacks still sell in the minds of voters, even in an era where advanced metrics are catching up to traditional stats as a player evaluation tool, and Watt just tied Michael Strahan’s NFL single-season record in that category.

Strahan was named Defensive Player of the Year for his brilliant 2001 season, as was Donald in 2018 and Watt’s brother, J.J., in 2012 when they eclipsed the 20-sack threshold. Kansas City’s Justin Houston didn’t win following a 22-sack campaign in 2014, but J.J. Watt did for the third time in his illustrious career after racking up 20.5 that same season.

Parsons will get some votes due to his unique versatility as an off-ball linebacker who saw a significant number of snaps as a pass rusher, a role he excelled in with a superlative 30.6% pressure rate when combining his plays as a blitzer with those he was used off the edge.

Donald’s 84 tackles and 12.5 sacks are less attention-grabbing, but those numbers don’t accurately convey the level of superiority he’s displayed. His win rate of 65.8% of one-on-one matchups was the highest of any player with at least 150 pass-rush attempts, and his already substantial pressure totals would surely have been even higher if he didn’t see the most double-teams (182) of any player this season.

What truly sets Donald apart, however, is his ability to both neutralize the run and harass the quarterback at elite levels. His 130 run disruptions were far and away the most in the NFL this season, 36 more than the next highest player (Pittsburgh’s Cameron Heyward), and his 61.5% win rate in one-on-one run-defending situations was the fourth best in the league among players with 50 or more matchups.

To summarize, Donald won over 60% of his individual matchups against both the run and pass. No other player finished above 50% in both categories this season.

As the chart below illustrates, Donald pressured the passer at a comparable level to the two favorites for Defensive Player of the Year while making a sizably larger impact against the run.

As you can see, the one area where Watt has clearly stood out is in adjusted sack rate, which ultimately will likely be the deciding factor in the defensive MVP race. But the numbers also show that Donald should be viewed as a serious threat to break his tie with J.J. Watt and the immortal Lawrence Taylor for the most Defensive Player of the Year honors in NFL history, instead of a mere afterthought.

Donald’s candidacy is hurt most by T.J. Watt’s sack barrage, and in part by the standards of greatness he’s set since overtaking the other Watt brother as the NFL’s premier defender of the last half-decade. His 2021 season would be a once-in-a-lifetime achievement for virtually any other player, but it looks routine when put up against his previous accomplishments.

One could even argue that Donald raised his game a slight notch from his stellar 2020 season which culminated in his third Defensive Player of the Year award:

Though he may not be adding any additional hardware to a possible first Super Bowl ring this winter, Donald did put himself into some rarefied air by becoming only the second interior lineman with five consecutive double-digit sack seasons since it became an official stat in 1982. He joins John Randle, who did so in a remarkable eight straight years from 1992-99.

It should be noted that J.J. Watt would very well have made that list as well if a herniated disc in his back not limited him to three games in 2016. Of course, injury-shortened seasons have often been the norm for the current Arizona Cardinals veteran in recent years, which makes Donald’s run even more impressive when factoring in his exceptional durability at such a physically demanding position.

While the elder Watt has played in only 55 of a possible 97 regular-season games since 2016, Donald has missed a mere two in seven NFL seasons. That’s quite a feat for a 280-pound tackle who routinely takes on offensive linemen outweighing him by 30 to 50 pounds.

That sturdiness draws another apt comparison to Randle, himself an undersized tackle who also overcame physical limitations to win with quickness, athleticism and sheer tenacity. The former Minnesota Vikings great began his career with a streak of 179 consecutive games played including playoffs, not having missed a contest until his 12th NFL season.

Randle never won a Defensive Player of the Year award – that can happen playing in an era alongside such generational talents as Reggie White, Bruce Smith and Deion Sanders – but he was a six-time First Team All-Pro who rightfully was elected to the Hall of Fame in 2010.

Donald will be headed to Canton someday as well. So for those who may be less enthused about a Super Bowl that won’t have Tom Brady, Patrick Mahomes or Aaron Rodgers as a participant, appreciate the opportunity to witness a player who will one day go down as one of the league’s all-time greats while he’s still very much in his prime.