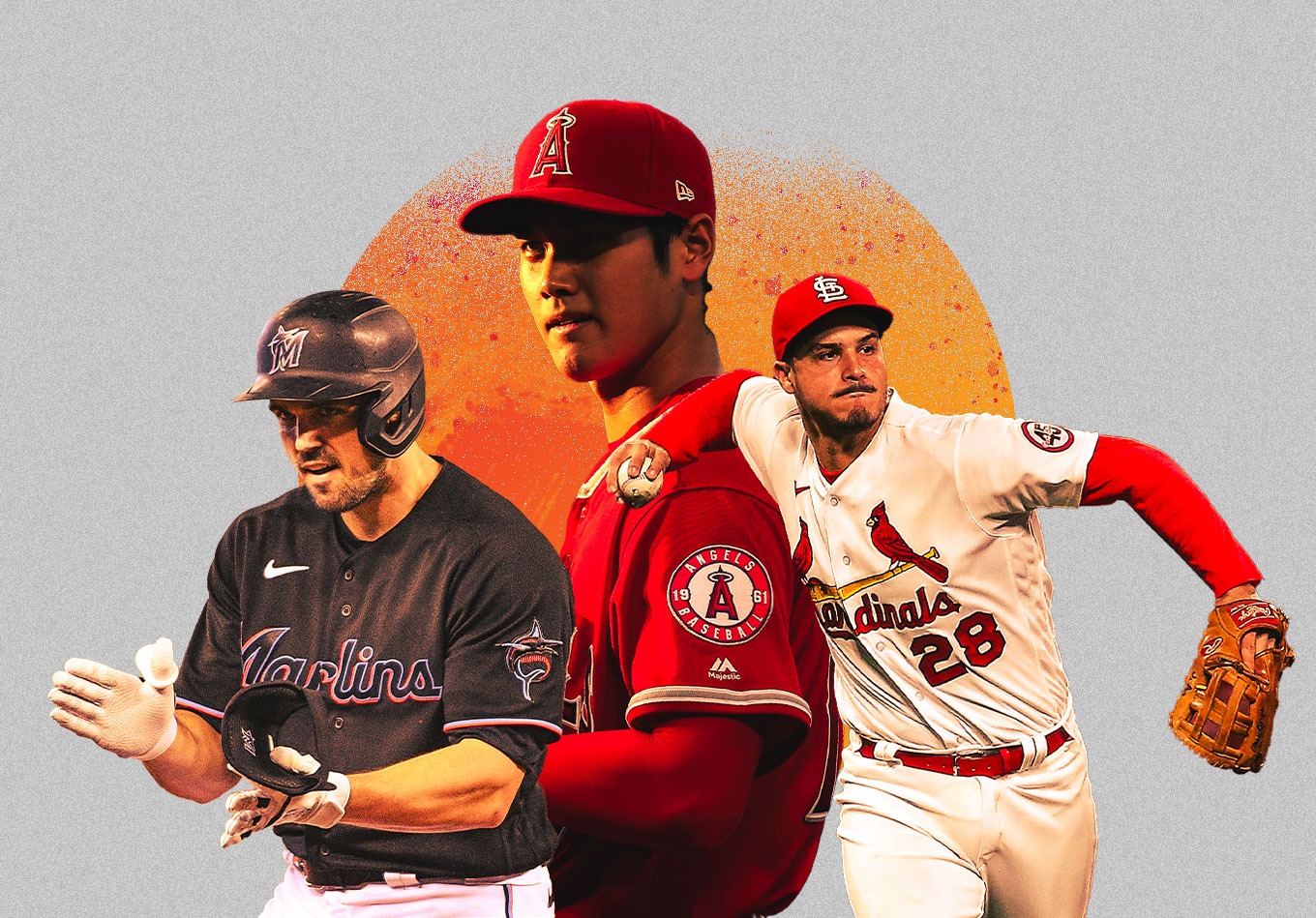 Sho Time and Controversy Highlight Baseball’s Superlatives of the Week

Well, first the graphic appeared on the broadcast: Opposing batters have gone 0 for 19 with 18 strikeouts against the pitch over his first three starts this season. That sounds… ominous.

The Los Angeles Angels’ two-way star has earned our extreme chase+ award for the past week for his work here victimizing poor Brandon Lowe of the Tampa Bay Rays.

We’re digging into the data to find who had some of the most remarkable hits, whiffs, home runs and at-bats of the previous seven days. Some of these might include the craziest BIP+ hit, the hit with the lowest probability of contact, the most unlikely home run and the best at-bat in terms of the most value added.

So what is extreme chase+? It’s measured using a complex algorithm that finds pitches similar to ones we’re looking at here and calculates how frequently those pitches were called strikes – in this case, none. So in order to find our winner, we analyzed the pitches that had the lowest probability of coaxing a swing over the past week and discovered the ones in which the batter malfunctioned and actually did take a pass at it. This was the worst of the bunch.

Ohtani was effectively wild in this start, allowing one hit while walking six and striking out seven over five shutout innings in a 3-1 loss Wednesday. He’s 1-0 with a 2.41 ERA with 30 strikeouts and 19 walks in 18.2 innings over four outings. But he’s generated a swing and a miss on 38.7% of his pitches so far, which would rank third in the majors if he had enough innings to qualify.

When he’s thrown his splitter, opposing hitters have swung and missed 59.5% of the time – including 78.9% on the 44 splitters (out of 70 total) he’s thrown out of the zone (like against Lowe).

Ohtani owns a whiff+ of 142 on his splitter, which is well above the league average of 100. Whiff+ measures the ability to generate swings and misses compared to the average pitcher.

We’ve taken a look at the pitches over the past week with the lowest probability of contact and then dug into whether any batters somehow made contact on those pitches. This week, this category is a controversial one.

In Monday’s game against the New York Mets, Cardinals slugger Nolan Arenado stayed alive by fouling off an impossible 1-2 pitch from Joey Lucchesi in the third inning. It sounded like there was a foul tip on the broadcast and Arenado’s reaction convinced the umpire that the star slugger did indeed get a piece of the curveball in the dirt.

Lucchesi wasn’t sold and was making his way to the Mets dugout.

A slow-motion close-up replay made it pretty clear that Arenado actually whiffed on the offering. Two pitches later, you guessed it, Arenado hit a three-run home run to left field to tie the game. Later in the inning, the hosts took the lead for good and held on for a 6-5 victory.

Brad Miller of the Philadelphia Phillies certainly had the exit velocity on our winner at 105.7 mph, but that only tells part of the story. It doesn’t measure the level of difficulty involved.

Not only did Miller smack a three-run shot to push the Phils’ lead to 6-1, but he did it lefty vs. lefty on a fastball way up and in. It’s no wonder that entering play Thursday, Miller ranked 10th in the majors with a 224 BIP+ (MLB average: 100).

In case you missed it, Luis Robert of the Chicago White Sox, Garrett Hampson of the Colorado Rockies and Ronald Acuna Jr. of the Atlanta Braves earned our first three most value-added at-bats of the week.

How did they do it? The batter gets credit for making good decisions and dinged for making bad ones (discipline+) on each pitch, a value for whether he’s able to make contact on his swing (contact+) and credit for how much damage he’s able to do once he makes contact (BIP+).

Using all three of those components (raw value+), we’re able to measure how much value a player adds to his offensive line in a single at-bat.

This week, Adam Duvall of the Miami Marlins added more value than any other player in a single at-bat during a six-pitch battle with Luke Weaver that resulted in a three-run homer in Wednesday’s 8-0 win over the Arizona Diamondbacks.

After falling behind 0-2 on a pitch that appeared to be well off the plate, Duvall managed to foul off a similar pitch outside before taking a pair of changeups that dove out of the zone. Having worked the count even, the veteran slugger belted a pitch that showed to be a ball – high and away – into the bullpen in left field.

The effort during the MVA at-bat of the week added up to a major positive in the raw value category for Duvall, who’s off to a slow start this year but finished with above league-average raw value+ totals of 110 in 2019 and 119 last season.