The Other Slim Reaper: Is Nets Big Man Nic Claxton a Two-Way Star in the Making? | The Analyst 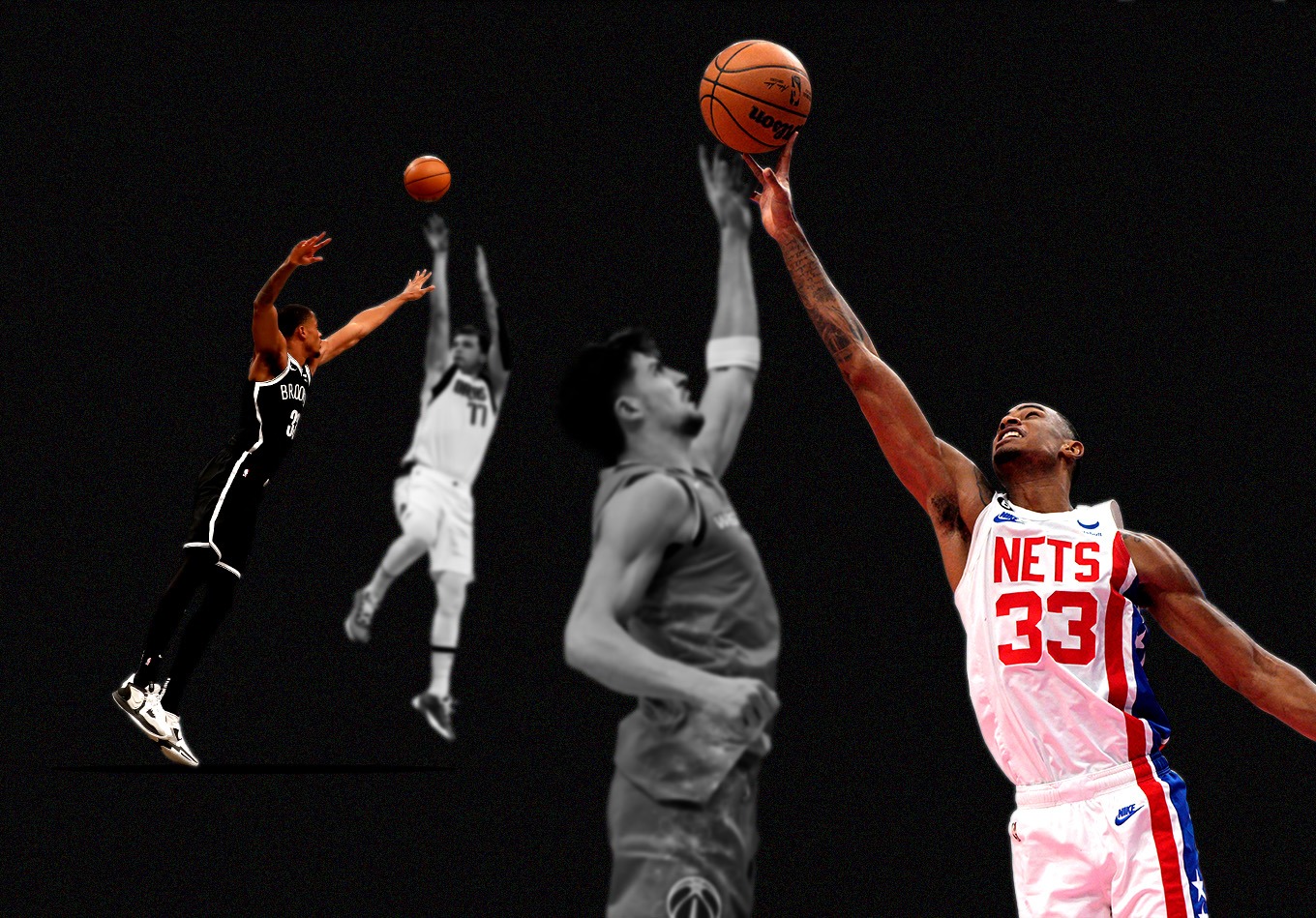 The Other Slim Reaper: Is Nets Big Man Nic Claxton a Two-Way Star in the Making?

Those were Nic Claxton’s comments after finishing with 15 points, 10 rebounds and a career-high six blocks in the Brooklyn Nets’ 119-116 win over the Toronto Raptors on Friday.

“We’ve been winning, my numbers are good. I’ve been protecting the rim, guarding 1 through 5. So it’s just me being me, doing what I do, bringing that energy. And it’s great for the team,” he added.

The once-dysfunctional Nets are now winners of six straight games and 10 of 11 overall. And while their bucket-getting tandem of Kevin Durant and Kyrie Irving deserves a lion’s share of the credit, the emergence of their fourth-year big man into a two-way force has proven essential to this team’s identity.

So just how good is Claxton? Is he the NBA Defensive Player of the Year candidate he claims to be? And how much value can a non-shooter bring to the offensive side of the floor?

A Sleeper for DPOY?

With defensive goliaths like Rudy Gobert, Brook Lopez, and Jaren Jackson Jr., it is hard to argue Claxton’s merits as the best defensive force in the league. Still, he’s not that far off the mark.

Claxton ranks 15th in the NBA in defensive DRIP (a projection of a player’s contribution to a team’s plus-minus per 100 possessions on defense) among players with at least 500 minutes this year, putting him right in the mix for All-Defensive Team honors.

As Claxton alluded to, he’s a supremely versatile defender. As a general rule of thumb, you can tell a lot about a team’s big man based on the coverage they use to defend ball screens.

The Nets typically deploy a switch-everything defense, both on and off the ball, and it’s because of the agility and lateral quickness of their ace in the middle.

This assessment checks out when you take a look at Claxton’s matchup data, which points at him “guarding 1 through 5,” just as he said.

From true guards like Terry Rozier and Fred VanVleet to rangy forwards like Pascal Siakam and OG Anunoby to bruising big men like Anthony Davis and Myles Turner, Claxton has it all covered.

Having a switch big man is huge for a defense because it means that teams can’t put it in automatic rotation with a simple pick-and-roll like they can with other defensive ball-screen tactics (i.e., hedging/trapping).

We’ve referenced the first-round matchup between the Memphis Grizzlies and Minnesota Timberwolves previously, but remember how Minnesota had to send two defenders at Ja Morant every time he received an on-ball screen because of Karl-Anthony Towns’ lack of mobility?

This worked in the sense that it got the ball out of his hands, but it came with the tradeoff of creating a 4-on-3 power play for the Grizzlies. The Nets don’t have to worry about this situation because Claxton’s switching helps a balanced 5-on-5 equilibrium.

Outside of his mobility, the other reason the Nets can seamlessly switch is that they have a cavalcade of rim protectors to clean up any breakdowns on the perimeter.

Brooklyn is lapping the field in blocks per 100 possessions with 7.0 (the next highest team – the Indiana Pacers – only average 6.0). So if you try to force one of the Nets’ bigs onto the perimeter by using their propensity to switch everything against them, there is a good chance that someone else is there to hold down the fort.

The head honcho of this shot-blocking clinic is, you guessed it, our friend Claxton. He’s third in the league in blocks per game (2.4) despite only averaging 27.8 minutes.

And the great part about Claxton’s brand of rim protection is that he’s not just hunting blocks to pad his stats. He’s using his pterodactyl length to alter his adversaries’ shot attempts.

According to NBA.com, he’s currently fifth out of the 147 players who defend at least 10 field goal attempts a game in “DIFF%.” The stat calculates the difference between a player’s regular field goal percentage and their percentage when guarded by that player (minimum 20 games played).

As a reference point, two of the four players ahead of him in this stat are former DPOYs themselves: Giannis Antetokounmpo and Draymond Green.

The only real weakness in his defensive game is his tendency to get himself in foul trouble (hence why he only averages 27.8 minutes). However, the silver lining is that most of the reasons he has this issue are systematic.

For one, he’s young (still only 23), and young players usually foul a lot – both because of inexperience and a lack of a benefit of the doubt from officials. The second (and arguably more important) reason is that while the Nets tout a ton of length, they don’t have much in the category of strength.

The players who usually earn minutes at the 4 and 5 – Claxton, Durant, Ben Simmons and Yuta Watanabe – are all more wirey than husky, making them susceptible to more traditional low-block bullies. Without a bruiser to eat up fouls, this group is forced to bang in the paint, which inevitably leads to fouls at an inordinately high rate.

But What About Offense?

Despite being the epitome of a non-shooter (he’s a 44.4% free-throw shooter this season) and possessing little to no off-the-dribble game, Claxton is managing to average a career-high 11.6 points on league-leading 70.4 true shooting percentage.

He has managed these outputs by seeking buckets through two sources: crashing the offensive glass and finishing around the rim.

Claxton’s offensive rebounding is a breath of fresh air to a team that ranks 29th in offensive rebound percentage (furthering the notion that the team lacks strength). Individually, Claxton is a terror on the offensive glass, ranking in the 91st percentile in the player version of that metric. This enables him to secure easy points via putbacks (96th percentile in putbacks).

He’s also fifth in the league in dunks (74), which is a solid indicator that he’s a good roller and lob threat. Unfortunately, due to Brooklyn’s personnel, he’s likely a bit underutilized in this regard. Durant and Irving prefer to work in isolation rather than by way of a ball screen, and this shows up in the team’s overall pick-and-roll ball-handler frequency, which is dead last in the NBA.

Their inclination in this regard is fine, considering they are two of the best self-generated scorers in the business. But it does have the inverse effect of limiting how much Claxton can do offensively since he isn’t the punctuator on a high volume of pick-and-rolls.

Moving forward, the biggest offensive question mark with Claxton will be his aforementioned shooting. His poor free-throw percentages make him the target of Hack-a-Shaq tactics, making it difficult to close games with him.

Still, if he can inch his charity stripe conversion rate closer to 60% and Brooklyn can work in more opportunities for him to demonstrate his aerial artistry, he becomes a positive offensive player relative to his position.

When you combine that with his ability to switch on nearly any opponent and his power to alter and erase shots around the rim, you have the ingredients of a player who can play big minutes for a championship contender.