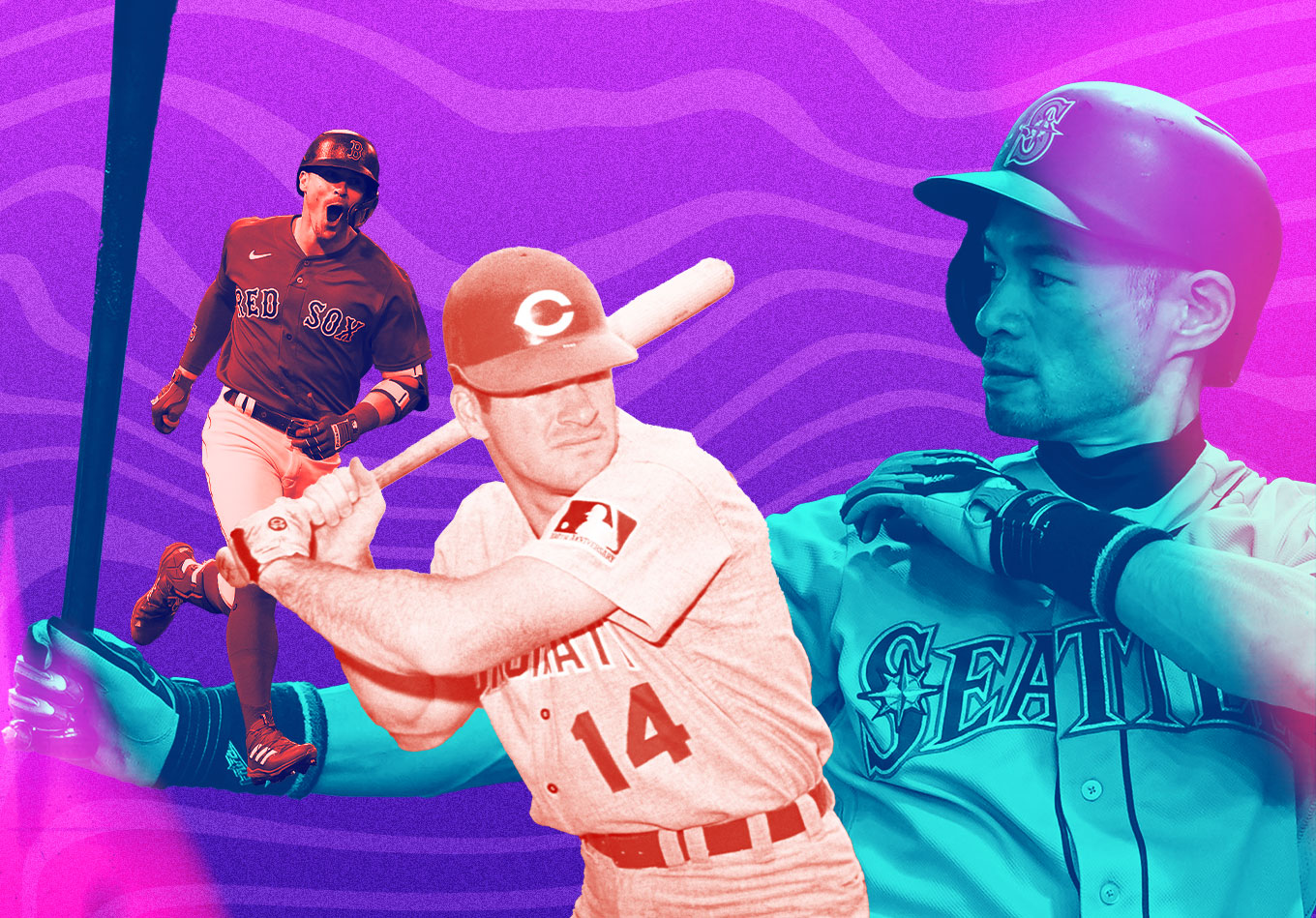 Locked In: The Most Hits in a Game, Season and Career in MLB History

After their first four games of the 2022 season, Wander Franco and Steven Kwan were leading Major League Baseball in hits.

Franco had gone nine for his first 13 at-bats for the Tampa Bay Rays and the relatively unknown Kwan of the Cleveland Guardians caught everyone’s attention by going 9 for 13 over the first five-day stretch of the lockout-delayed campaign.

But four games? Five days? Cleveland’s Johnny Burnett only needed one to record his modern-day, big league-record nine hits, though it came over 11 at-bats and 18 innings in a wild 18-17 loss to the Philadelphia Athletics on July 10, 1932.

Burnett, a shortstop who hit .284 with 521 career hits over nine seasons, became the first player to have at least seven hits in a game that day.

Since then, Rocky Colavito and Cesar Gutierrez of the Detroit Tigers, Rennie Stennett of the Pittsburgh Pirates and Brandon Crawford of the San Francisco Giants have all joined the club.

But what about the most hits in a playoff game? In a season? In a career? Well, we’ve delved into the history books to bring you the answers to those questions and more.

First, let’s finish our thought on the most hits in a game. The performances by Burnett, Colavito (22 innings), Gutierrez (12) and Crawford (14) all came in extra-inning contests. So what’s the record for hits in a nine-inning affair?

Most Hits in a Playoff Game

There are 10 hitters tied with five hits on this modern-era list, with the most recent being Kiké Hernández of the Boston Red Sox against the defending American League champion Rays in Game 2 of the AL Division Series on Oct. 8, 2021.

Will Smith of the Los Angeles Dodgers also accomplished this feat versus the San Diego Padres in Game 3 of the National League Division Series exactly one year earlier.

Paul Molitor and Albert Pujols pulled off their big games on the biggest stage. Molitor helped lead the Milwaukee Brewers to a 10-0 rout of the St. Louis Cardinals in Game 1 of the 1982 World Series, while Pujols did his damage – which included a Series record-tying three home runs – in the Cardinals’ 16-7 win over the Texas Rangers in Game 3 of the 2011 Fall Classic.

Hideki Matsui’s five hits came in a 19-8 blowout of the Red Sox that gave the New York Yankees a seemingly insurmountable 3-0 series lead in the 2004 ALCS. Unfortunately for the Yankees, it wasn’t. Boston would win the next four games and go on to sweep the Cardinals in the World Series.

Most Hits in a Season

Pete Browning of the Louisville Colonels and Tip O’Neill of the St. Louis Browns hold the all-time single-season mark, with Denny Lyons of the Philadelphia Athletics fifth on the list because of their performance during the apparently hit-happy 1887 season.

Ichiro finished with over 200 hits in 10 straight seasons between 2001-10 and became only the seventh player to end up with 3,000 hits and 500 stolen bases for his career.

Most Hits in a Single Postseason

Chalk this one up to the start of the wild-card era as all the top players in this category had their big postseasons since 1995.

In albeit in an MLB-record (tied with three other teammates) 20 playoff games, Randy Arozarena strung together more hits than anyone in baseball history in a single postseason with 29 in 2020 while helping the Rays march to their first AL pennant since 2008.

He also hit a record 10 home runs that postseason and went 9 for 28 (.321) with four homers – including one in Game 7 – against the Houston Astros in the ALCS, earning MVP honors for the series.

But Arozarena wasn’t just a one-postseason wonder. He leads all active players with a .354 batting average in 96 at-bats across three postseasons between 2019-21.

Most Hits in a Postseason – Career

Again, you had to figure there’d be batters from the wild-card era here, given there have been playoff games aplenty since 1995.

And it’s probably not a surprise that Derek Jeter easily sits on top with several other former New York Yankees listed throughout the top 10.

He put together perhaps his best postseason in 1999 when he went 18 for 48 (.375) with three doubles, a triple and a home run to help the Yanks go 11-1 – including a four-game sweep of the Atlanta Braves in the World Series.

Most Hits in a Career