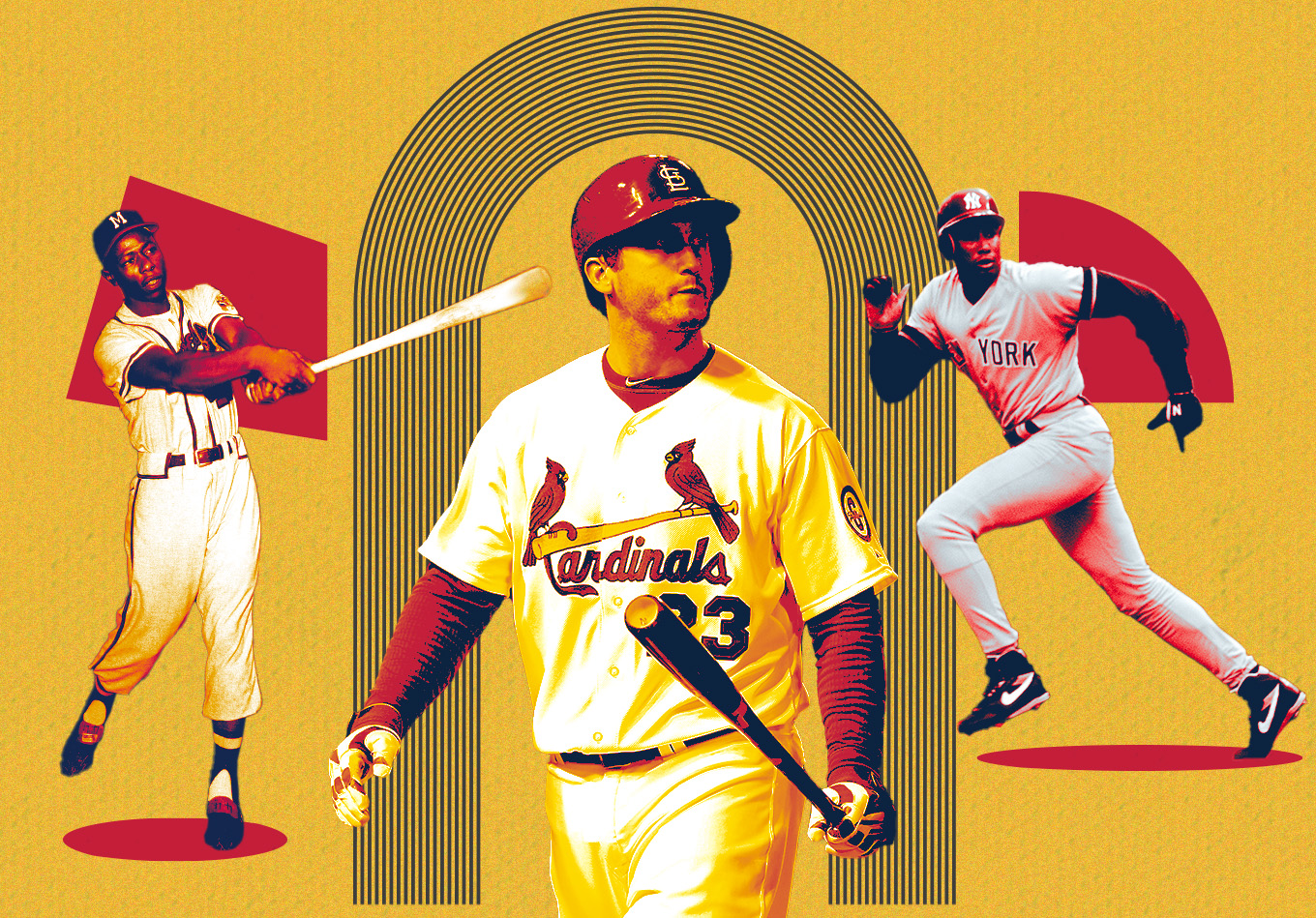 The stat has been under fire by the advanced analytics community for quite some time. After judging hitters by how many runs they drive in throughout much of baseball history, the consensus has finally seemed to shift. Most agree that RBIs are not of the utmost importance in determining the game’s elite.

But you know what can be fun? Watching one player drive in a whole bunch of teammates. And RBIs are much like pitcher wins in that, while they are not the best way to judge players, a whole lot of very good players show up at the top of career lists.

So, let’s turn off our anti-RBI brains for one day, and salute those who have driven in the most teammates in given periods of time.

The career leaders in RBIs is a shortlist of the best players of all time. And at the top is one of the most consistently elite players ever.

Hammerin’ Hank Aaron is known for his home runs, but he also led the league in RBIs four different times for the Milwaukee and Atlanta Braves. He had more than 100 RBIs 11 times, eventually surpassing Babe Ruth atop this list. His lowest RBI total in a single season between 1955-71 was 89.

Salvador Perez led the league with 121 RBIs in 2021. A player would have to average that number for 19 years to topple Aaron’s career total. Good luck with that.

The 1920s and ‘30s were a boon for sluggers in the middle of lineups, as the top 11 single-season RBI totals are from those two decades. The most RBIs by anyone in a season since 1940 was 165 for Manny Ramirez in 1999, which is tied for the 13th most in a single season.

At the top of the list is Hack Wilson, a hitter who would’ve fit in well in the three true outcome world of today’s MLB.

Wilson not only set the record for RBIs in 1930, but led the league in home runs, walks and strikeouts as well. His timing wasn’t the best, however, as MLB elected not to have an official National League MVP that year due to financial restraints.

A pair of St. Louis Cardinals top this list, as Jim Bottomley and Mark Whiten are the only two players to drive in 12 runs in one game in MLB history.

As you might expect, neither game was close. Bottomley drove in his 12 RBIs in a 17-3 win over the Brooklyn Robins and Mark Whiten knocked in his 12 in a 15-2 win over the Cincinnati Reds. Bottomley hit two of his 14 home runs on the season while going 6 for 6, while all four of Whiten’s hits were home runs.

Most RBIs in a Postseason Game: Four Players Tied (Seven)

There have been five instances with seven RBIs in a playoff game, with Kiké Hernández having the only game since 2000.

Hernandez hit three home runs in Game 5 of the 2017 National League Championship Series to help the Los Angeles Dodgers advance to World Series and get revenge on the Chicago Cubs after losing to them in the 2016 NLCS.

Troy O’Leary was a dismal 2 for 16 in the first four games of the 1999 American League Division Series for the Boston Red Sox in 1999, but he hit a three-run home run and a grand slam in Game 5 to help Boston beat Cleveland and take the series.

But O’Leary only tied his teammate for the most RBIs in a game that series because John Valentin knocked in seven runs in Game 4 – a 23-7 Red Sox rout. So of the five times a player had seven RBIs in a postseason game, two happened for the same team in back-to-back games.

Yet another Red Sox player had accomplished the feat just one year earlier – also against Cleveland. Mo Vaughn had seven RBIs in an 11-3 rout in Game 1 of the 1998 ALDS. Cleveland got the last laugh that year, though, winning the next three games and taking the series.

David Freese spent the entire 2011 postseason on fire, leading the St. Louis Cardinals all the way to a World Series championship.

Freese started the playoffs with five RBIs in five games in the NLDS, then won NLCS MVP honors with nine RBIs in six games against the Brewers.

Most RBIs in a Postseason Career: Bernie Williams (80)

A player has to appear in a lot of playoff games to be atop the career postseason RBI leaderboard. And Bernie Williams sure did play in a lot of postseasons.

Williams is third all time in postseason games with 121, trailing only teammates Derek Jeter (158) and Jorge Posada (125).

Jeter is also the only player with more postseason runs than Williams, so you could say the top of the Yankees lineup was pretty successful during that era.