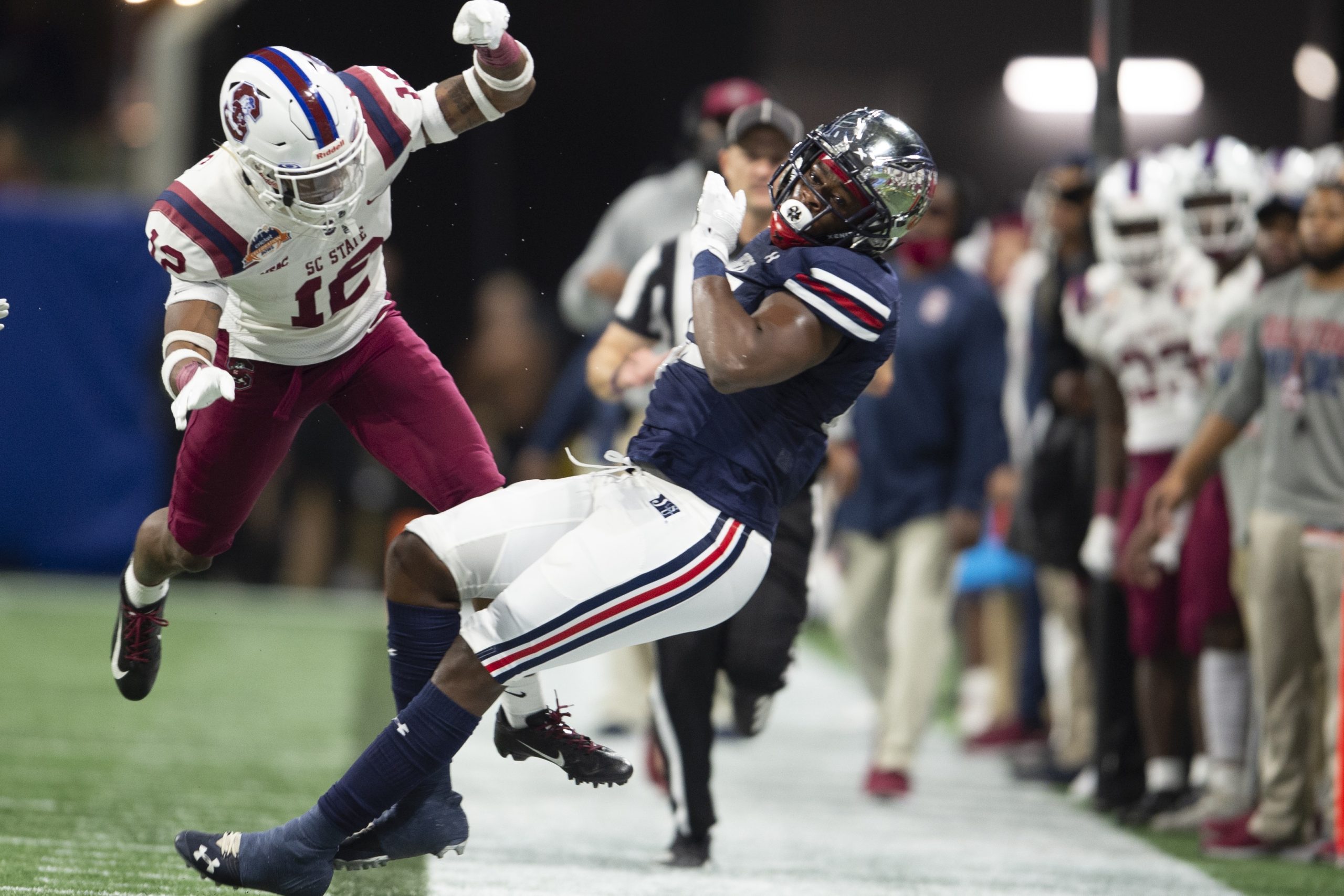 5 Freak-Out Factors Heading Into the 2022 FCS Season, and Why You Should Relax

The preseason is supposed to be a time for optimism everywhere, but the worrywarts come out often in FCS college football.

So, yes, stay off social media if you think we’re talking about you.

With the 2022 season on the horizon, here are five freak-out factors across the nation, but also reasons why you should relax about them:

With FBS Exits, the Sky is Falling on the Subdivision

Freak-Out Factor: The only FCS national champions in the last 11 seasons not named North Dakota State won’t be in this year’s playoffs – James Madison (2016) is off to the FBS already and Sam Houston (2020) isn’t eligible as it transitions to the upper tier of Division I football. Add in 2015 national runner-up Jacksonville State also out of the playoff mix prior to its FBS move, and the strength of the FCS is getting watered down by the loss of programs.

Or Relax: This isn’t the first time quality programs have moved up from the FCS to the FBS –Appalachian State, Georgia Southern, Coastal Carolina and Liberty are examples in recent years. It’s happened in the past, it’s happening now and it will happen again. Yes, the losses hurt, and national powers can never be replaced fully, but the FCS recycles and other programs emerge or re-emerge. Even with James Madison’s departure, three new FCS programs have raised the subdivision to a record 130 programs this season.

Freak-Out Factor: National power Eastern Washington hasn’t entered a season needing to replace its starting quarterback since 2016, but are now faced with replacing Eric Barriere, the 2021 Walter Payton Award recipient who also was the 2020 runner-up for national offensive player of the year. After their home opener against Tennessee State, the Eagles face a five-game stretch that would bury most teams: at Oregon, Montana State (2021 FCS runner-up), at Florida, at Weber State (2017-20 Big Sky champ) and Sacramento State (2019 and ’21 Big Sky champ).

Or Relax: Gunner Talkington served as Barriere’s backup since 2018, so he’s prepped for the opportunity to run Eastern Washington’s high-powered offense. He lacks size (listed as 5-foot-10), so that tends to make people look beyond him for the next-best thing. But he has played in 38 games (sometimes only as a holder), won his only career start last March and has been named a team captain for the upcoming season. Oh yes, he has the catchy name for his position.

Freak-Out Factor: The Jackrabbits should enter the season ranked second nationally, but likely have the nation’s hardest road schedule in Iowa, Missouri State, reigning FCS champ North Dakota State, North Dakota and Northern Iowa. It could keep them from earning home-field advantage throughout the playoffs, and they’re 0-4 on the road in semifinal-round games since 2017.

Or Relax: Just as there’s a gap between NDSU’s FCS dynasty and the rest of the nation, there’s likely another gap between SDSU and the rest of the subdivision. While the road schedule is daunting, the Jackrabbits are accustomed to playing such big games and their veteran lineup boasts NFL prospects (will junior tight end Tucker Kraft top the list?). Oh, yes, despite the four semifinal-round losses since 2017, they’re still tied for the fourth-most road wins in the FCS across those five seasons.

Freak-Out Factor: The ASUN and Western Athletic Conference hastily renewed last year’s alliance in May, keeping their automatic bid to the FCS playoffs, but the league scheduling is messy: the ASUN has five playoff-eligible teams and the WAC only three after UIW nixed a planned move into the conference and Lamar departed a year ahead of schedule. There are only two crossover matchups – Stephen F. Austin hosts Central Arkansas and Southern Utah travels to Eastern Kentucky, while Abilene Christian doesn’t face an ASUN opponent.

Or Relax: Both conferences are working to determine the overall AQ awarding metrics, but note it’s not a new scenario in the FCS. There are five conferences of 10 or more schools that have unbalanced scheduling (read as an uneven strength of schedule), plus the seven-member Ohio Valley Conference also is going with one fewer conference game due to Lindenwood’s addition after many schedules were in place. The WAC’s playoff-eligible teams all play the ineligible Tarleton and Dixie State, so perhaps they can be used to get them to four games in the standings.

Freak-Out Factor: The Southwestern Athletic Conference has soared with national attention since Deion Sanders’ arrival at Jackson State two years ago, but there are nagging issues. Including losses to the rival Mid-Eastern Athletic Conference last season, the SWAC is just 4-11 in the MEAC-SWAC Challenge and 1-5 in the Celebration Bowl. Those records aren’t too bad when compared to the SWAC’s 0-20 all-time record in the FCS playoffs following Florida A&M’s first-round exit last season, and the HBCU conference hasn’t defeated an FBS opponent since 1978.

Or Relax: The SWAC just needs to be the SWAC and continue building its surging profile. The conference’s history is mind-blowing, with its 12 programs (up after adding FAMU and Bethune-Cookman from the MEAC last July) boasting many of the greats in football history. Key recruits and transfers are flocking to the conference, and the commitment to football appears up. The SWAC has led all conferences in attendance average in 43 of the first 44 FCS seasons. With all of the positive factors, the wins will follow out-of-conference.