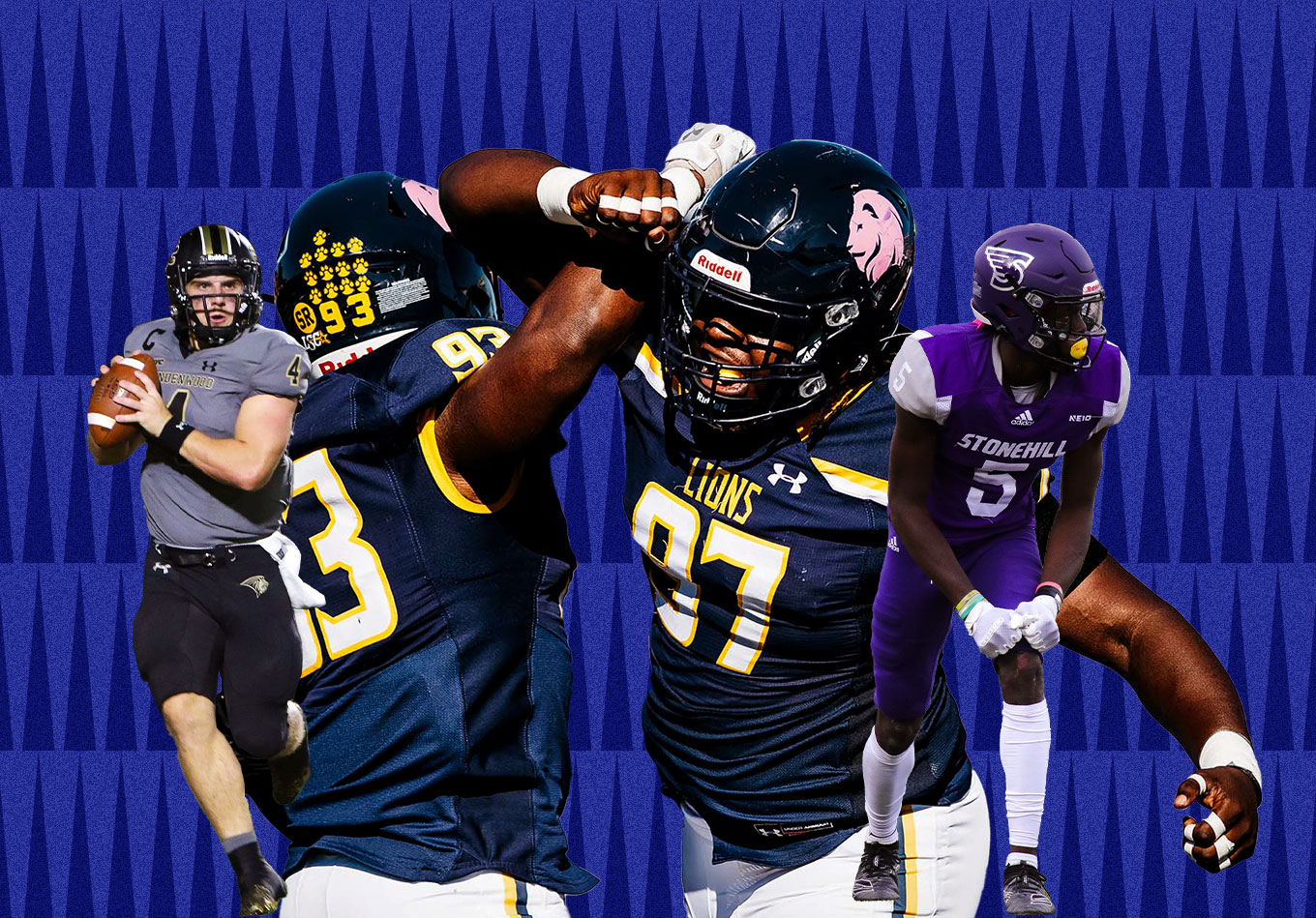 The addition of three college football programs making the jump from NCAA Division II will increase the Football Championship Subdivision to a record 130 schools in the 2022 season.

Texas A&M-Commerce announced in September it would move to Division I as a Southland Conference member and was followed this year by Lindenwood (Ohio Valley Conference) and Stonehill (Northeast Conference). Their D-I status becomes effective on July 1.

The following is a snapshot of the three incoming programs:

The Skinny: Stonehill makes the jump to the FCS off its best record since 2013, set to join recent NE-10 members LIU and Merrimack in the NEC (their transitions from D-II began in 2019). Quarterback is up for grabs as the Skyhawks replace two-year starter Anton Stoneking, but the new No. 1 will be surrounded by experienced players. There are playmakers in wide receiver Chris Domercant, who averaged 21.5 yards on 38 receptions, including nine touchdowns, and junior running back Jermaine Corbett, who in the second half of last season rushed for 254 yards and two TDs in his first career start. Also, the offensive line returns Joe Bastante and Thomas Walsh. The defensive leader could be linebacker Marje Mulumba.

The Skinny: A&M-Commerce is the strongest of the three transitioning programs – a two-time national champion (1972 NAIA and 2017 Division II) with its football alums including Harvey Martin, Wade Wilson and Dwight White. After a run of five straight postseason appearances ended last season, Bailiff went big on transfers, including quarterback Jagger LaRoe (Ohio State), wide receiver B.J. Busbee (San Diego State) and running back Reggie Branch (UIW). Jagger appeared to have an edge in spring practice over returning QBs Jaiave Magalei and Eric Rodriguez. While the offensive line will have four new starters, the defensive line returns a lot, including tackle Ben Hutch and end Celestin Haba.