Cover 3: The Must-See Matchups of the NFL’s Opening Weekend | The Analyst 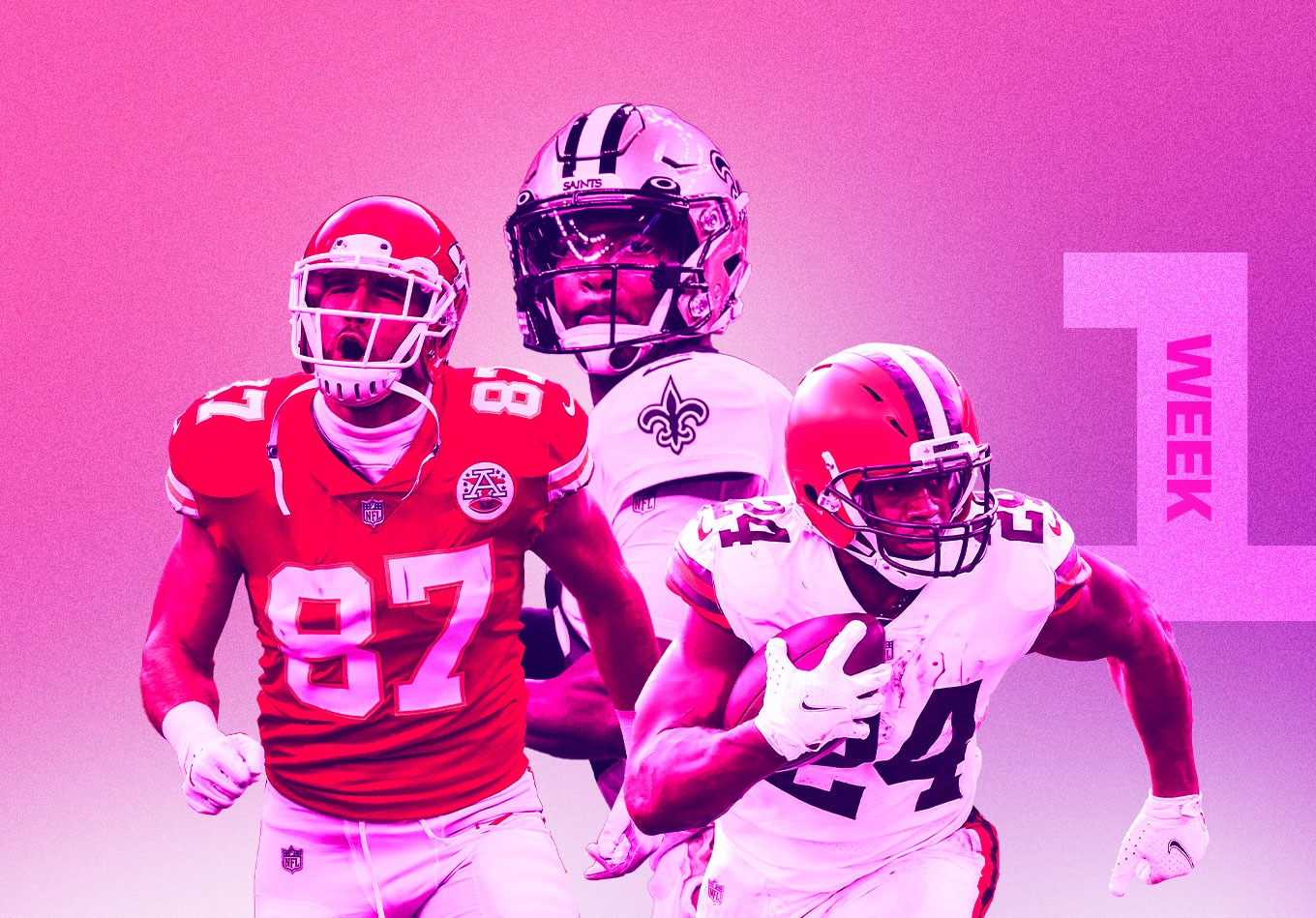 Cover 3: The Must-See Matchups of the NFL’s Opening Weekend

The 2021 NFL season got off to a sensational start with a fantastic finish in Tampa Bay.

Thursday’s opener between the Dallas Cowboys and Tampa Bay Buccaneers was the highest-ranked game on our watchability index for Week 1, and the marquee matchup certainly didn’t disappoint with an action-packed, back-and-forth affair decided in the final seconds.

The Buccaneers’ narrow 31-29 victory also justified our claims that the Cowboys may be primed for a big turnaround in 2021 after enduring a rough 6-10 season loaded with devastating injuries, the most notable of course being a broken ankle to star quarterback Dak Prescott.

There’s no shortage of appetizing games on the menu for the remainder of opening weekend. The Pittsburgh Steelers’ visit to Buffalo pits two of the top three seeds from last season’s AFC playoffs, while the Atlanta Falcons’ clash with the Philadelphia Eagles is one we view as an under-the-radar encounter between teams that could exceed the public’s modest expectations under rookie head coaches.

And let’s not forget the “Sam Darnold Revenge Game” showdown between the Carolina Panthers and Wilson’s New York Jets – a game that offers far more intrigue in Week 1 than it probably would if these rebuilding teams were facing off in mid-December.

While options are indeed aplenty, we’ve highlighted three games that should be worth investing a good portion of your weekend for their interesting subplots, abundance of star power and high probability of being close and competitive contests.

Reasons to watch: It’s one of two opening-week matchups between 2020 division winners (Steelers-Bills being the other), and the one we see as the more compelling of those games. It’s the start of the post-Drew Brees era for the Saints – in Jacksonville, of all places – and quite possibly the beginning of the end of Aaron Rodgers’ legendary tenure in Green Bay.

If this was a college postseason game, it could aptly be named the Drama Bowl. Rodgers’ drawn-out disconnect with the Packers’ front office was the soap opera of the offseason, while the Saints are dealing with a different kind of tumult after being currently displaced by Hurricane Ida – a situation eerily like when Hurricane Katrina forced them to spend the entire 2005 season away from New Orleans.

That season, a 3-13 calamity on several levels, was also the last they had a quarterback other than Brees start an opener. This New Orleans team isn’t likely to suffer the same fate, and there’s reason to believe they can give the Packers all they can handle in a game many prognosticators feel Green Bay can win comfortably.

All eyes will be on Jameis Winston in his first opportunity out of Brees’ formidable shadow, but how effectively Kamara and the running game is able to control the clock and keep reigning league MVP Rodgers off the field may ultimately determine the outcome.

We project him to have 5.4 catches for 54.1 yards through the air, but only 51.5 yards on the ground in this matchup. The Packers were 12-0 last season when allowing under 140 rushing yards and 1-3 when opponents hit or exceeded that number.

Reasons to watch: It’s a rematch of last season’s AFC divisional playoff, in which the upstart Browns gave the defending conference champions quite a scare in a 22-17 Kansas City win that wasn’t decided until backup quarterback Chad Henne completed a fourth-and-1 pass near midfield in the final minute.

With Patrick Mahomes, arguably the game’s premier player, back to direct an offense that led the NFL in total yards in 2020, the Chiefs remain the AFC’s gold standard as they aim for a third straight conference title. But after finally ending a playoff jinx that lasted nearly two decades, the Browns appear to be a worthy challenger to Kansas City’s crown with a talented roster sporting few glaring holes.

Cleveland has the league leader in missed or broken tackles per touch last season in Nick Chubb, an elite offensive line and a now-healthy Odell Beckham Jr. at wide receiver to give the offense another dimension. And if free-agent signee Jadeveon Clowney can recapture the form that once made him among the league’s premier pass rushers after two injury-plagued seasons, the Browns may finally have a long-sought-after bookend to All-Pro Myles Garrett on the edge.

Pass protection was undoubtedly the Chiefs’ area of weakness in 2020, as evidenced in the Super Bowl loss to Tampa Bay in which Mahomes was constantly under siege. That area was addressed this offseason with a completely rebuilt unit that now features two veteran standouts on the left side in tackle Orlando Brown Jr. and guard Joe Thuney, though the other three projected starters have all never taken a snap in a regular-season game.

Cleveland’s defense has our second-highest projected pressure rate for this season and can surely cause havoc if KC’s new outfit has yet to gel.

Reasons to watch: It’s Monday Night Football, for one. What else are you going to watch? It’s also the Raiders’ first regular-season game in Las Vegas with fans, so the atmosphere inside Allegiant Stadium should be electric. Plus this is a sneaky-good matchup that’s been further evened by a few concerning injuries on the side of the favored Ravens.

With the highest projected win total of any team according to our model, the Ravens seem well-positioned for a Super Bowl run and to end a frustrating streak of playoff failures in each of the last three years. That may still be the case, but they’ll now need to overcome season-ending ACL tears to three players expected to hold down key roles to reach those goals. Baltimore will be without its top two running backs in J.K. Dobbins and Gus Edwards, but ball-hawking cornerback Marcus Peters and his league-leading 31 interceptions over the last six seasons may be the most difficult to replace.

At first glance, the Raiders appear bound for another middle-of-the-road season after finishing 8-8 last year and 7-9 in 2019. But two of last season’s defeats came in the final minute and another was in overtime, and a retooled defense now under the tutelage of veteran coordinator Gus Bradley should improve on a lackluster 2020 performance.

The blueprint to beating the Ravens is no mystery: make quarterback Lamar Jackson throw the football instead of running it. Including the postseason, Baltimore is a gaudy 26-2 when the dynamic 2019 NFL MVP has 27 or fewer pass attempts and 5-8 when he throws 28 or more. It’s still a task that’s clearly easier said than done, especially for a Las Vegas defense that was hardly stout against the run in 2020 and focused much of its time and money this offseason on upgrading an anemic pass rush.

The Ravens’ injury issues at running back could provide an equalizer, however. Baltimore loaded up on veteran retreads (Le’Veon Bell, Devonta Freeman, Latavius Murray) within the past week, but the undrafted and unproven Ty’Son Williams is the only healthy back to be on the roster throughout training camp.