Red Velvet: Why Kevin Huerter Is the Hawks’ X-Factor | The Analyst 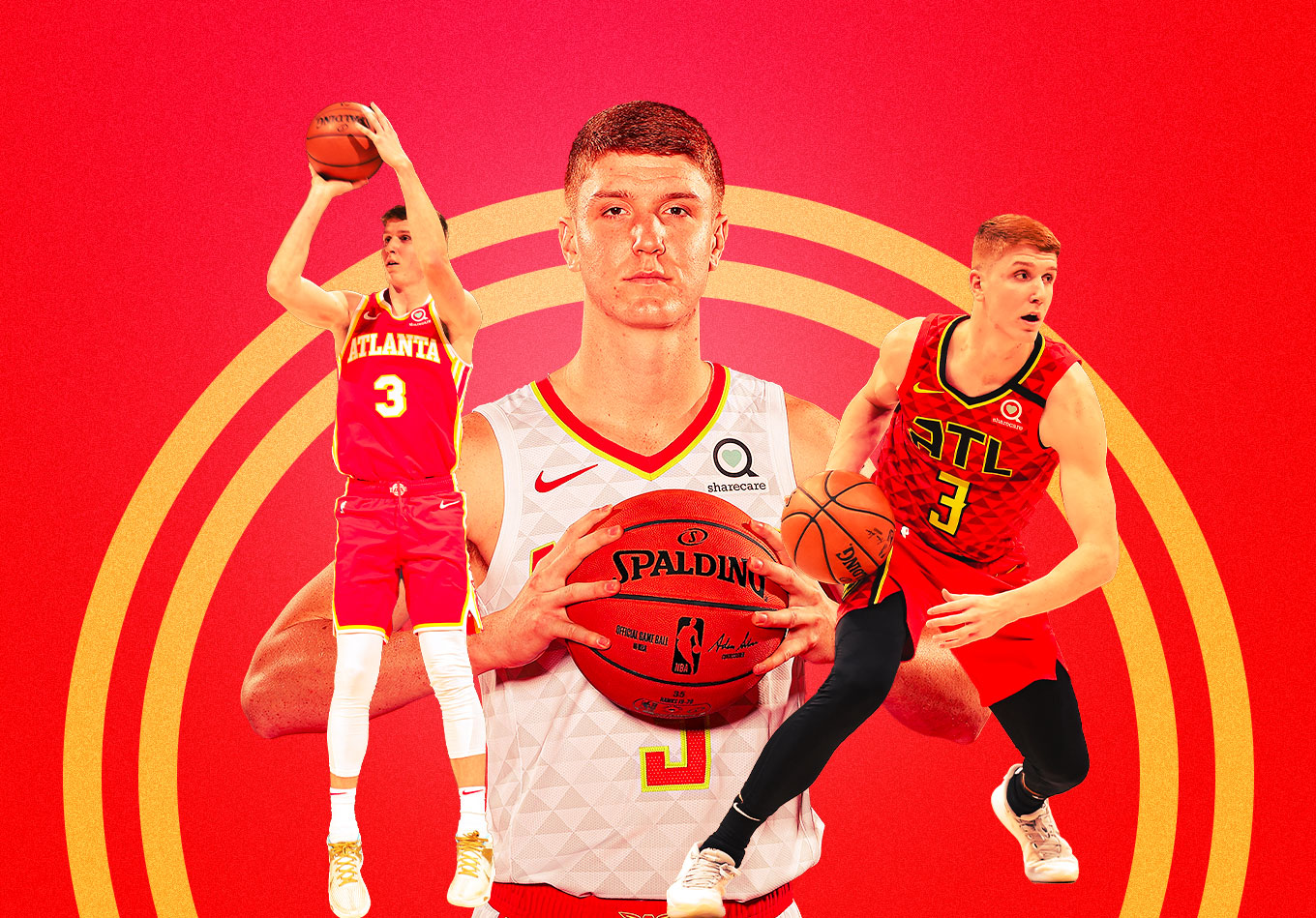 Red Velvet: Why Kevin Huerter Is the Hawks’ X-Factor

This year’s NBA playoffs have thrust the 2018 draft class into the spotlight.

Luka Doncic dazzled and dimed his way to a Game 7 duel against the Los Angeles Clippers. Trae Young, with virtuoso passing and slippery scoring, became the villain of New York in leading the Atlanta Hawks to their first series victory since 2016-17. Deandre Ayton has sustained his third-year blossoming to help propel the Phoenix Suns into the Western Conference finals.

The top-20 picks feature 10 guys who received rotation minutes or better for a play-in/playoff squad this year. Among those is Kevin Huerter, who, despite registering the lowest 3-point clip of his career this season (36.3%), took a sizable step forward during the regular season and has elevated his game to another level in the playoffs. Averaging 9.4 points, 3.6 rebounds and 1.4 blocks on 63.2% true shooting (.486/.455/.600 split), he was instrumental in Atlanta’s five-game dispatch of the New York Knicks, providing steady, complementary two-way contributions.

A tepid Game 3 against the Philadelphia 76ers – 1-of-6 shooting and four fouls – skews the immediacy of his postseason ascension. Yet he’s still serving as a necessary release valve against the Sixers’ pressurized defense, which is rightfully prioritizing Young and muting the ripple effects of his creation, and continuing to offer impact as a wing defender. He notched 35 points on 90.0% true shooting across Games 1 and 2, and through eight playoff contests, is posting a nifty 11-3-2-1 line on 67.8% true shooting (.533/.447/.667 split) in 25 minutes a night.

Still just 22 years old, he’s solidifying himself as an integral part of the Hawks’ youthful core and perhaps earning himself a contract extension this offseason if they wish to lock him up long-term without the risk of restricted free agency.

As a secondary initiator touting playmaking and long-range shooting chops (37.6% from deep, .537 3-point rate for his career), he accentuates Young, perfectly capable of commandeering possessions when opposing defenses engulf the All-Star guard or allowing him to function off the ball in search of a bit more room.

The sheer ability to facilitate offense as a decision-maker can be simple in value, like this, where Young utilizes his jitterbug shiftiness for space, free from the handcuffs of lead ball-handling duties as Huerter organizes the offense.

Or, it can be a bit more complicated, necessitating competency as a dribbler and distributor. He exemplifies utility in ball-screens, equipped with the proper timing to execute complex passes and generate offense when advantages are fashioned.

Huerter has showcased functionality as an auxiliary creator for years. His meaningful and stark improvements this season have occurred defensively and as an interior scorer, both of which coincide with Atlanta’s playoff run.

After shooting just 45.5% on 2s during his first couple of years, he converted 51.0% of those looks during the regular season and is 15 of 22 (68.2%) in the playoffs. Fueled by strength gains, particularly in his upper body and core, his 6-foot-7 frame has become a genuine asset for catalyzing buckets.

Repeatedly, he’s overwhelmed the 6-foot-2 Seth Curry for buckets, as well as a slew of other undersized defenders, in ways only flashed periodically before. By incorporating newfound control into his intermediate bag of tricks, less often succumbing to defensive inquiries and being shifted off-kilter, he’s encountering greater success.

After shooting 40.0% and 41.4% from mid-range as a rookie and sophomore, he was up to 50.5% in 2020-21, establishing the region as a reliable means of self-creation. His strength is no longer an imposing hindrance. His size and touch are enabling him to flourish off the bounce here.

Budding strength pervades through both sides of the floor in his third-year breakout. Not only has it proven to be a skeleton key for his mid-range arsenal, it’s helping him mature as an on-ball defender. He’s moderately fluid and laterally quick for a 6-foot-7 wing, but in past years was prone to ceding paint pressure and preferred shots because of underdeveloped strength.

The concept of “fit” is typically associated with offense, but it absolutely applies defensively. Huerter will not be maximized as a headlining perimeter stopper because his athletic limitations – a lack of premier foot speed and strength – preclude him from thriving in such a role. But pin him to someone filling an ancillary creation role is suitable, while also encouraging him to still be effective as a team defender.

Dating back to his rookie year, he’s exhibited adept awareness and understanding as an off-ball defender. That hasn’t changed. In conjunction with his on-ball strides, he’s paved a foundation for plus defensive impact at his peak and revealed his versatile defensive inclinations throughout these two series. His 3.7% block rate (nine blocks in 205 minutes) is well above his career rate of 1.0%. But it’s indicative of his instincts and the manner in which his length and mobility intersect is valuable.

Linking the 2018 NBA draft to the 2020-21 playoffs warrants referencing Doncic, Young and Ayton – maybe Mikal Bridges and Michael Porter Jr., too. Huerter is well down the list of talking points. He blends in with contemporaries like Landry Shamet and Bruce Brown. Yet as the Hawks and Young eye more than just playoff cameos or a single series win in the coming years, Huerter will continue to bear heightened importance. He rifles in 3s with a quick trigger from well beyond the arc, seamlessly manages intermittent ball-handling reps and has introduced vital wrinkles as a defender and self-creator.

No single series, and rarely a single game, will revolve around his play. But he is closely tied to the Hawks’ rise and success, and his Year 3 development was overshadowed by the arrival of new coworkers or more prominent burgeoning from his peers. Even so, Huerter is a dribble-pass-shoot ball-handler carving out a discernible defensive niche and maintaining the growth he showed before the playoffs.

He will not be wedged into the first line of any conversation about the 2018 draft, but he’s much more than a footnote and always has been. His 2020-21 campaign reinforces that sentiment. This playoff run solidifies it.

As a heady, 6-foot-7 wing who can space the floor, create for others and defend in a litany of ways – a distinct fusion of skills at that height – Huerter is already good. His future is much more enticing, though, and the next steps will garner even loftier praise upon him.