Luka Magic: How Doncic Is Making the Clippers Disappear | The Analyst 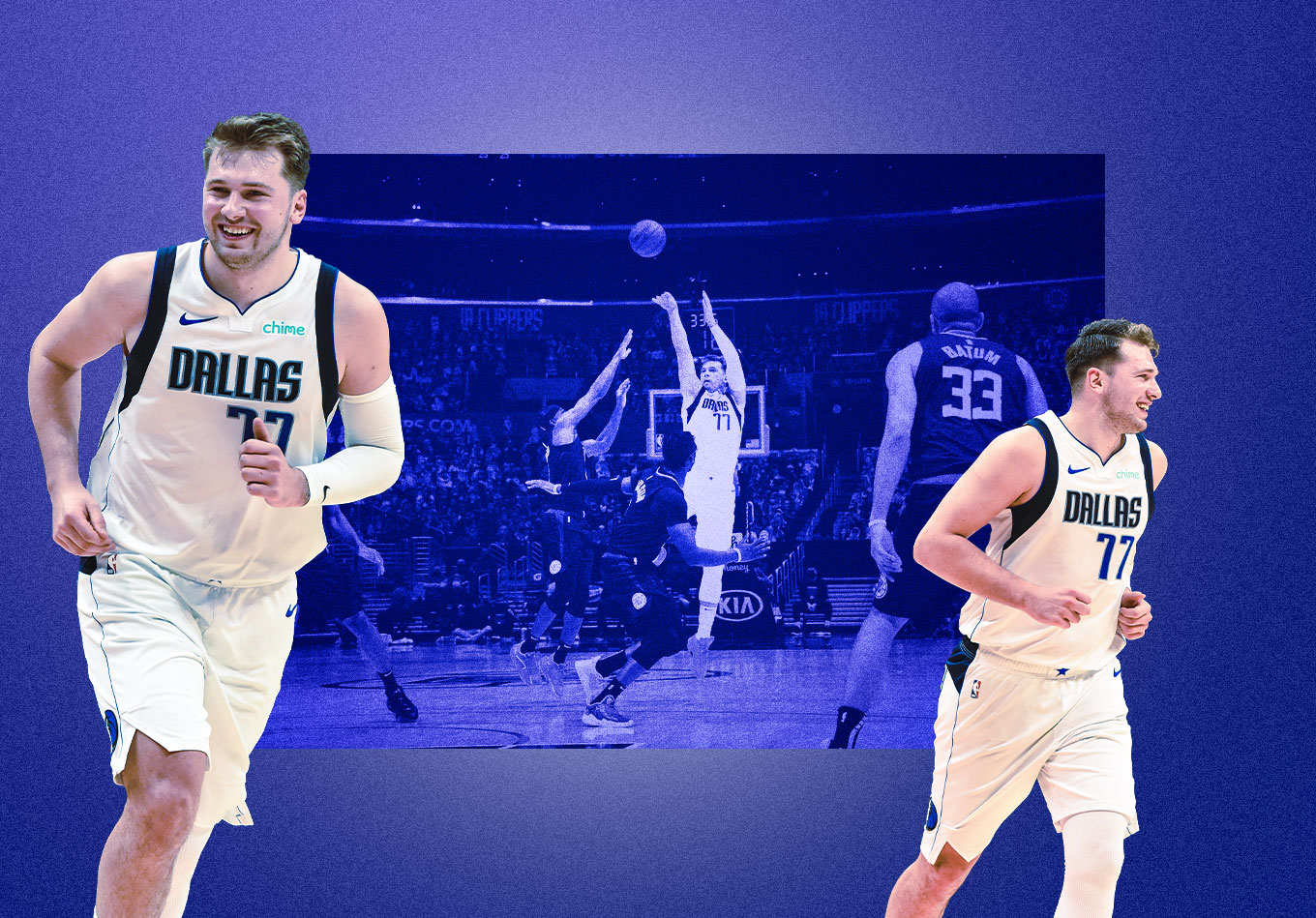 Luka Magic: How Doncic Is Making the Clippers Disappear

Late in the fourth quarter of Tuesday’s Game 2 between the Los Angeles Clippers and Dallas Mavericks, the Clippers had trimmed a 13-point deficit down to 114-109 with an 8-0 run and prompted a Dallas timeout.

From there, the Mavericks’ final four baskets went like this: Luka Doncic layup, Luka Doncic layup, Kristaps Porzingis dunk, wide open Tim Hardaway 3-pointer. The Clippers’ only got as close as 120-116. It never became a one-possession game.

Dallas turned back Los Angeles’ late charge because the Clippers have no clue how to defend Doncic. The schemes they’ve employed are faulty and poorly executed. This is the primary reason they’re staring down a 2-0 hole, despite championship aspirations and homecourt advantage.

Through two games, Doncic is averaging 35.0 points, 9.0 assists (five turnovers), 8.5 rebounds, 1.5 blocks and 1.0 steal on 59.2% true shooting (.509/.417/.429 split). He’s carving up the Clippers with dazzling step-backs, pirouette fadeaways and crafty leaners. Much of it is the stuff an opponent should accept. Doncic is a superstar doing superstar things. It happens. The issue for Los Angeles is in its response and adjustments to those types of baskets.

Many of the jaw-dropping self-creation has occurred against Ivica Zubac, who’s often found himself isolated onto the Slovenian maestro and tasked with containing him, particularly in Game 1. He has not been effective at it. Doncic is putting on a show in these situations.

While Doncic is enjoying significant success against Zubac, all of those are fairly arduous shots. They’re in Doncic’s arsenal because he is a superb player and scorer. But it’s not as if Zubac is laying out the red carpet for Doncic to waltz to the rim or collapse the entire defense to generate open shots elsewhere.

No, that’s not at all what transpires when Zubac is on the floor. Instead, it’s what transpires when the Clippers decide to go small and play a lineup without any credible rim protection. Small ball only works when mobility and rim protection converge. Los Angeles does not seem to acknowledge or adhere to that crucial detail. Draymond Green as a small-ball center functions well because of his elite rim protection, not because he’s just a wing-sized dude playing the 5.

The Clippers have closed the first two games without Zubac, electing instead to play Marcus Morris Sr. at center. They’re letting Doncic’s tough shot-making dictate their schemes and decisions. The result has been easy shot-making for Dallas.

These small-ball units invite Doncic to feast at the rim, where he’s shooting 81.8% through two games. At 6-foot-7 with strength and ball-handling savvy, he’s able to frequent the heart of the paint on virtually every possession. When Zubac is not out there, the Clippers lack any reinforcements against dribble penetration.

Even worse, their switch-heavy scheme, saturated with soft-switching (read: unnecessary), engenders mismatches for Doncic to exploit, both on post-ups and forays to the cup. The lack of resistance on these plays is jarring, and looks far simpler and replicable than the points Doncic scored on Zubac.

Switching is supposed to mitigate advantages by passing along an assignment to the next guy whenever a screen is involved and prevent offensive players from gaining an edge. The Clippers’ switching raises more problems than it solves in this series against Doncic, arguably the league’s premier perimeter driver and finisher. Pair that strategy with a fruitless small-ball lineup and it’s abundantly clear why they’ve struggled to get stops, especially in crunch time, leading to a pair of losses.

Individually, Doncic is torching their defense, so they’ve resorted to trapping at times and daring other guys to beat them. Spoiler: It hasn’t worked. Doncic is too smart, patient and tall to be slowed by traps. Other guys are beating them. Trapping on its own cannot suffice. The subsequent rotations must be coordinated. They are not.

Tim Hardaway Jr. is the open release valve far too consistently in those instances. Hardaway on his own is a very good player, but an unguarded Hardaway is a superstar averaging 24.5 points on 80.3% true shooting in the series.

The goal needs to be to pilot the ball into the hands of underqualified decision-makers, not just to get the ball out of Doncic’s hands. The Clippers’ execution on traps conveys a failure to recognize that distinction. And without a rim protector to anchor the back-line while the defense is in rotation, the challenges are exacerbated.

They’re trapping because Doncic is crushing their small-ball single coverage, a lineup they’re prioritizing because he nailed a bevy of difficult off-the-dribble jumpers over Zubac. Instead of living with those looks, they’ve reconfigured their slant to live with layups and open 3s. This is poor process, scheming and execution.

When he’s playing off the ball, they’ve decided to face-guard him and his gravity is inhibiting defenders from completing vital help responsibilities. Typically, Nicolas Batum and Paul George would lend a hand on these plays, but denying Doncic the ball takes precedence and the Mavericks scored inside each time.

There is no elixir to quell Doncic. He’s picked apart every coverage the Clippers present him and is a preeminent bucket-getter. But the counter should be to trim the small-ball minutes heavily and align them with non-Doncic minutes.

Shots at the rim are basketball’s most lucrative field goals. Such a stark discrepancy is always important, let alone when someone like Doncic is the headlining opponent.

In ball-screens, testing out an Ice/Push coverage against him, with Kawhi Leonard or Paul George defending, is a gambit worth exploring. Funneling him toward Zubac, while rangy wings stay attached at the hip to disrupt his intermediate game, could curb him (relatively and emphasis on “could”). A standard drop should still be part of the philosophy as well. Soft switching and traps cannot occur.

Drilling 35 of 70 (50.0%) 3-point attempts so far, Dallas has benefited from torrid shooting. Meanwhile, the Clippers, after hitting an NBA-best 41.1% of their regular season 3s, have floundered at 32.9% in the playoffs. If that gap closes, these next few games might usher back in a competitive matchup. The way they’ve defended Doncic, though, both in scheme and execution, contributes to the Mavericks’ long-range profits and signifies problems well beyond that shooting disparity.

Doncic entered this series rivaling Leonard as the best player. Through two games, he’s unequivocally been the top dog, fueled by his own greatness and enabled by the Clippers’ inadequate defensive blueprints. Any legitimate chance for them to win four of the next five games hinges on a better, different plan.

It seems unlikely they’ll accomplish that.