A Spida in Cleveland: Is Donovan Mitchell a Good Addition to the Cavaliers' Young Core? | The Analyst 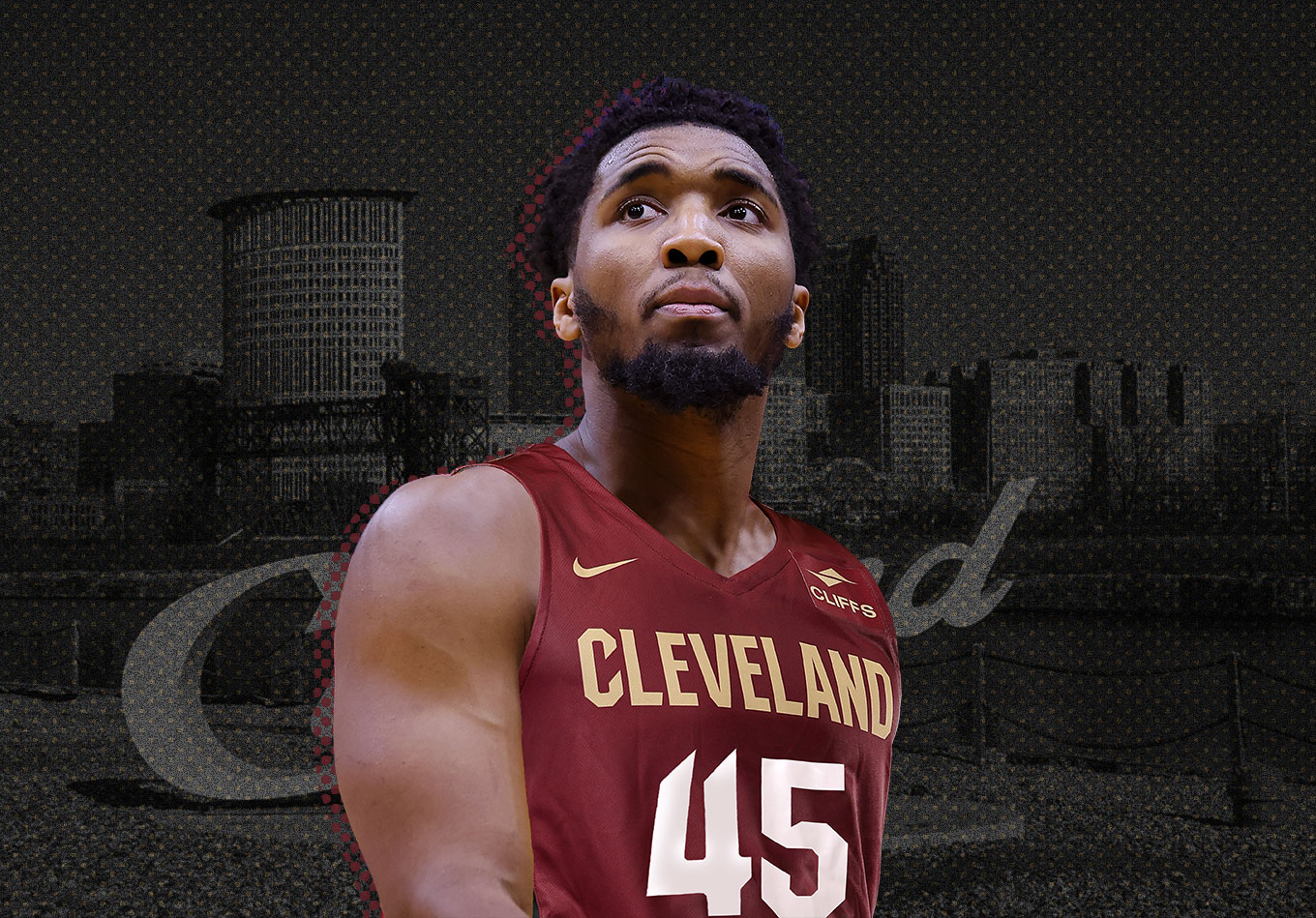 After months of deliberation, the Donovan Mitchell saga has been resolved.

The Cleveland Cavaliers – who only recently entered the bidding war – were able to snatch the three-time All-Star from the New York Knicks (the team viewed by many as the frontrunner for Mitchell).

And with the most recent superstar shake up now behind us, let’s take a look at what Cleveland’s latest accession means for them on the court.

The first question people tend to ask when two high-usage guards coalesce is how will they fit together.

Fortunately for the new tandem in Cleveland, both participants are excellent marksmen. According to NBA.com catch-and-shoot data from the last three years, Mitchell and Darius Garland converted on over 38% of their spot-up 3-pointers (39.7% and 38.8%, respectively). These outputs are promising because catch-and-shoot numbers are a strong indicator of a player’s off-ball capacity.

Outside of static, standstill setups, there are fluid pathways toward the two young guards working together in unison on offense.

Take, for instance, the curl cut. In Utah and Cleveland, the movement pattern was used to set up Mitchell and Garland when they were playing off of traditional point guards like Rajon Rondo, Ricky Rubio and Mike Conley.

Along with complimenting each other’s strengths, each counterpart can compensate for the other’s deficiencies.

Garland is a patient driver who weaves his way into the paint through guile and craft. However, because of his limitations in verticality and burst, he leaves a bit to be desired as a finisher (50.5% field goal percentage at the rim for his career).

Meanwhile, the newly acquired Mitchell is renowned for his ability to deliver piercing incisions into defenses with his collection of jukes, spin moves, and euro steps. He converted 57.3% of his rim attempts this past season, and that efficiency came while commanding a higher volume of those shots than Garland (5.9 per game compared to Garland’s 4.7).

And while Garland can’t access layups and dunks as well as Mitchell, he’s better at setting teammates up for those high-value looks. As Ben Taylor pointed out, because of Mitchell’s sight lines, he often misses opportunities for lob and laydown passes.

On the flip side, Garland’s poise and his timing with his bigs makes him a master at the cat and mouse game within the game that is modern-day pick-and-roll basketball. He spent the entire 2021-22 campaign dime-ing up co-star Jarrett Allen for easy shots (like this), leading to his big man finishing second in the league in field goal percentage.

The difference between the two guards is best understood when you look at their assist numbers to their respective centers:

Over 40% of Garland’s assists per game went to Allen or other Cavs centers (this includes Mobley at times), while only 21.8% of Mitchell’s were to Gobert and other Jazz centers.

That’s not to say Mitchell is a poor playmaker. The player he tossed the most assists to per game was Bojan Bogdanović (1.6 APG). And that datapoint is emblematic of the types of passes he excels at – kickout and skip passes.

As we’ve established, Mitchell is a powerful paint penetrator who can surge his way inside in the blink of an eye. When he does get down there, he forces four or five defenders to collapse inward, leaving him room to spray passes out to the perimeter.

Watch these clips, and then envision him chucking these feeds to the sweet-shooting Garland:

As it stands, the Cavaliers now wield four blue-chip talents, all under the age of 25, all with skills that span the entire spectrum of what it takes to win basketball games.

In Mitchell and Garland, Cleveland has two of the top-20 offensive players in the league, according to our O-DRIP metric (the offensive version of our one-number metric).

On the defensive side, the synergistic, twin tower combination of Allen and Evan Mobley both rank in the top 30 in our D-DRIP metric.

This hits at an important theme discussed when we broke down the Trae Young-Dejounte Murray pairing. The teams that tend to make deep playoff runs sport balance on both sides of the ball.

According to a study conducted last March, 28 of the 36 teams that made the NBA Finals from 2004-21 fielded a top-12 half-court offense and a top-12 defense. With this new lineup configuration, the Cavaliers have the opportunity to achieve this standard.

Last season, under the watchful eyes of Allen and Mobley, the Cavaliers finished with the seventh-best adjusted defensive rating (ADR) in the league (despite being marred by injuries). In the same period, Mitchell quarterbacked the Jazz to the best adjusted offensive rating (AOR) in the entire association.

Now, this Cavaliers team is not as offensively equipped as the juggernaut Mitchell piloted in Utah. Similarly, one can anticipate Cleveland bleeding a little bit of value on defense with a subpar defender like Mitchell joining the fray.

But they don’t need to be elite at both ends to make a deep run. They just need to be really good. And with their latest addition, that second proposition seems fairly attainable.