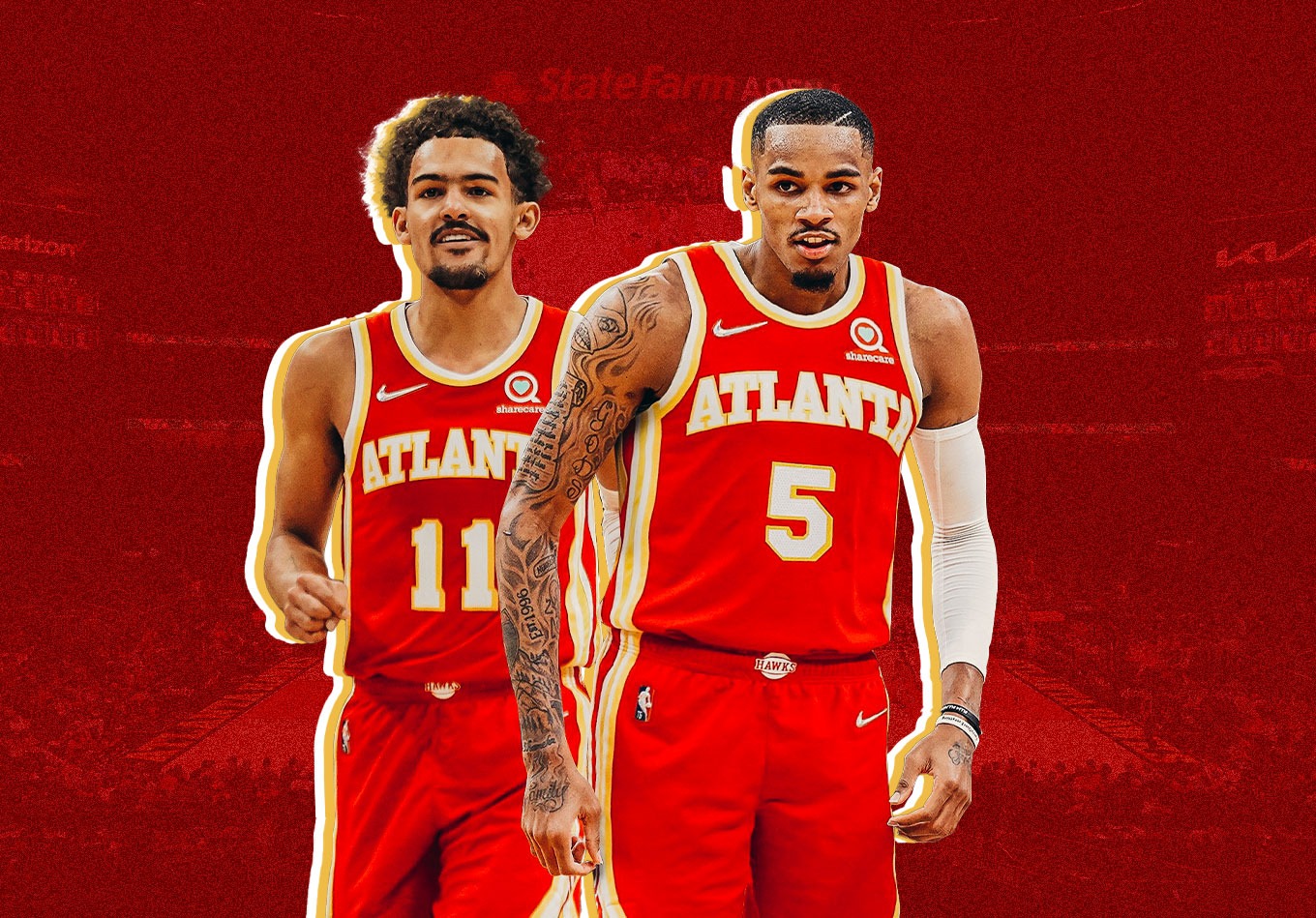 And so far, this iteration projects to be as transactional as ever:

But what does this mean? What does he do for Trae Young? What can Atlanta’s favorite son do for him? Is it possible for two high-usage guards to coexist in a symbiotic manner? And does this recent acquisition make the Hawks a championship contender?

What Murray Does for Young

There’s no question Young is one of the best offensive players of recent memory.

Only NBA Finals MVP Stephen Curry of the Golden State Warriors had a better offensive DRIP (a projection of a player’s contribution to a team’s plus-minus per 100 possessions) this past season, and when he was on the floor, the Hawks posted a bonkers 119.8 offensive rating (which would have made them by far the best offense in basketball).

However, he was also the penultimate name listed on our defensive DRIP leaderboards, and overall, his team finished 26th in defensive rating. While Young isn’t solely to blame for Atlanta’s malfeasance, his breakdowns at the point of attack only exacerbate matters further.

Murray’s on-ball reputation took a bit of a hit last season as his increased offensive load forced him to transition from cornerback to free safety on the other side of the ball. He excelled in his new role (leading the Association in steals and deflections), but when the moment called for it, Murray flipped the switch from off-ball playmaker to shutdown artist.

And he reminded us all just how special he is:

But Murray will also aid Atlanta’s fortification in transition. The Hawks had the worst transition defense in basketball, largely because the player who handles the ball on offense often doubles the backline defender in transition (because they have the shortest distance to travel to get back).

Last season, that designation was typically occupied by Young or his equally frail counterpart Lou Williams. Now, the elongated Murray will also be there to help remedy the situation.

Speaking of ball handling, Murray’s contributions as a secondary creator not only lessens the burden on Young’s shoulders (more on this in a bit), but it also offers Atlanta some much-needed change of pace.

Young is a grandmaster in the halfcourt, but his more methodical style comes with the drawback of decreased transition opportunities (Atlanta was tied for 26th in frequency in 2021-22). In Murray, the Hawks now boast an upper echelon (70th percentile) transition orchestrator to cajole them more into chances at the most efficient play type in basketball.

What Young Does for Murray

Murray’s assist numbers (9.2 per game) are enticing but misleading. To understand why, we need to look at the types of passes he’s making.

Murray has mastered the first three, but unfortunately, the latter triumvirate are the more high-value throws as they usually produce easy shots around the rim or open 3-pointers. The shortcomings in Murray’s delivery portfolio are personified when you look at the San Antonio Spurs’ pedestrian offensive rating (tied for 17th in the league).

These limitations make it challenging to build a high-level offense with Murray as your lead conductor. Fortunately for him, that’s no longer his destiny as he’s now flanked by a lead guard who can make those defense-breaking passes in his sleep.

Along with making him a secondary playmaker, Young also enables Murray to be a secondary scorer. Last season, Murray posted a career-high 53.3% true shooting as a primary option, and that was still 3.3 percentage points below the league average.

As is the case with all elite offensive engines, Young’s blend of scoring and playmaking commandeers a great deal of attention from opposing defenses.

What makes his gravitational pull idiosyncratic from other stars is his limitless range. Young drained 36.7% of the 501 3s he took last season from between 25-34, according to NBA.com. Not world-changing efficiency, but enough to force defenders to feel the need to face guard him when he’s 30 feet from the basket.

Young’s clout from the perimeter allowed him to occasionally function as a decoy off the ball, completely removing one defender from the play and turning the half-court possession into a 4-on-4.

Can You Win With Two Ball-Dominant Guards?

This maxim should have been retired after the 2017-18 Houston Rockets pushed maybe the best team ever to the brink with two “ball-dominant guards” running the show.

Of course you can win with two high-usage players. In fact, looking at the teams that progressed deep into the playoffs this year, it seems like you need at least two creators on your roster.

Take, for instance, Atlanta’s first-round matchup versus the Miami Heat. For five games, the Heat swarmed and attacked Young, daring one of the other Hawks to put the ball on the floor and beat them. No one did, and Atlanta was swiftly discarded.

Next time around, when teams trap/blitz Young, Murray will be there to serve as a release valve that can navigate an unbalanced floor.

Historically, the teams that make the NBA Finals usually have both a top 12 half-court offense and a top-12 defense.

The Hawks obviously have that first condition down pat (Young is a walking top-10 offense by himself). And now, with Murray, Atlanta has the pieces to potentially meet that second element.

A top-12 defense is far from a done deal, especially considering how high they need to climb from last year’s doldrums. But reasonable pathways exist, and that makes the Murray-Young Hawks a scary opponent to match up against next season.