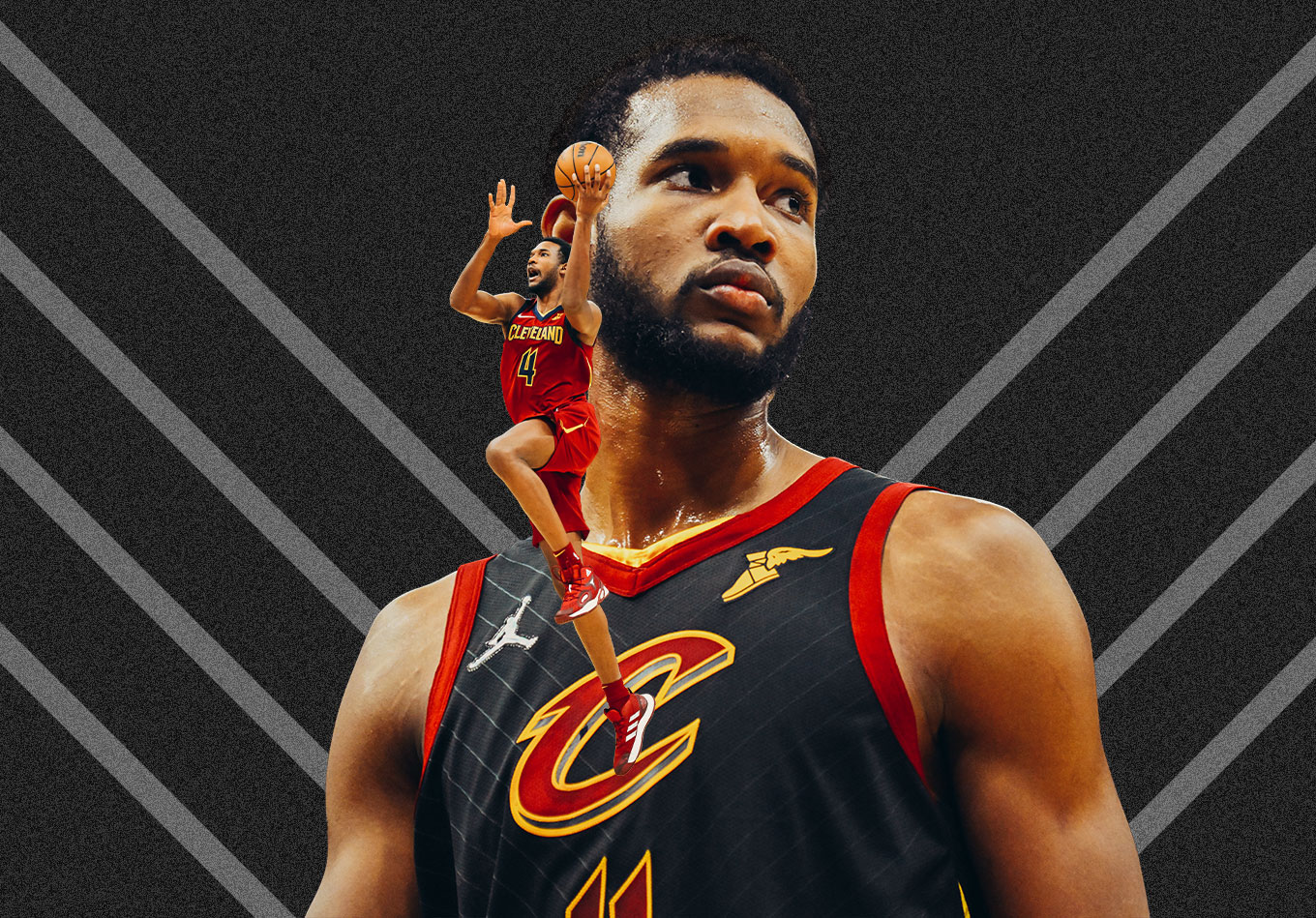 He established himself as one of the league’s preeminent defenders and wrote the prologue for a career full of NBA All-Defensive Team accolades and annual Defensive Player of the Year consideration. He was a top-three player on the postseason-bound Cleveland Cavaliers, who might’ve made some playoff noise had it not been snake bitten by injuries.

The USC product’s immediate rise was measured by his NBA rank (13th among those with at least 900 minutes) in DELTA, which is the difference in DRIP (our Daily-updating Rating of Individual Performance) from preseason projections.

He was also sixth in the league in blocks per game (1.7) and second on the Cavs with a plus-1.0 defensive DRIP behind only Jarrett Allen (plus-1.3).

Mobley already looks the part of a borderline top-50 player and All-Star buzz in 2022-23 would not be a surprise. To expand upon the potential and excellence he’s immediately showcased, and garner that aforementioned All-Star buzz, maturation offensively feels paramount.

Despite playing alongside an All-Star initiator in Darius Garland and having more than two-thirds of his buckets derived from assists, Mobley’s true shooting percentage (54.9) was nearly two points below league average (56.6). An assortment of offensive metrics didn’t reflect favorably upon him either.

This is not to suggest true shooting and advanced metrics are the sole ways to analyze a player’s offensive impact. Nor are we here to induce panic about Mobley’s long-term outlook offensively.

Scoring on any sort of notable volume in the NBA is really, really tough, and Mobley averaged 15.0 a game with adequate efficiency in Year 1. There are reasons to be rosy about his development and current standing as a player, but the film and data coalesce to confirm that there are absolutely areas where Mobley needs to progress in order to reach his superstar potential.

One of the most tantalizing angles of Mobley’s game as a prospect was his graceful and skillful handle for a 7-foot, 20-year-old big man. It hinted at the possibility for a grab-and-go transition game, face-up abilities and half-court perimeter creation. All of those outcomes unfolded in spurts throughout his rookie year. The glimpses of everything Mobley could offer in his prime half a decade from now manifested occasionally.

Largely, though, Mobley’s handle served as a weakness for him, especially in the half court. Any 7-footer dribbling in the NBA, independent of skill level and athletic profile, is embarking upon choppy, dangerous waters. Mobley’s story was no different.

Inside the arc, his handle proved high and loose, especially against contact. It was susceptible to being ripped by stunts at the nail. There’s a level of comfort present in his dribbling that most big men cannot emulate, but navigating traffic or defensive congestion appeared a bridge too far. Many of his drives and creation endeavors were thwarted by pressure from defenders of varying stature.

Rectifying this shortcoming and sharpening his handle would absolutely broaden his scoring and playmaking utility. Mobley is a brilliant passer with seemingly automated processing speed. Placing him in any sort of advantageous position is a recipe for him to thrive.

Becoming adept at maneuvering through narrow areas or defensive attention would pave the way for more inverted pick-and-rolls with Garland, a play call Cleveland explored to inconsistent and generally underwhelming results. Given Garland’s movement and shooting comfort next to Mobley’s size and passing, this could be a patented wrinkle for the burgeoning duo.

A tighter handle would also enable Mobley to be more reliable targeting mismatches inside. Smaller dudes often crowded his airspace, poked the ball away and exploited his high center of gravity. He doesn’t need to be some prolific post option, but a release valve against switching defenses would catalyze a Cavs offense that found itself stuck in neutral frequently last year.

Because Mobley is so keen about manipulating open space – on and off the ball – many defenders, cognizant of that skill, will employ press coverage on his face-ups. He seizes vacancies applying his elongated strides and pogo-stick bounce. If he could consistently take a dribble or two in these situations regardless of where the help defense is stationed, his face-up game would ascend to much grander magnitudes.

Linked to his handling struggles, Mobley, understandably as a 215-pound big man experiencing his first NBA season, was neutralized by physicality in the half court. Pursuing his spots anywhere around the paint typically looked laborious. Discerning paths to deploying his 7-foot-4 wingspan around brawny defenders for finishes did not suit him well.

He shot 41.2% on 296 “short midrange” attempts (16th percentile among power forwards/centers), which is anything beyond the restricted and inside the free-throw line extended (4 to 14 feet). Mobley touts feathery touch, that’s not the concern. He converted 72 of his 157 (45.1%) non-rim attempts in college, per Barttorvik, and the delicate intermediate touch staunchly resonates on tape.

Yet NBA-caliber physicality had him multitasking, wondering how he could avoid defenders, utilize his sprawling length and brandish deft touch, while still maintaining a plausible finishing angle. When he lowered his shoulder or tried to nudge away the opposition, he usually lost that war.

As Mobley methodically adds some functional strength, learns the rigors of NBA bulk and refines his handle, there are a few offensive avenues to explore in the meantime. He scribbled down the blueprint for them as a rookie and should aim to bolster their prominence moving forward.

His most prolific slashing and creation flashes stemmed from using deceptive footwork to forge openings and capitalizing on those openings with his quickness and seamless, bounding strides. He covers ground so effortlessly and wields the body control of somebody half a foot shorter.

Downfalls transpire when his strength and handle are main characters. They don’t have to be, though, especially in an environment where his creation is a welcomed commodity rather than a vital means of prosperity. Other tools can headline his successful creation reps instead.

Assuming Ricky Rubio is ready to provide a similar role to last season and Collin Sexton is retained, Mobley’s offensive requirements should be less burdensome by virtue of a substantial upgrade in the ball-handling department. Before 2022 rang in, Rubio and Sexton were sidelined. For the final five weeks of the regular season, All-Star center Jarrett Allen was out of the lineup.

Cleveland tasked its rookie with a hefty two-way gig. At times, and almost always on defense, he met the quotas. He’s going to be an incredibly special big man, fueled by distinct defensive versatility and prowess – and a complementary offensive package.

Purely as a lob threat and short-roll playmaker (please continue improving your once-ineffectual screening), he will and does pair aptly alongside Garland offensively.

The outline of something so much more irreplicable is on the horizon and Mobley can reach it. He just needs time to embark on that journey and deliver the promise any NBA Rookie of the Year finalist justifiably carries.