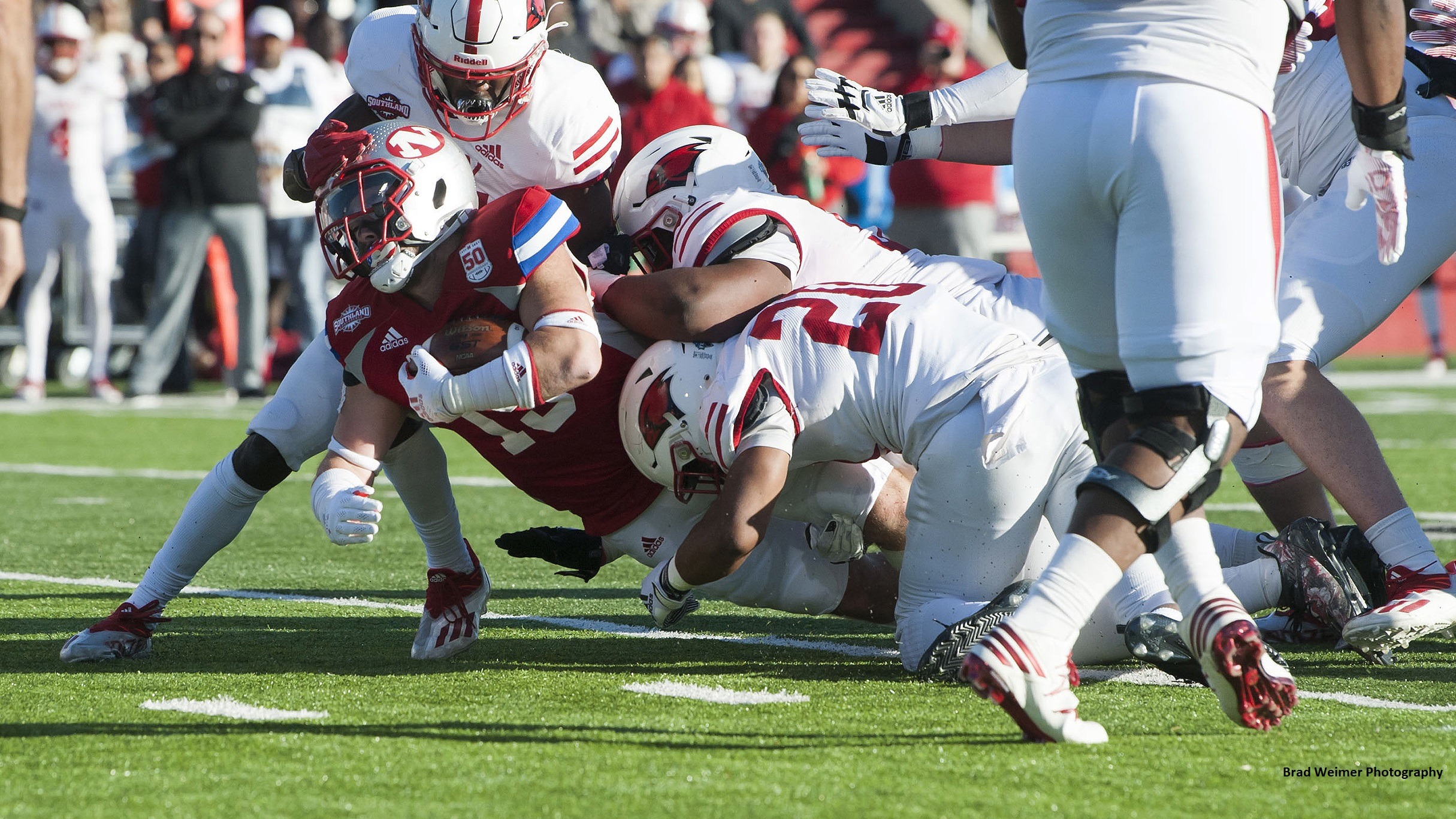 The celebration across the Southland Conference goes way beyond its 60th-year anniversary this academic year.

There’s a bigger and, they hope, better conference title race with eight teams involved instead of six, like last season. UIW reversed a plan to move into the Western Athletic Conference and charter member Lamar returned a year early.

However, due to the late changes, the reworking of the Southland’s conference schedule has resulted in the teams playing only six conference games instead of seven. The rivalry between McNeese and Northwestern State is one of the matchups that will not occur, and the UIW at Nicholls game won’t count in the standings.

Still, there doesn’t seem to be much separation in the rejuvenated conference between defending champ UIW, Nicholls and preseason favorite Southeastern Louisiana – maybe other programs as well.

Here’s a quick look at the upcoming Southland season:

3. Nicholls (6-5, 5-3) – The Colonels go from facing Southeastern and UIW twice each in conference play last fall (going 1-3) to just one matchup between the two programs that counts in the standings (Nov. 17 against SLU). New QB Kohen Granier has proven he can run the offense effectively, but he’s going to want to hand off the ball a lot to Julien Gums (2,556 career yards, just 102 shy of the school record) and Colin Guggenheim (813 yards, nine touchdowns in the final six games).

4. Northwestern State (3-8, 3-5) – The Demons haven’t finished at least .500 since 2014, but their defense may sneak up on opponents with pass rushers Isaiah Longino (15.5 career sacks) and Jomard Valsin Jr., and Southland preseason choices Shemar Bartholomew and P.J. Herrington in the secondary.

5. McNeese (4-7, 3-5) – A whopping 58 of the 110 players in new coach Gary Goff’s first preseason camp were freshmen and transfers, the latter group including QB Knox Kadum from Virginia Tech. The return of defensive linemen Mason Kinsey and Accord Green and linebacker Kordell Williams figures to keep the Cowboys as the Southland’s top rushing defense.

7. Lamar (2-9 ASUN-WAC) – Lamar won Southland games over McNeese and Northwestern State in the spring 2021 campaign before its one season in the WAC. The return of five starting offensive linemen is a big deal for an offense that ran the ball on over 71 percent of its plays, but the Cardinals will want to get the ball in the hands of Jalen Dummett even though he’s moved from quarterback to wide receiver.

8. Houston Baptist (0-11, 0-8) – Linebacker Rodney Dansby led the Southland with 131 tackles as a freshman and teammates Brennan Young and Isaiah Cash added 99 and 95, respectively, but the defense was on the field too much, allowing 480.5 yards and 41.7 points per game. The offense returns nine starters, although QB Orion Olivas faces preseason competition.

Taylor Grimes, WR, UIW (Walter Payton Award preseason nominee) – In a breakout season after a transfer from Illinois State, Grimes had 87 receptions and tied for the FCS high with 15 TD catches.

Kordell Williams, LB, McNeese – In the last three seasons, Williams has gone from third to second to first on the Cowboys defense in tackles – gaining 100 as a redshirt junior.

UIW at Southeastern Louisiana (Sept. 24) – UIW’s 55-52 win last November on a touchdown with 25 seconds remaining was the difference atop the Southland standings. There were 1,263 passing yards in the game.

Southeastern Louisiana at Nicholls (Nov. 17) – The River Bell Classic doesn’t lack for scoring. Each team has scored at least 42 points in each of the last three matchups.

UIW beat Texas State last season to post its first-ever win over an FBS opponent. This season, Houston Baptist will seek to do the same against Texas State.

Southland teams have led all FCS conferences in passing yards per game for four consecutive seasons. Last year’s average of 275.5 was the highest in Southland history.