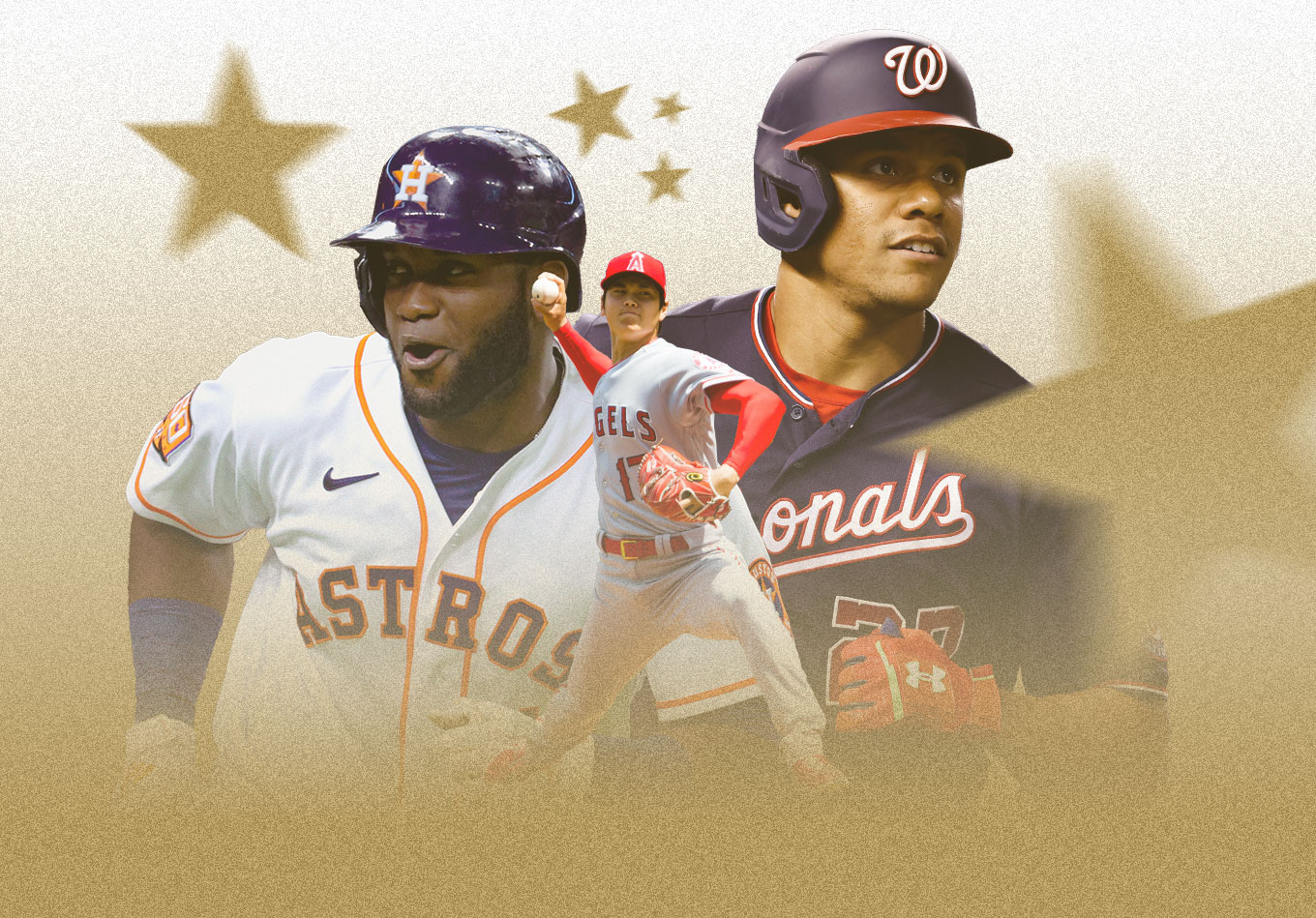 The Analyst’s All-Star Teams: Who Deserves to Start in the Mid-Summer Classic?

We are inching closer to the All-Star Game, to be played tonight in Los Angeles, and the rosters are already set. The starters, reserves, pitchers and legacy players are done, and everything is ready for the Midsummer Classic.

Fans (plus managers and coaches) have spoken and sent their favorite players to Los Angeles. However, we have our own way to pick our All-Stars, using raw value (RV+). This tool allows us to assess and evaluate a hitter’s true worth by analyzing his performance on a per-pitch basis as opposed to just the outcome of an at-bat.

Yes, a hitter can rip a hard line-drive to the gap that turns into a double, but what about the rest of his at-bat? Did he chase a lot of balls and take advantage of a middle-middle 90 mph fastball to hit his extra base, or did he work the count by not swinging at balls and fouling off tough strikes in the corners?

Raw value considers launch angle, exit velocity, whether there is a defensive shift, plate discipline, the horizontal spray angle of the ball, and other factors to deliver a comprehensive stat to measure hitting talent. RV+ is used for hitters, and 100 is considered average: higher is better.

For pitchers, RV- is the stat to use. It evaluates the same things as RV+, just for pitchers: whether the hurler can coerce the batter into weak contact, whether he has swing-and-miss stuff, and other things like command and the ability to throw strikes. For RV-, 100 is also average, and lower is better.

Of course, our selection of All-Stars is focused solely on offensive talent. In any case, it’s an interesting exercise, with some of the usual suspects and a few surprises here and there.

The players listed here lead their respective positions in RV+:

The best hitting catcher in the league is slashing .315/.395/.487 and has taken over catching duties in a crowded, talented Toronto depth chart at the position.

The 2020 AL MVP has been on fire recently and he’s been better than actual starter Vladimir Guerrero Jr. Well, at least according to RV+.

The diminutive infielder and former AL MVP is hitting .275/.368/.518 and is a key cog in one of the best lineups in the league. He ranks sixth in contact+, a useful metric to evaluate a hitter’s ability to make contact, with 112.

José Ramirez of the Cleveland Guardians has been incredible in 2022, but Devers has been slightly better. A true offensive machine, the Dominican thumper is slashing .324/.379/.601 with 22 round-trippers and is fifth in BIP+, a stat that measures how much damage a batter makes after contact, with 191.

Tim Anderson of the Chicago White Sox might be more popular, but Seager is, by far, the better hitter even if he’s not having his finest season. The Rangers’ $325 million man is slashing .251/ .324/.480, but has 22 homers to his name already.

One of the leading candidates to win the AL MVP this year, the Yankees star leads the majors with a 192 RV+ and has inflicted as much damage after contact as anyone in MLB with a 273 BIP+. Oh, and he leads the league in homers with 33.

The best hitter in the league is currently sidelined with a hand injury. He has topped Shohei Ohtani’s contributions as a designated hitter and deserves to start at the position.

While it’s true we gave our first-half AL Cy Young to Shane McClanahan of the Tampa Bay Rays, Ohtani, well, is just different. The two-way star couldn’t be left out of the starters, and he would be leading the majors with a 50 RV- if he qualified, which would even better than McClanahan’s 57 RV-. If you were wondering about his RV+ as a hitter, it’s an incredible 148.

Freeman ranks second in the NL in accumulated raw value (total RV added throughout the season) to Juan Soto of the Washington Nationals. He’s also fourth in MLB in batting average, slashing a cool .321/.397/.530. He has 12 home runs and ranks second in the majors with 31 doubles.

Surprise! The budding star is technically a utility player, but has appeared on 21 games at second base. He gets the nod over Jazz Chisholm Jr. of the Miami Marlins (118 RV+). Morel is slashing .266/.338/.477 with nine homers and eight stolen bases so far in a great debut season.

This qualifies as another surprise. Milwaukee’s shortstop has been, on a pitch-by-pitch basis, the gold standard in the National League. Despite a rather modest .220 average, he’s slugging .477 and has 19 homers already despite missing weeks with an injury.

The league leader in discipline+ (a tool that evaluates swing decisions depending on many factors like pitch type, count, and others) with 132, Soto is hitting .421 with five homers and 10 RBIs over his last 11 games. And, oh yeah, he’s the first-half NL MVP, according to the data.

Schwarber, the Phillies’ primary hope after Bryce Harper’s injury, is sixth in MLB in BIP+ with 187. When he makes contact, it is loud: He also has 29 round-trippers – second in MLB.

The reigning 2021 NL MVP won’t be playing in the All-Star Game with a fractured thumb, but he was the gold standard at the position for this exercise. He is hitting .318/.385/.599 with 15 homers, an impressive blend of average, power and on-base ability.

Alcántara has not only gone 7-2 with a 1.31 ERA over his last 13 starts, but he leads MLB with a minus-25.7 accumulated RV and ranks second to McClanahan with a 59 RV- among qualified starters.