Changing Up: How Sandy Alcántara Has Unlocked Another Level of Excellence | The Analyst 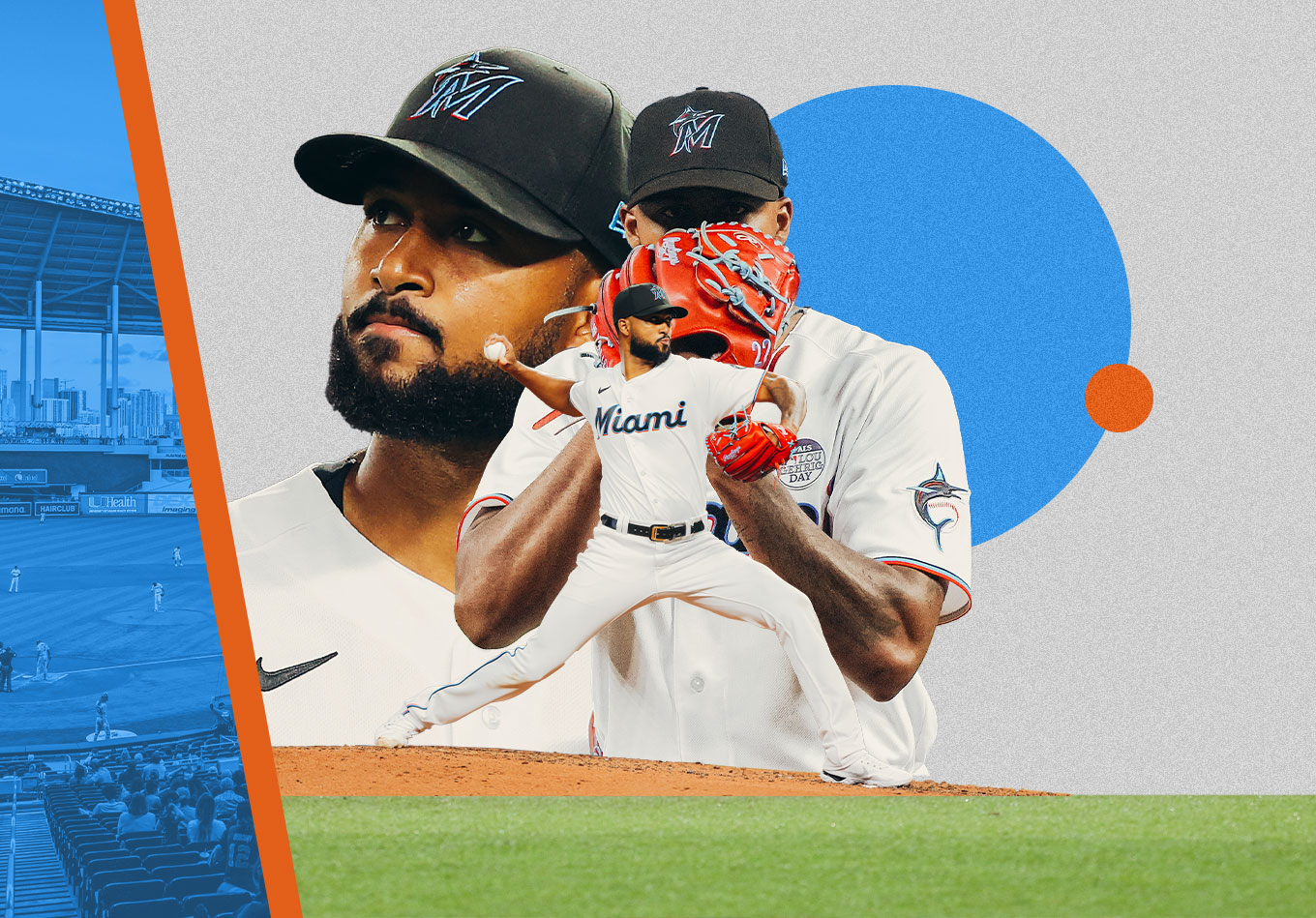 Last season, when Miami Marlins ace Sandy Alcántara posted a 3.19 ERA with a career-best 3.38 FIP in 205.2 innings, we all assumed that was his breakout season.

And it was, because he had never been that good. What most of us didn’t imagine, however, was him unlocking a whole new level this year.

In 13 starts so far (we admit it’s still early), the talented righty has an incredible 1.68 ERA with a 3.11 FIP and a 0.96 WHIP. All three would be career highs, and he’s doing it while leading the league in innings pitched with 91.1.

Well, it’s important to point out that luck has been a factor, at least to some degree. His .245 BABIP seems low, but he seems to have some skill at suppressing contact with a .267 career BABIP and he’s fourth in the majors in fewest home runs allowed per nine innings (0.77) since the start of the 2020 season.

Basically, hitters are having trouble inflicting much damage on contact against Alcántara. The pitcher has a stellar .246 wOBA so far – a marked improvement over the .294 he had in 2021.

A year after he finished with a strong 133 whiff+ on his four-seam fastball – well above the league average of 100 – and only an 85 strike+, Alcántara has a 125 whiff+ and 95 strike+ on the four-seamer in 2022. This means that he’s generating far more swings and misses than he is called strikes. For reference, whiff+ is the rate at which a pitcher misses bats, while strike+ takes into account swings and misses and called strikes.

But the most impressive turnarounds have come with his changeup and two-seamer. He has a 38 raw value- (RV-) on his two-seam fastball after finishing with a 65 last year. RV- (less is better for pitchers with the league average 100) evaluates each pitch instead of just the outcome of an at-bat: pitchers get credit for forcing hitters into bad swing decisions, for getting soft contact, earning swings and misses, called strikes, and other favorable situations.

And his numbers are improved across the board when throwing his change.

Oddly, it came at the expense of some two-seam fastballs (a decrease from 28.4% to 22.1%), but he may have gone this route because while hitters are inflicting less damage on contact against that offering, they are whiffing less than last year (101 whiff+ last year vs. 77 this season).

Overall, Alcántara is well above-average in all aspects of pitching: he has good command (106.3 command+), gets his fair share of swinging strikes (108.5 whiff+), and earns lots of called strikes, too (105.8 strike+). We have already seen how he manages contact, perhaps the thing separating him from stud status; and all of that, combined with his incredible durability and stamina, makes him a true workhorse and one of the best pitchers in baseball.

Much of the contact Alcántara gives up is weak and on the ground (54 percent GB%): That, combined with his good strikeout rate, gives him the recipe for success. Homering against him is a tall task: he has surrendered just four long balls this year.

The Marlins are lucky to have Alcántara signed to such a cheap contract: He put pen to paper on a five-year, $56 million pact in November, with a club option for a sixth year. He’s a bargain, because his performance deserves a much, much larger salary.

And he’s going to headline a young, talented rotation for years to come.