Air Yordan: Like It or Not, Yordan Álvarez Has Become the Best Hitter in Baseball | The Analyst 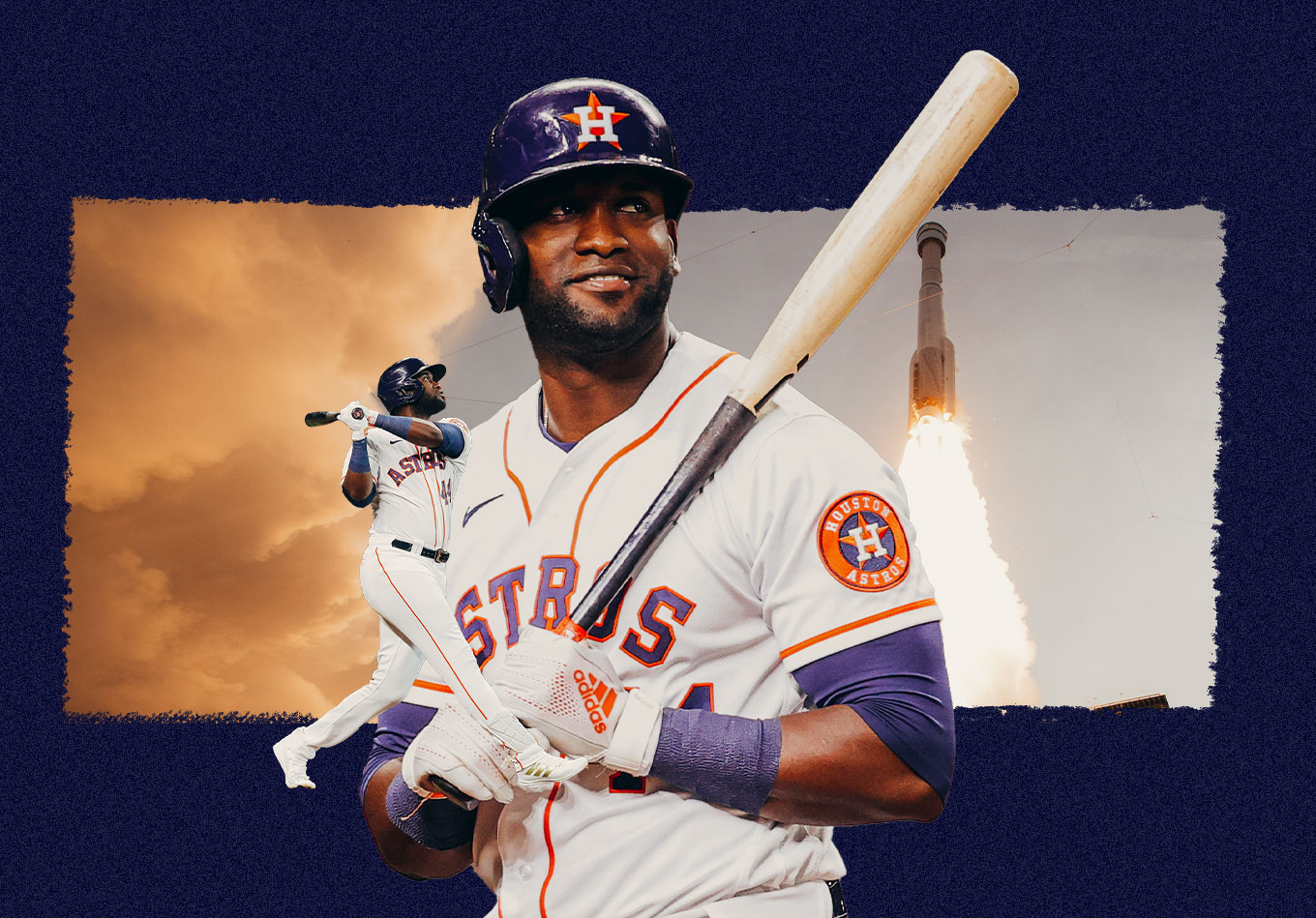 Air Yordan: Like It or Not, Yordan Álvarez Has Become the Best Hitter in Baseball

Despite all the attention Aaron Judge has received, the race for the American League MVP is as open as ever.

Sure, we’re still in early July and there’s a whole lot of baseball left to play, but there are at least five viable candidates: Judge of the New York Yankees, Rafael Devers of the Boston Red Sox, José Ramirez of the Cleveland Guardians, Shohei Ohtani of the Los Angeles Angels, and the league’s best hitter – Yordan Álvarez.

That’s right. the Houston Astros outfielder/designated hitter is, at the moment, the best hitter in baseball. Fueled by an important plate discipline improvement, he’s slashing a strong .312/.410/.665 with 26 home runs and a league-leading 1.076 OPS. He’s having the best season of his career so far, and currently projects to hit just under 50 bombs.

Can you think of many batters capable of belting 45 or more homers while hitting .300 and getting on base at a 40% clip? That’s probably because only seven different players have done it since 2005.

After earning 50 walks and striking out 145 times last year, Álvarez has worked almost as many bases on balls (42) in half the games while going down on strikes just 53 times. A great hitter already in 2021, he’s being more patient and harder to fool in the batter’s box.

In other words, he has been a beast according to just about every conventional stat or metric. At the moment, no other player in Major League Baseball has as good of a case as him to be considered the best hitter in the world.

What makes him so good is that he has few, if any, weaknesses at the plate. To understand how Álvarez fares against different types of pitches, we will explain some useful stats.

Whereas most metrics measure a player’s performance by evaluating the outcome of an at-bat, raw value (RV+ for hitters) analyzes the outcome of each pitch instead. Basically, hitters will be ranked higher if they can avoid swinging at balls and punish strikes, though there are lots of other factors as well.

It’s a comprehensive tool to determine the true worth of a hitter from the grind of every pitch he sees. For hitters, the higher their RV+ is, the better: Álvarez’ 194.9 mark leads the league, over Judge’s 193.4. A 100 RV+ is considered average, so yes, ‘Yordong’ has been amazing.

Now, a good, complete hitter excels at the three phases of hitting: having the discipline to discern balls from strikes, making contact with the ball, and inflicting damage after hitting it. Discipline+, contact+, and BIP+ help us quantify these events. And guess what? Yordan is still amazing.

Álvarez has a 99.5 contact+: just about average but really good for power hitter (Judge is at 96.5, Mike Trout is at 92.4. For reference, contact+ goes well beyond just analyzing whether a hitter hit the ball or not; it considers the pitch velocity, movement, location, count and other factors.

There’s a thought process before contact is considered; that’s where discipline+ comes into play. It’s not the same for a batter to take a ball well off the plate than not offering on a borderline ball near the outside corner. If you want another example, a hitter who fouls off a pitch just out of the zone to protect it shouldn’t be penalized the same as one who whiffs on a pitch way off the plate on a 3-1 count.

Having considered all these things, Álvarez’s discipline+ is 105.0: still above average. Where he really shines, and where he sets himself apart from the pack, is in how much damage he causes when he hits the ball. That’s what BIP+ is for. And yes, Álvarez is elite: His 205.0 BIP+ is enough to rank him fourth in MLB among qualified hitters.

Now to the fun part: Álvarez doesn’t have any glaring weakness when it comes to specific pitches. That makes it very difficult for pitchers to attack him. He has punished four-seam fastballs from both lefties (282 BIP+, 218 RV+) and righties (227 BIP+, 217 RV+) so far this year.

It’s important to note that he has made an adjustment against changeups in comparison to 2021. Last year, righties used lots of changeups against him and he had a 95 BIP+ and a 104 RV+. This season, he has upped those numbers to 280 and 306, respectively, which is quite the improvement.

Basically, good luck trying to blow a fastball past Álvarez, or trying to fool him with a slider or a changeup. He can make adjustments from year to year and also in-season, which is why he’s such a force offensively.

We’re talking about a top-notch hitting talent, one who compares favorably to Hall of Famer David Ortiz in many aspects. They are both left-handed sluggers with immense power, excellent contact skills for a home run hitter, and terrific plate discipline.

While Álvarez doesn’t have even half of Big Papi’s achievements, at 25 years old, his career is just starting to take off. Watch out.