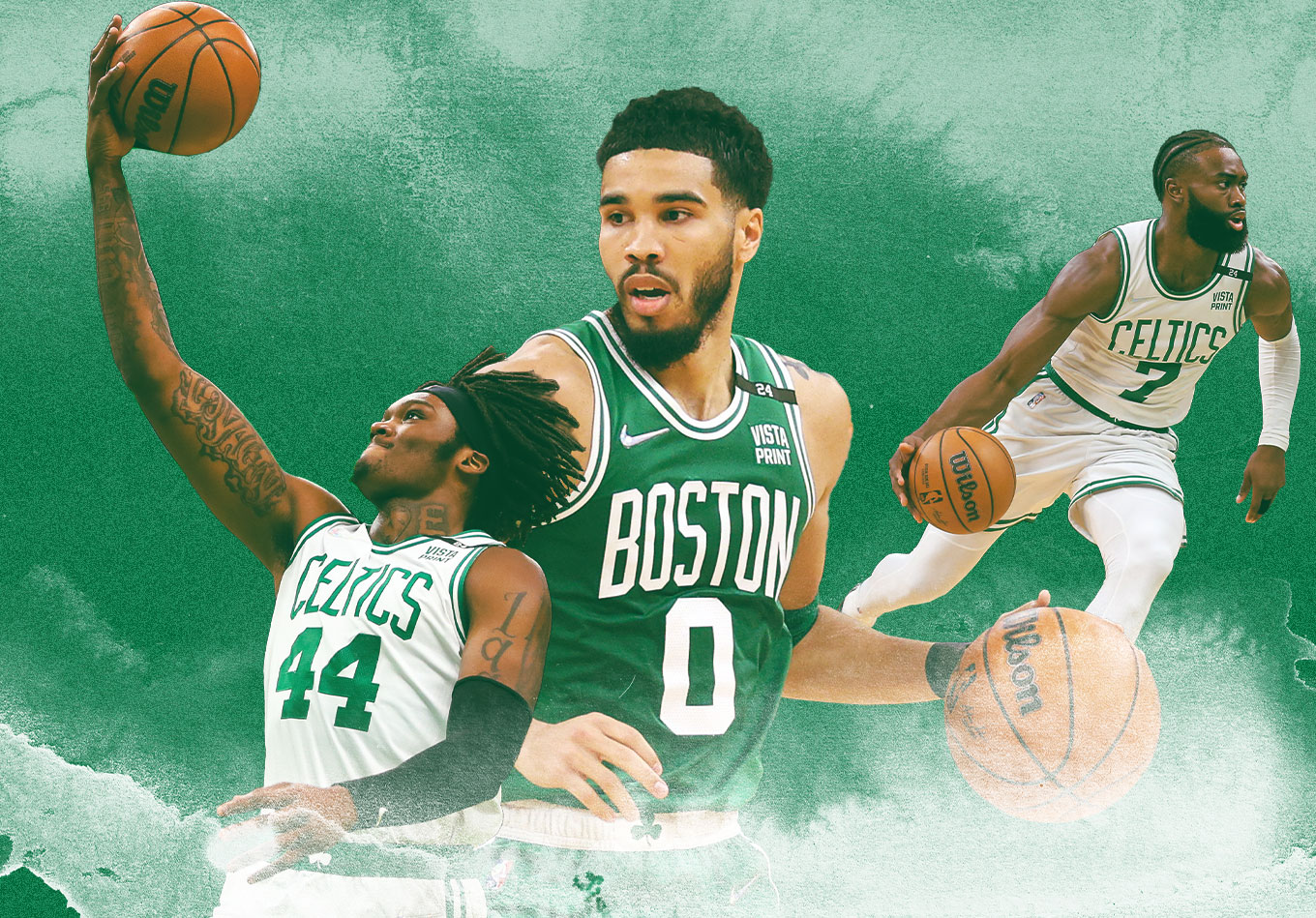 NBA Finals: Can the Celtics Maintain Their Advantage in the Paint?

Heading into these NBA Finals, the Golden State Warriors had won the points in the paint battle in nine of their last 11 games – a feat that earned them an 8-3 record overall.

This makes sense when thinking about the overarching philosophy of this Warriors defense. As we analyzed ahead of Game 3, Golden State is at its best when it can bog teams down with switches, overload the paint and live off the volatility of the other team’s outside shooting.

And they did so by emphasizing three things: spacing, timing and manipulation.

Credit goes to data scientist Daniel Bratulić for pointing this out (below), but Boston’s Game 2 spacing was a bit wonky.

In Game 3, Boston remedied this blunder by instructing every off-ball player not named Robert Williams III to stay out on the perimeter during drives (unless they were setting some sort of flare or exit screen).

As for Williams, being as though he’s not much of a shooter, spacing him out on the 3-point line wouldn’t make much sense (and would garner him the Frank Ntilikina treatment). So his job was to sag back to the outermost portion of the dunker spot until the ignition of the downhill foray.

From there, he would cut inward and attempt to seal his man to put himself in position for a laydown pass or offensive rebound.

At the very least, this momentarily preoccupied whoever was guarding him and hindered that player’s ability to provide backline defense on the attempted conquest at the rim.

Boston’s emphasis on spacing made it difficult for the Warriors’ ancillary defenders to sink into the paint and provide help to the ball without leaving the fort susceptible to an offensive rebound (Boston won this battle 15-6) or a kickout.

A major ingredient to the Warriors’ defensive soufflé is their ability to preemptively load up help on drives. That’s one of the reasons why they switch so much.

Switching slows down an offense’s process and affords Golden State’s off-ball defenders the time to put themselves in the proper position to help and rotate.

Boston did a great job of upping the ante in spots, especially when it was able to get a matchup it wanted offensively. These two possessions exemplify their initiative brilliantly.

Boston succeeded at manipulating two crucial variables: the matchups and the positioning of Warriors’ defenders.

We witnessed it against the Milwaukee Bucks and Miami Heat – Boston has mastered the art of off-ball matchup hunting. And the Celtics continue to exercise this skill against Golden State’s Curry and Jordan Poole.

At around the 6:00 mark of the fourth quarter (first clip), Boston effectively steals a page out of the Heat’s playbook by baiting the Warriors into a mismatch by using Jayson Tatum as a screener.

As for controlling the pieces on the board, Boston was at its best when it was able to force someone other than the venerable Draymond Green, who finished second in the NBA in defensive DRIP this season, to be the weakside low man on its drives.

In the second clip highlighted below, Green is on Marcus Smart, so the Celtics counter by keeping Smart parked high on the slot, forcing Klay Thompson to function as the last wave of defense.

One more wrinkle to point out was the Celtics’ tendency to set ball screens and have the screener pop out right before their admission into the paint. By doing this, Boston is eliminating a potential help defender from the equation by forcing them to account for an external variable (see poor Otto Porter Jr. in the third clip).

Despite what the box score might read, there were a few isolated moments that the Warriors can look to build on heading into Game 4.

First, they need to set up Green’s matchups so that he’s the low man on these drives. If Boston tries to counter this adjustment by setting pick-and-rolls to bring him into the action, the Warriors can counter their counter by pre-switching and giving the Celtics a taste of their own medicine.

Second, Golden State needs to be better at the point of attack. The reason the Warriors’ inability to adequately help on drives was so crippling is that their point-of-attack defenders were often getting beat off the dribble.

And lastly, they need to be more resistant to Boston’s attempts to provoke mismatches through switching. This permeates into the last point we touched on. Golden State’s point-of-attack deficiencies are in part due to the fact that Boston is forcing guys like Poole and Curry to captain the ship instead of the stouter combination of Andrew Wiggins and Thompson.

You can see examples of Golden State executing all of these prescriptions in the montage below.

It remains to be seen whether or not the Warriors can cure the ailments that plagued them in Game 3.

But one thing is for certain, the war of this series will be won or lost in the battle of the paint.