Third-Quarter Bandits: Can the Warriors Continue to Dominate Coming out of the Half? | The Analyst 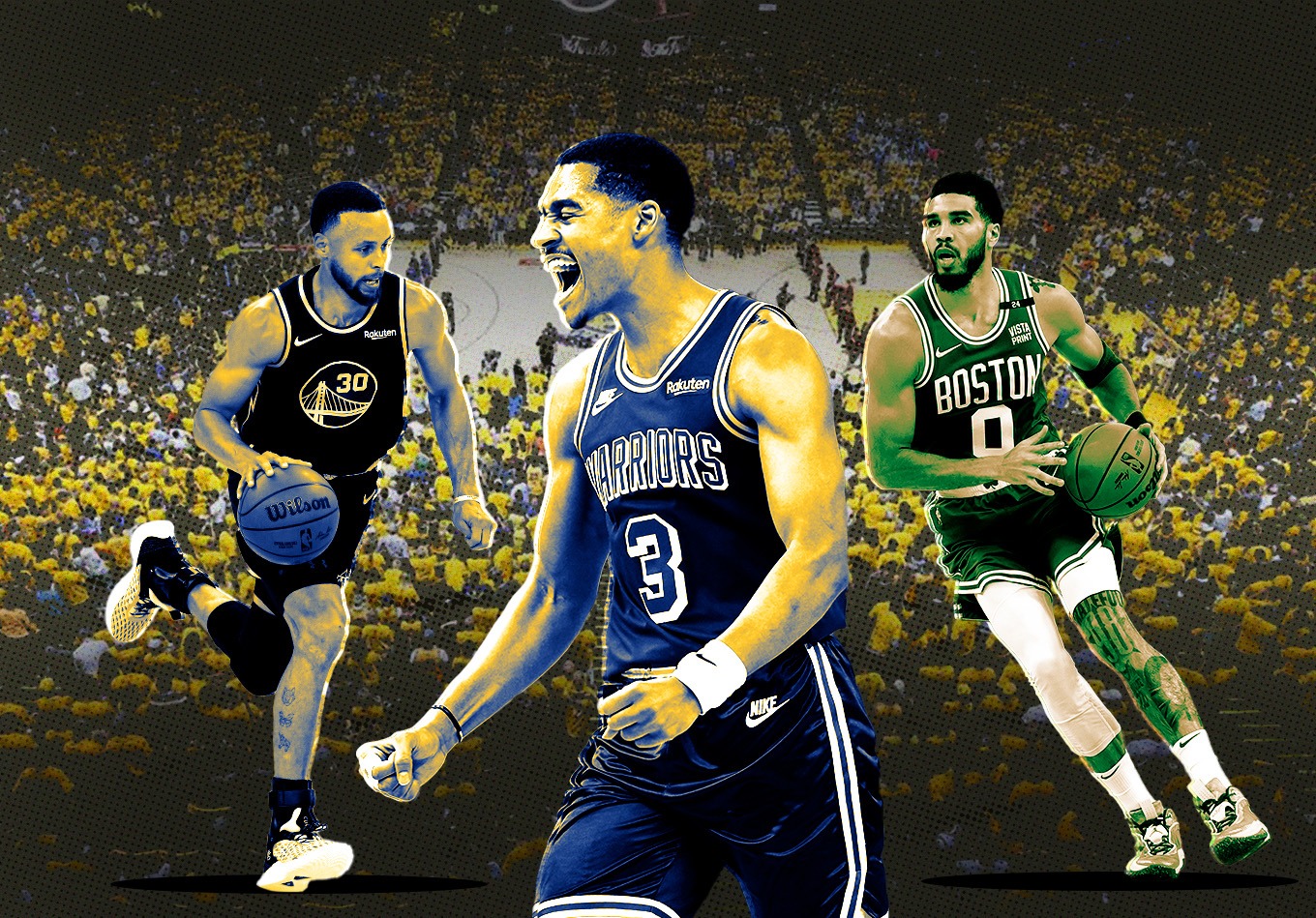 Third-Quarter Bandits: Can the Warriors Continue to Dominate Coming out of the Half?

The year was 2018, and the new-look Houston Rockets were just two quarters away from overthrowing the authoritarian Golden State Regime.

Going into the half, the lead they boasted was significant – even in today’s volume 3-point era, a double-digit lead is nothing to scoff at. However, unfortunately for Houston, the next quarter was the third one.

Klay Thompson 3. Kevin Durant dunk. Klay 3. Stephen Curry 3. Durant jumper. All in a little over three and a half minutes. The Rockets’ 10-point lead had transposed into a one-point deficit. By the end of the period, the Warriors had outscored them 33-16. Alas, the third-quarter bandits had struck again.

If you’ve been following this dynastic cast for the last decade, you know very well that they use this quarter to rip out the heart of their opponent. In fact, they lead the NBA in points per game differential in the third quarter since the 2014-15 season at plus-2.9 – and it’s not even close. The Utah Jazz are second at just 1.3.

But just in case you weren’t privy to the Warriors’ stalking tendencies before these NBA Finals, they’ve used the first two games of this series as a crash-course orientation.

As any huntsman will tell you, there is more than one way to skin a cat.

So let’s see how the Warriors have carved theirs out this time.

If asked by someone who the best pick-and-roll tandems are in history, one may list the likes of Steve Nash and Amar’e Stoudamire or John Stockton and Karl Malone. But what about Stephen Curry and Al Horford/Rob Williams III?

In all seriousness though, the Celtics have opted to deploy the two bigs in drop coverage to avoid giving Curry any extra attention – as they say, one man can’t beat you on his lonesome.

This strategy has turned this normally stout pair into the object of Curry’s antagonism. In Game 1, the Warriors spammed ball-screen actions involving Williams. After a while, Boston resolved to pre-switch Williams and Horford to allow the more agile Horford to try and contain these plays.

Even at his advanced age, Horford is a balletic perimeter defender capable of temporarily dancing with smaller players. Key word here being temporarily. In Game 2, Golden State decided to test the limits of his gracefulness, and let’s just say that by the time the fourth quarter rolled around, the floodgates had erupted.

Curry is strumming this coverage during third quarters to the tune of 11.5 points on 59.9% true shooting.

One indicator that the Warriors’ space-ball attack is operating at peak capacity can be seen by observing their offensive rebounding numbers over the last few rounds.

On the surface, this may seem counterintuitive. How does a team known for playing smaller lineups beat teams on the offensive glass?

Well, as we saw in the Memphis series in which the Warriors topped the bigger, more athletic Grizzlies on the offensive glass, the group unlocks these second chances by leveraging their all-time exterior gravity.

The attention Curry, Thompson and Jordan Poole demand from behind the arc stretches defenses out, leaving cracks for Andrew Wiggins, Draymond Green and Kevon Looney to slither into for offensive rebounds (plus, the way the ball bounces off 3-point misses is much more difficult to predict than shots closer to the rim).

This problem has been further exacerbated in the third quarter, when thus far, the Warriors have collected half of their offensive rebounds in this series (9 of 18). By constantly bringing the Celtics’ bigs up to the line of scrimmage to navigate pick and rolls, they are not only challenging their mobility but also disabling them from boxing out in the paint and crashing the glass.

A Regression to the Mean

After Boston’s nylon-shredding fourth quarter in Game 1, shooting variability (and its role in the opener’s outcome) became a major point of discussion.

However, the Celtics’ streaky shooting is not merely limited to one quarter, it has been a confounding variable this entire time. They’ve shot 50.0% from 3 in the first, second and fourth quarters in the NBA Finals, but just 31.2% in the third.

More than any other quarter in this series, third quarters have been a much more accurate reflection of Boston’s regular-season shooting prowess (35.6%).

Boston’s regression to the mean during these spurts is especially crucial when you consider the nature of the Warriors’ defense.

Their progressive scheme focuses on limiting shots around the rim (the most efficient area on the floor) by overloading the paint with three/four defenders at a time and trusting those defenders to cover ground quickly and closeout to shooters on the 3-point line.

In the above clip (slowed down for viewing purposes), we see the utopian version of this philosophy. Golden State stonewalls Jayson Tatum’s drive (at the 0:19 mark, all five defenders are in the paint), run Derrick White off the line with a closeout, and then stamp his foray at the cup before the shot clock expires.

Like they did with the Dallas Mavericks, the Warriors are testing the volatility of Boston’s 3-point shooting. If the Celtics are hitting semi-contested 3s at a 50% clip, Golden State is probably sunk. But if they can run them off the line and keep them right around their normal averages, this defense is poised to continue their third-period shutouts.

Triple Ps off the Bench

Typically, Poole is the first player off the bench in the first/third quarter. But in the third quarter of Game 2, Steve Kerr decided to go in a different direction with his second-half substitutions.

At the 5:46 mark, Kerr brought in two players touting a last name starting with the letter “P,” but neither of them dawned the surname of Poole.

Instead, Kerr entrusted Gary Payton II and Otto Porter Jr. to run with Curry, Wiggins and Draymond. Kerr’s adjustments paid dividends as the duo’s two-way aptness played an integral part in slamming the coffin shut well before the last turn around the track.

And despite having his minutes cut, Poole didn’t want to miss out on the action.

He checked in with 79 seconds left and proceeded to score/facilitate the final eight points of the quarter, concluding another iconic Warriors’ third period with a Spirit Bomb from the heavens.