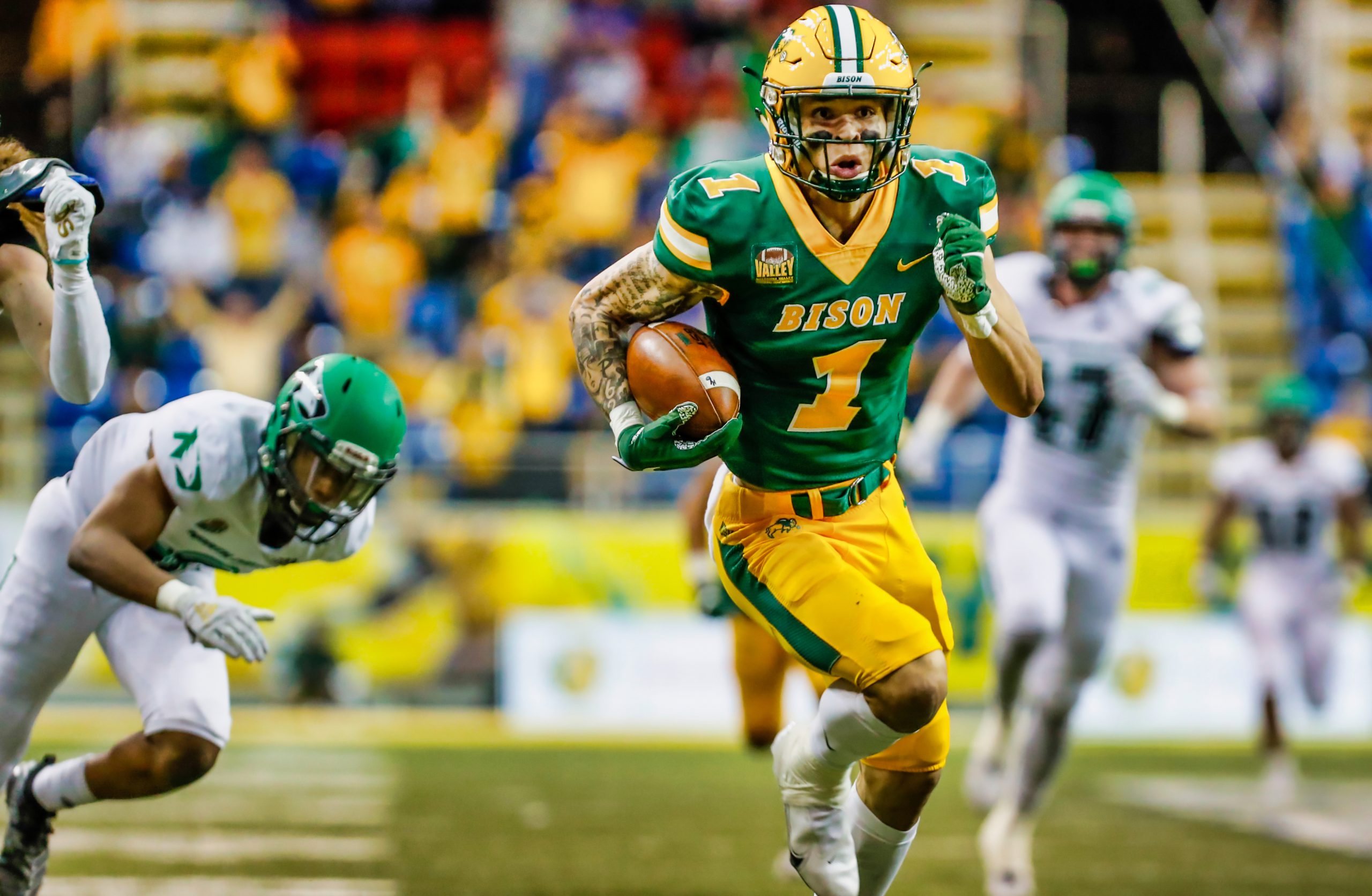 The “small school” label begins to fade once former FCS players start to contribute to their NFL teams.

That’s the next goal for the 24 players selected in the 2022 NFL Draft, starting with two picks in the first round – offensive linemen Trevor Penning (Northern Iowa) and Cole Strange (Chattanooga) – Thursday night in Las Vegas.

Following is an FCS pick-by-pick summary over the three-day draft, which ended Saturday. The 24 selections are the most since the same number was drafted in 2008 and tied for the sixth-most since the draft was reduced to seven rounds in 1994.

Said ESPN analyst Mel Kiper Jr.: “Left tackle, he’s going to be a work-in-progress. Heavily penalized in college, that will continue in the NFL. The offensive line coach is the key to Trevor Penning. The talent’s there.”

New England Patriots (1, 29): Cole Strange, OG/C, Chattanooga, 6-5, 307 – The pick was a surprise to many people, but the Southern Conference’s two-time offensive lineman of the year boasts a strong football IQ and good movement off the snap. He surpassed Terrell Owens (1996, San Francisco 49ers, 3, 89) as the Mocs’ highest modern-era draft pick.

“He’s going to be a guard that can help you right away, that’s what the Patriots needed to fill,” Kiper said. “Yeah, you can say it’s a reach based on what the number was in terms of the (second-round) grade, but he’s a good football player.”

(In the NFL Draft buildup, Eric Johnson was an all-star game riser)

(Count ’em up: FCS-era programs with the most NFL Draft picks)

Pittsburgh Steelers (7, 241): Chris Oladokun, South Dakota State, QB, 6-1, 207 – After two seasons at both South Florida and Samford, Oladokun saved his best for last at SDSU, passing for 3,164 yards and 25 TDs in a national semifinal season.

With free agent contract deals or mini-camp invites, according to announcements and reports: