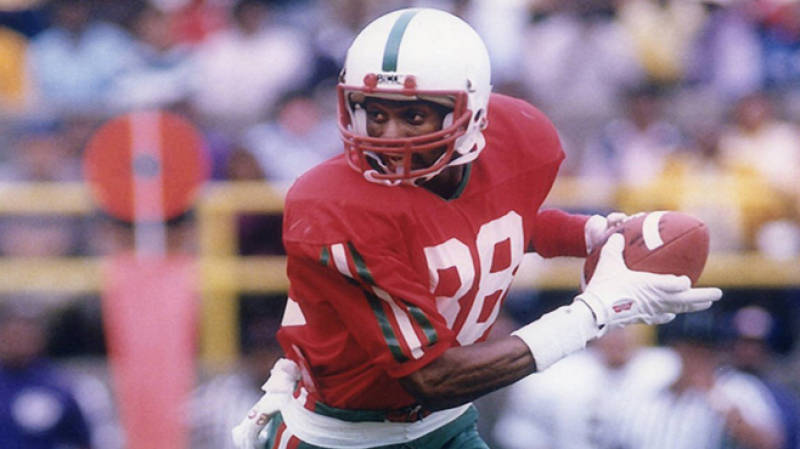 All-Time FCS Selections in First Round of the NFL Draft

There’s a well-received notion in sports that the top level will find a talented player no matter the level below.

In FCS college football, sometimes the talented players are right there in plain sight, ready to be selected in the first round of the NFL Draft.

It’s a select group since the FCS originated in 1978, with offensive linemen Trevor Penning (Northern Iowa) and Cole Strange (Chattanooga) becoming the 22nd and 23rd all-time first-rounders in the 2022 draft.

The list includes a trio of schools with multiple first-rounders: Alcorn State and Jackson State with three each, and North Dakota State with two.

There’s common belief quarterback Doug Williams was the first FCS first-round pick, but his final season at Grambling State in 1977 predated the Division I split. The distinction belongs to Simms, one of three Super Bowl MVPs (21) on this list (also Jerry Rice and Joe Flacco).

Smith was part of the 2014 College Football Hall of Fame class and had an All-Pro season with the Cardinals in 1986.

The 1988 NFL Offensive Rookie of the Year with 1,168 rushing yards was 43 when he died in a car accident in 2009. His daughter is tennis star Sloane Stephens.

The three-time All-Pro spent his entire 12-year NFL career with the Lions, totaling 571 tackles and 95.5 sacks in 187 games. The franchise’s annual Man of the Year award is named after Porcher.

Anderson’s selection two picks after Sylvester Morris made Jackson State the first, and still only, FCS program to have two first-rounders in the same draft.

No player in NFL history has more passing yards (41,269) without a Pro Bowl season, but Flacco has a Super Bowl 47 title on his resume.

Lance went 17-0 as a starter at NDSU, becoming the first player to receive both the Walter Payton and Jerry Rice (FCS freshman of the year) awards in the same season (2019).