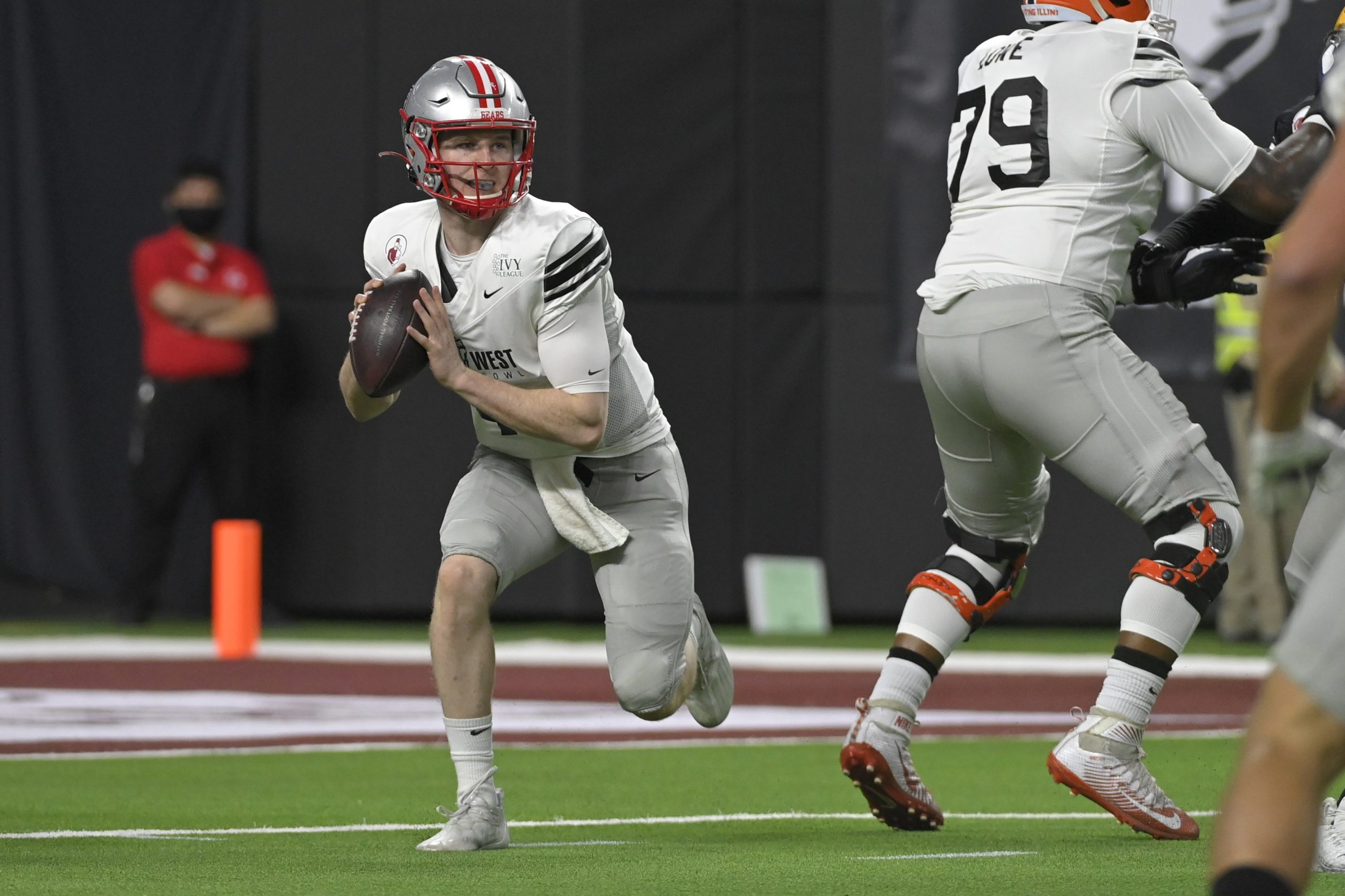 The general feeling is the practices leading up to the game are the most important aspect of the week at a collegiate all-star showcase.

In the last two weeks, though, the large contingent of former FCS players at the biggest events – the NFLPA Collegiate, East-West Shrine and Senior bowls – proved a big performance on game day was just as valuable for their 2022 NFL Draft stock.

While there’s one game remaining on the all-star game circuit – the HBCU Legacy Bowl on Feb. 19 in New Orleans – it will be hard to top the many recent performances.

The Skinny: Riser? Can a draft prospect projected for the first round be considered a riser? Well, yes, because the 6-foot-6¾, 330-pound Penning was all the talk among offensive linemen at the Senior Bowl, where he was named the National team’s offensive practice player of the week in a vote of the opposing American team’s defensive linemen and linebackers. The mauler’s “nasty” streak of knocking defenders backward and to the ground had the look of the top half of the first round.

Stats to Know: The only FCS offensive linemen to be a 2021 Walter Payton Award finalist has power, as evidenced by his squatting a UNI program-record 625 pounds and doing 385-pound power cleans. He committed 16 penalties as a senior – way too many for even the most aggressive linemen.

The Skinny: Winning a positional practice player of the week honor is a good sign to NFL scouts, but Perry’s second half at the Shrine Bowl was nothing short of spectacular – he completed 13 of 18 passes for 241 yards and three touchdowns plus ran in a pair of two-point conversions to earn Offensive MVP. At the least, the heady Perry (6-1½, 212) can provide a change of pace at the next level, including on designed runs.

Stats to Know: The nephew of Brown coach James Perry didn’t lack production in his two seasons after a transfer from Boston College, notching two of the top three highest Ivy League seasons for total offensive yards. In 10-game schedules, he had a record-setting 3,678 yards in 2019 and the third-highest, 3,435, in 2021.

The Skinny: Opposing American team cornerbacks voted Watson as the National team’s top wide receiver in practices at the Senior Bowl. His size (6-4, 211) and speed (20.71 mph max speed at practice, according to Zebra Technologies) stood out, and he impressed by creating separation from defenders, ball skills and long strides that created yards after catch (16 on a 38-yard reception). His big week likely solidified himself as a top-100 draft pick.

Stats to Know: Watson played for three FCS national championship teams at NDSU and redshirted in a fourth title season. He averaged over 20 yards on 105 career receptions as well as a show-stopping 55.2 yards on 18 career touchdowns (14 receiving, two rushing and two kickoff return).

The Skinny: It’s hard to miss a signal caller with NFL-ready size (6-6½, 248), but scouts got an up-close look at Kelley twice – the Hula and NFLPA bowls. He showed off his competitive moxie and mobility in the pocket, winning the MVP award at the NFLPA game after going 12 of 17 for 150 yards and a touchdown plus a game-winning two-point pass attempt.

Stats to Know: In three seasons following a transfer from Arkansas, Kelley had a 72.1 completion percentage, setting the FCS career record (minimum 750 attempts; he had 950). The 2020 Walter Payton Award recipient and 2021 runner-up led the FCS over those two seasons (20 games) in passing yards per game (389.3), total offensive yards per game (416.2) and total TDs (87).

The Skinny: His first step off the snap, spin moves and power moving forward helped set the 6-4, 300-pound Johnson apart at the NFLPA game, and his week-long excellence (he posted the game’s only sack) earned him a late invitation to the Senior Bowl, where he helped his draft stock in those practices as well.

Stats to Know: Often overlooked in the Missouri Valley Football Conference’s deep talent pool, the durable run stuffer played in a school-record 55 consecutive games as a five-year starter. In his final game, he posted a career-high 11 tackles with a forced fumble and a blocked kick against UT Martin in the FCS playoffs.