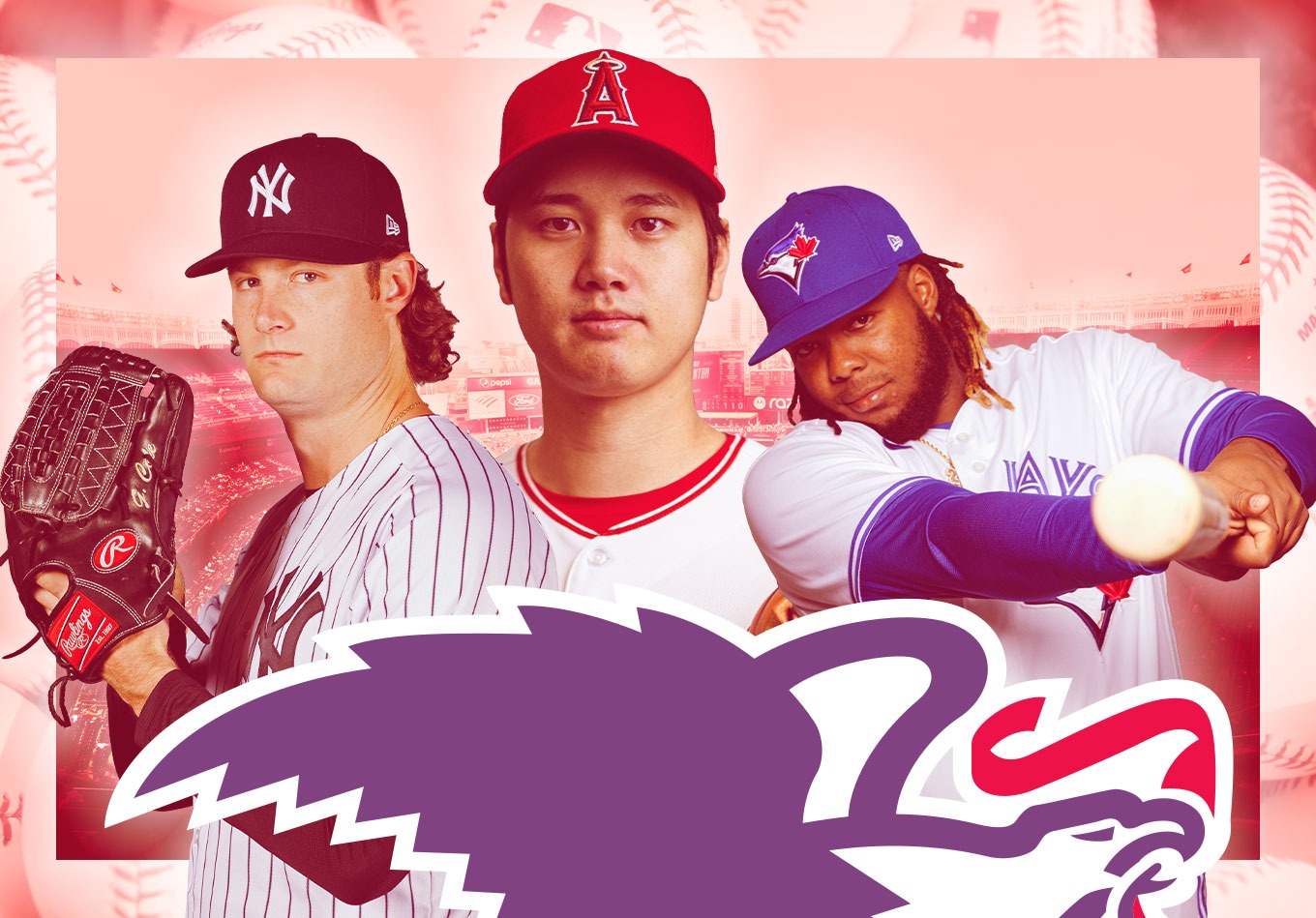 If you thought the powerhouses in the AL East were going to be happy with the Tampa Bay Rays and their small (in comparison) payroll once again winning the division, this offseason made you think again.

In the Central, the Detroit Tigers appear ready to push the defending champion Chicago White Sox after a notable offseason and the Minnesota Twins are thinking bounce-back season after stunning the league by adding star shortstop Carlos Correa.

The A’s have taken a step back in the West by trading, well, everyone, while the Seattle Mariners have doubled down on last year’s surprising rise and the Texas Rangers spent more than any team as they look to dig their way out of the cellar.

And is this finally the year the Los Angeles Angels challenge the Houston Astros?

So how will things shake out in the American League? Let’s reveal who the favorites are this season according to our roster-adjusted raw value team rankings, which aren’t projections, but rather a single ranking system calculated using a model that combines each player’s 2021 raw value data and adjusted for 2022 rosters.

Raw value+ (RV+) examines how a hitter performs throughout each pitch of an at-bat rather than just the end result, while raw value- (RV-) does the same from a pitcher’s perspective. (NOTE: The roster portion of the roster-adjusted RV rankings were calculated on April 1.)

And if you haven’t checked out the National League rankings, you can find them here.

It’s probably no surprise that the best team on paper across the whole league heading into the season according to our raw value metric is the New York Yankees. The re-signing of Anthony Rizzo could be a key play as he adjusts to life in the AL East, batting .267 in 88 at-bats against divisional rivals following his midseason trade last season – expect the pop to return to his bat as he hasn’t hit 30 home runs in a season since 2017 (32).

Undoubtedly Josh Donaldson (163 RV+, seventh in MLB in 2021; 176 BIP+, 11th; 117 discipline+, 14th) will provide a hefty upgrade at third base for the pinstripes on the field, providing the 36-year-old third baseman can stay fit, but concerns might also be afoot as to whether he can adjust to the pitching he will face – of the six divisions, his batting average is the lowest against AL East across his storied career.

An incredibly trim Vladimir Guerrero Jr. (174 RV+, third in MLB) anointed last season as the trailer and this year the movie for the Toronto Blue Jays. Even with changes in cast, as headline acts Marcus Semien and Robbie Ray departed, the show appears to be rolling north of the border. After four seasons away from the American League, Kevin Gausman (75 RV-, ninth in MLB; 125 whiff+, sixth; 120 strike+, second) returns hoping to fill Ray’s Cy Young laced boots and a 3.88 ERA from his last go around with Baltimore would be greatly appreciated.

It’s hard to argue against Matt Chapman being the trade of the offseason, even if it has all but emptied the Blue Jays farm system for any midseason improvements via trades, but his defensive prowess around the infield will only solidify their ground game (as well as potential for a dinger-filled lineup). Also keep an eye on whether Yusei Kikuchi can lower his 4.97 career ERA in a new home. The 30-year-old left-hander has always had the velocity, but consistency has been a question.

It has taken two seasons but Chaim Bloom’s attempts to turn the Boston Red Sox into his former employers (but with money) appear to have come to fruition. Veteran pitchers Rich Hill, Michael Wacha, Jake Diekman, Matt Strahm and James Paxton all signed to short-term contracts, whilst Jackie Bradley Jr. returns after a season away in Milwaukee, hoping his career low .136 batting average stays there too.

Possibly the most intriguing question coming into the season across all of baseball – where will Trevor Story’s batting average end up? The shortstop mashed .303/.369/.603 at Coors Field, but ‘only’ .241/.310/.442 on the road. But with a career .313 average against AL East pitching, is it impossible to believe a .280 average could be on the table?

The defending AL East champion Tampa Bay Rays, with 100 wins under their belt, probably felt they didn’t need to do much this offseason with the main highlight being extending Wander Franco’s stay by the Bay, and not Montreal, until 2032 at the earliest. The low position on our rankings shouldn’t be a surprise as the Rays make the most of the sum total of the parts, but with a farm system now at maturation, it’s fair to wonder whether that will be enough to compete with their more affluent rivals.

With Tyler Glasnow (out for the season) and Shane Baz (possibly a few months) sidelined, two-time Cy Young winner Corey Kluber will be turned to in a similar role to the one Rich Hill delivered, initially, last season. But with just 116.2 innings thrown over the last three seasons, the veteran very much fits the category of high-risk, high reward.

The Baltimore Orioles are, according to my notes, a Major League Baseball team in the AL East. Against divisional rivals last season, they went 20-56, including 1-18 against Tampa Bay. Expectations are this record won’t improve too much in 2022, and John Means, Cedric Mullins and Trey Mancini could be traded by the deadline.

Adley Rutschman replaced Franco as the top prospect in baseball in 2021. The catching, switch-hitting prospect’s big-league debut has been delayed by a triceps strain, but a Triple-A slash line of .312/.405/.490 across 157 at-bats have failed to dampen expectations that, maybe, winning times will return to Camden. Or at least that they might start holding on to some talent.

The Chicago White Sox are heavily favored to repeat after claiming the division title in manager Tony La Russa’s return by an MLB-high 13 games. If outfielders Luis Robert and Eloy Jimenez are healthy all season, the offense could be relentless, also boasting Jose Abreu (788 RBIs since 2014 are No. 2 in the majors), Tim Anderson and Yoan Moncada.

After the Minnesota Twins went from first (2019 and ’20) to worst (’21) in the division, they were active in the offseason. Their unexpected signing of Correa (146 RV+, 18th) followed the resigning of center fielder Byron Buxton ($100 million, seven years) and trades for right-hander Sonny Gray, catcher Gary Sanchez and third baseman Gio Urshela. Countering an offense that ranked fourth in RV+, the Twins had a 4.83 ERA and surrendered 239 home runs. Kenta Maeda will miss most, if not all, of the season following Tommy John surgery, but opening-day starter Joe Ryan offers promise.

The new nickname will bring attention to the Cleveland Guardians, but there’s a lot to pay attention to on the field. Right-hander Shane Bieber, the 2020 AL Cy Young Award winner, is healthy again after a shoulder injury limited him to two starts following last year’s All-Star Game. Third baseman Jose Ramirez (154 RV+, 13th; 110 contact+, 10th) remains one of the majors’ top offensive threats, and Myles Straw and Franmil Reyes could be among the AL leaders in stolen bases and home runs, respectively. Emmanuel Clase had 24 saves and a 1.29 ERA as a rookie.

The Detroit Tigers are trending in the right direction. They posted a 69-66 record after an 8-19 April and have influential newcomers to help with the next step: shortstop Javy Baez (180 BIP+, 10th), catcher Tucker Barnhart and left-hander Eduardo Rodriguez as well as two of MLB’s more touted rookies, Spencer Torkelson and Riley Greene. With left fielder Akil Baddoo and third baseman Jeimer Candelario coming off breakout seasons, some of the young arms hope to be next. Miguel Cabrera enters his age-38 season just 13 hits shy of 3,000 in his career.

Free agent signee Zack Greinke is back where his career started just when the Kansas City Royals are set to unveil another high-level draft pick, third baseman Bobby Witt Jr. The Royals figure to steal bases with Witt, a healthier Adalberto Mondesi (43 stolen bases in 2019) and table-setter Whit Merrifield, who has the most hits (821) in the majors since 2017. The Royals seek to improve on an AL-low 163 home runs, and that total included catcher/DH Salvador Perez’s 48, which tied for the most in MLB.

The Houston Astros are once again expected to win the division, but the stranglehold they used to have on the AL West no longer exists. Houston lost Correa to Minnesota, but the offense that ranked first in RV+ last season will see key contributors like José Altuve (113 contact+, fourth in MLB in 2021), Kyle Tucker (155 RV+, 12th), Michael Brantley (113 contact+, sixth), Alex Bregman, Yordan Àlvarez (162 RV+, eighth; 193 BIP+, seventh) and Yuli Gurriel (2021 AL batting champion; 111 contact+, eighth) all return.

The rotation features the long-awaited return of future Hall of Famer Justin Verlander, who in his age-39 season will pitch for the first time since 2020, when he appeared in one game and completed 6.0 innings before being shut down by the team with a forearm strain and later undergoing Tommy John surgery.

Meanwhile in Anaheim, the Los Angeles Angels might finally have the team that gets the organization back to the postseason for the first time since 2014. The lineup features a couple of guys of whom you may have heard: Shohei Ohtani (2021 MVP and modern-day Babe Ruth) and Mike Trout (.333 AVG in 141 ABs last season). Throw in Anthony Rendon, who only played in 58 games in 2021, and Jared Walsh, who broke out with 29 home runs and an .850 OPS last season, and that’s a fairly fearsome foursome in the middle of the order.

Pitching, of course, will make or break this team. Angels starters ranked 14th in RV- last year, even with the heavy lifting from Ohtani. Reinforcements are on the way, however, with the signing of Noah Syndergaard, who did not play in 2020 due to Tommy John surgery and only started two games in September last season, and top prospect Reid Detmers (7.40 ERA in five starts in 2021) likely joining the rotation.

Heading up to the Pacific Northwest, the Seattle Mariners fell just two games short of reaching the playoffs for the first time since 2001 – the longest postseason appearance drought in the four major American sports leagues. That blinding light in your eye right now is the Mariners’ future. Headlined by Julio Rodríguez, one of baseball’s premier prospects, Seattle’s farm system is overflowing with talent – and they already graduated Jarred Kelenic last year and 2020 AL Rookie of the Year Kyle Lewis the year before. Ty France returns after a career year in 2021 (.291/.368/.445), and the Mariners added Eugenio Suarez (31 HRs in 2021) and Jesse Winker (posted career highs in HR, RBI, BA, OPS in 2021) in a trade with the Cincinnati Reds. Oh, and they signed AL Cy Young Award winner Robbie Ray. So, yeah, Seattle’s a contender.

As we mentioned earlier, the Oakland Athletics traded away everyone from their roster. OK, not everyone, but a lot of the good players. The A’s sent Matt Olson (team-leading 133.8 RV+ in 2021) to the Atlanta Braves, Matt Chapman (two-time Platinum Glove award winner) to the Blue Jays, Chris Bassitt (a first-time All-Star in 2021) to the New York Mets and Sean Manaea (career-high 179.1 innings pitched in 2021) to the San Diego Padres. Mark Canha and Starling Marte also left in free agency. What’s left is a roster that features players likely following their old teammates out the door (Frankie Montas) and players that could be part of the next great A’s team (Christian Pache, Sean Murphy). It could be a very long season at the Coliseum.

The Texas Rangers were, like Oakland, also extremely busy this offseason. But instead of gutting a team that could have contended for the postseason once again, the Rangers fleshed out a roster that was mostly devoid of talent (see their 2021 record). Texas signed Corey Seager (.306/.394./.521) and Marcus Semien (third in AL MVP voting) to massive contracts, solidifying the middle of their infield for the foreseeable future. Their pitching, on the other hand, needs more help than just offseason free agent acquisition Jon Gray. Prospects are on the way soon, but the Rangers still have a long road back. 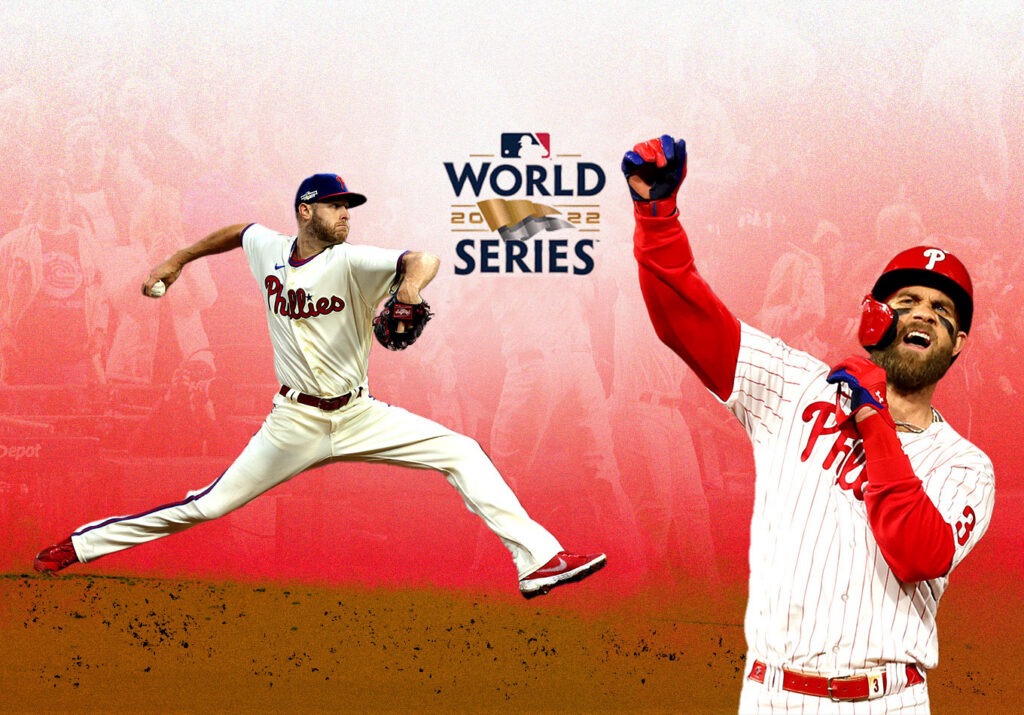