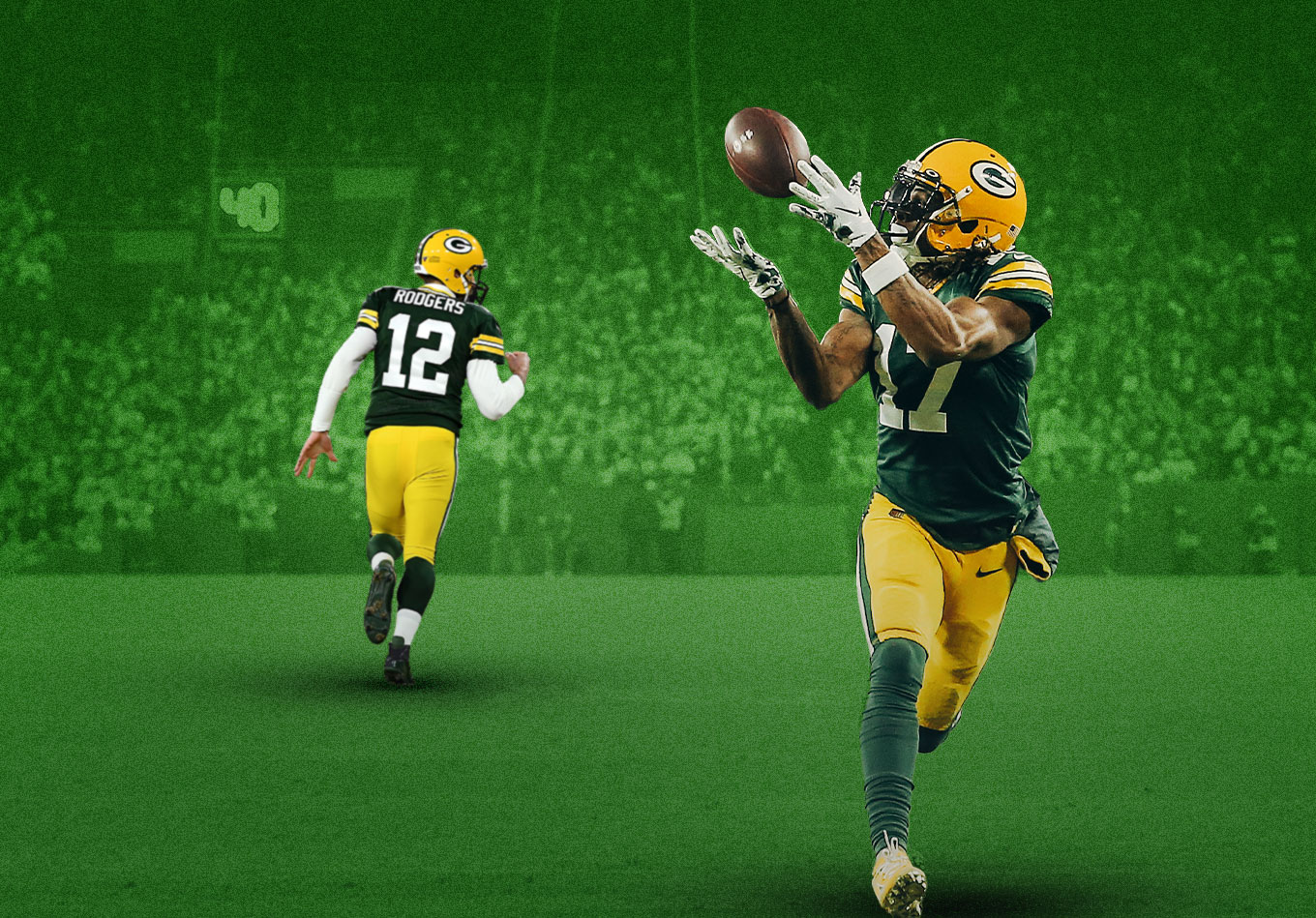 Save the Last Dance: How the Packers Can Make a Rodgers-Adams Swansong Successful

After a tumultuous offseason, the Green Bay Packers can afford to look towards the 2021 season with excitement as one of the frontrunners to lift the Lombardi Trophy.

Their stand-off with Aaron Rodgers ended with his place on the roster secured for 2021 at least, meaning the league MVP will have the chance to replicate his 2020 heroics and take one of the most talented rosters one step further after losing in the NFC championship game in each of the last two seasons.

Pivotal to Green Bay’s hopes of returning to the Super Bowl for the first time since last winning it in the 2010 season is Rodgers’ rapport with his No. 1 weapon, Davante Adams.

Their connection has been one of the most potent in recent NFL history, yet despite the resolution between Rodgers and the Packers, there is reason to fear it could be the final year in which the future Hall of Famer will be throwing in Adams’ direction.

Prior to Rodgers finding middle ground with the Packers, he and Adams each posted a still from The Last Dance, which chronicled the final year of the Michael Jordan-led Chicago Bulls NBA dynasty, on their respective Instagram stories.

That did little to calm the nerves of Packers fans and with Adams an unrestricted free agent in 2022, it would be wise not to take the 17 regular-season games he and Rodgers are scheduled to play together in 2021 for granted.

Adams wants to be the highest-paid wide receiver in the NFL and said that Rodgers’ return has no impact on that desire. In other words, Green Bay will not be getting a discount even if Rodgers is back for 2022, which is no guarantee.

Green Bay would be left with a dead cap charge of nearly $27 million if it trades Rodgers next offseason. Still, given the staring contest they engaged in this year, a 2022 divorce cannot be ruled out, especially if the Packers fall short again.

The Packers could, therefore, be facing up to the possibility of playing 2022 without one if not both of the duo, and simply cannot afford to waste a potential final year of one of the most dynamic partnerships in the NFL.

A second-round pick in the 2014 draft, Adams has built a compelling case for being considered the best receiver Rodgers has played with during his storied career.

They have hooked up for 498 receptions in that time, which is 17th among all quarterback and wide receiver duos since 1991.

Rodgers’ 6,018 yards passing to Adams is the 24th most among QB and WR pairings since 1991, while the 57 touchdowns he has thrown to Adams is tied for ninth with Brett Favre to Antonio Freeman in that same timeframe.

When throwing to Adams, Rodgers has a hugely impressive passer rating of 107.7, ranking 22nd on the list for QB-WR duos with a minimum of 250 targets since 1991, though it is some way adrift of the 124.2 rating he posted when throwing to Jordy Nelson between 2008-17, which tops that same leaderboard.

Rodgers and Adams may not be as efficient as Rodgers was with Nelson, yet it seemingly has the chance to improve further in the coming season with arguably both players the best at their position.

Rodgers took Matt LaFleur’s offense, with its roots in the schemes of Kyle Shanahan and Sean McVay, to heights not scaled since Matt Ryan took the Atlanta Falcons to the Super Bowl in 2016 with Shanahan as his offensive coordinator.

Like Ryan five seasons earlier, Rodgers was named MVP after a year in which he led the league with a completion percentage of 70.7 and threw for 4,299 yards, 48 touchdowns and just five interceptions.

Remarkably consistent with his accuracy and his decision-making, Rodgers was third in the NFL with a well-thrown percentage of 82.4 while his pickable pass percentage of 2.23 was also bettered by only two quarterbacks – Alex Smith (2.12) and Tom Brady (2.20).

Adams was the main beneficiary of one of the finest seasons of Rodgers’ career as he led the league in receiving touchdowns with 18. His ability to adjust to the football in the air combined with Rodgers’ consistently superb placement made them a near-unstoppable duo in the red zone.

He racked up 1,374 receiving yards and delivered that production at an extremely efficient rate through his proficiency for creating separation with route-running skills that are among the best in the league.

Adams registered a burn, which is when a receiver wins his matchup on plays where he is targeted regardless of whether the pass is catchable, on 70.0% of his 147 targets. That ranked seventh in the NFL among those who were targeted at least 100 times. He also led wide receivers in burn yards per route with an average of 3.9 yards, delivering a clear improvement after tying for fourth in that same metric with 3.4 yards in 2019.

The 2020 season was the one where Adams made the leap from elite to the clear-cut top receiver in the league in the eyes of many. While his position as the gold standard may be up for debate, what is not in question is that he and Rodgers are performing at the peak of their respective powers.

So what must the Packers do to ensure their final year together, if that is what 2021 proves to be, is a successful swansong?

Getting Over the Hump

The Packers’ 2020 season came to an end amid a controversial decision by LaFleur in the NFC championship game.

With the Packers trailing the Buccaneers 31-23 and facing a fourth and goal from inside the Tampa Bay 10-yard line, LaFleur opted to kick a field goal to trim the deficit rather than to give Rodgers a final shot at finding the endzone.

Green Bay never got the ball back after the field goal, leading to intense criticism of LaFleur. That sequence was not reflective of the Packers’ performance inside the 20 last season when they led the league in red-zone touchdown efficiency.

Yet Green Bay could certainly benefit from LaFleur being more aggressive on fourth down. The Packers were 10th in the NFL in fourth-down conversion percentage (61.9), but their 21 fourth-down attempts were tied for 14th.

Therefore, there is room for the Packers to put more faith in their dynamic quarterback-receiver duo in those situations. To do so, however, La Fleur will need to have plenty of confidence in his defense.

Having parted company with much-maligned defensive coordinator Mike Pettine following their playoff exit, the Packers are hoping that his replacement Joe Barry can elevate that unit to the ranks of the elite.

Green Bay finished 14th in opponent yards per play (5.49), though the Packers were top 10 in that regard against the pass. They conceded 6.13 yards per pass play.

To further bolster their options defending the pass, the Packers drafted Georgia cornerback Eric Stokes, who ranked second among Power Five corners by allowing an open percentage of 38.5, in the first round.

Yet if the Packers are to reach the upper echelon in pass defense, the onus is more likely to be on their front seven. They ended 2020 tied for 26th in opponent negative plays (72) and would benefit hugely from a bounce-back year from Preston Smith.

His pressure rate of 10.0% was the eighth worst among edge rushers with a minimum of 100 plays and came a year after he registered 12 sacks. Za’Darius Smith had double-digit sacks for the second successive year, but his pressure rate of 16.5 was only marginally above the average of 15.9 for edge players.

The progress of Rashan Gary, who had a pressure rate of 19.1% last season, has been encouraging. But as much as a better pass rush would aid Green Bay’s cause, the team’s run defense is the most pressing issue on that side of the ball.

The Packers, who ranked 21st in opponent rushing average (4.55 yards) in 2020, appear just as vulnerable to the ground game as they were when their 2019 season was ended in an NFC title game in which the San Francisco 49ers racked up 285 net rushing yards.

Green Bay’s deficiency at linebacker was laid bare in that rout and the Packers have done little to address it. Their likely starters at inside linebacker are Krys Barnes and Kamal Martin. Barnes’ 2020 run disruption rate of 2.1 was the ninth lowest in the NFL among linebackers, while Martin made just six starts in 10 games.

Michael Jordan’s successful last dance could not have been possible without a stellar core around him. Rodgers and Adams performed at a level worthy of a Lombardi Trophy in 2020, but they’ll need their head coach and defense to rise in 2021 if they’re to celebrate a long-awaited title before potentially saying goodbye.