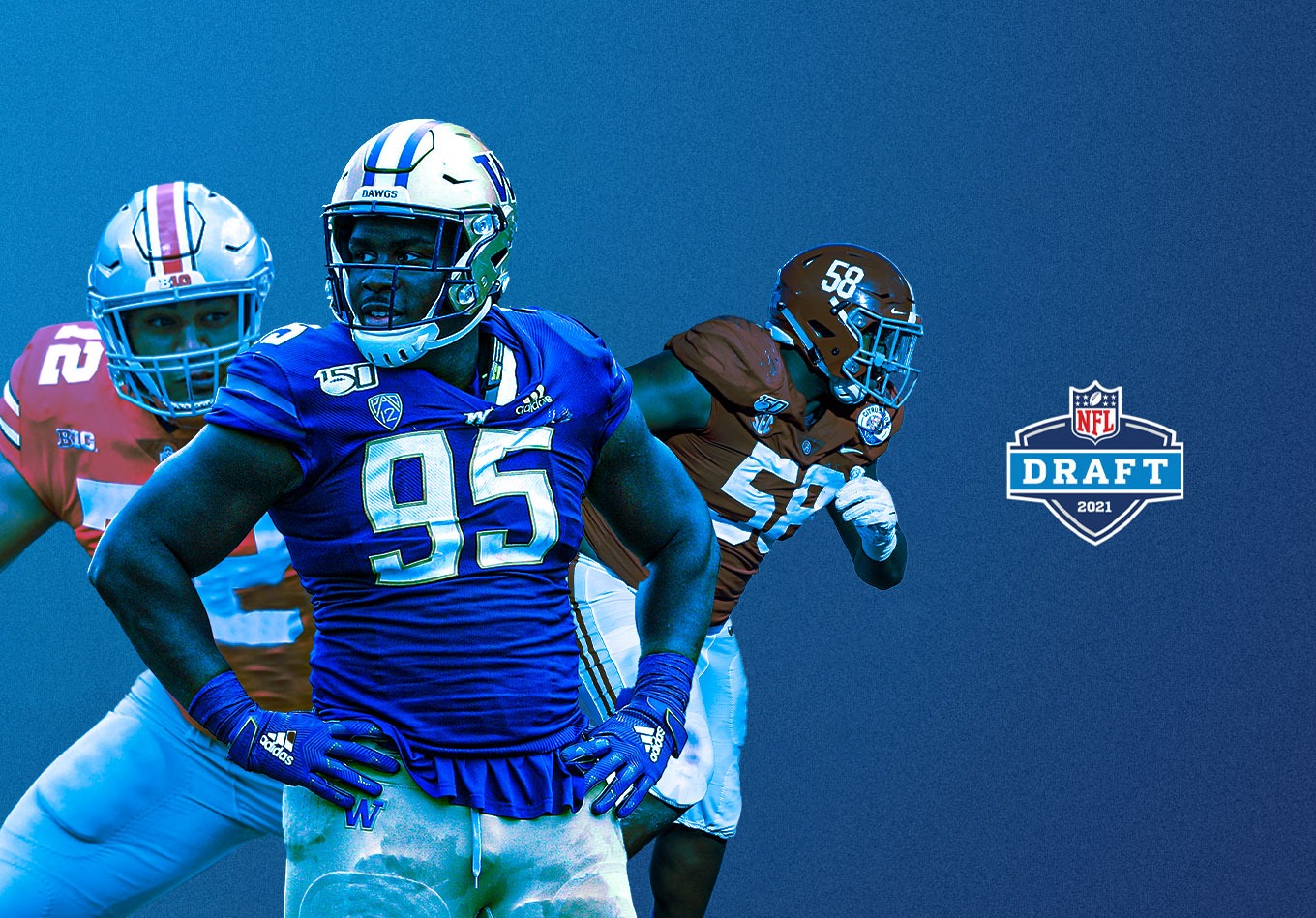 Thin Crop: A Look at Where NFL Teams Can Cultivate Difference-Makers on the Defensive Front

We’re just over a week away from a highly anticipated NFL draft. Leading up to the event, we’ll take a look at the most interesting players at each position. Today, our interior defensive lineman rankings are revealed.

It’s a group that isn’t exactly overwhelming on paper.

A year after just two interior defensive linemen (Derrick Brown, Javon Kinlaw) went in the first round, it’s possible we could see just one called next Thursday night.

Though it isn’t as deep as the edge position, there’s still plenty of impact potential to be had throughout the draft and teams will have to make decisions based on the type of skill set that best meets their needs up front.

Let’s take a look at how our top 10 prospects (Power Five only) on the defensive interior stack up against both the run and the pass, based on their college production. Our ranking system was calculated by taking individual pressure rates for pass-rushing and disruption rates for run defense. We then normalized those rates against the player’s conference averages and balanced them to adjust for prospects who opted to sit out the 2020 season.

Christian Barmore should be the top guy off the board, and for good reason. He’s yet another in a long line of great Alabama linemen, even if he isn’t on quite the same level as Quinnen Williams, Daron Payne, or Johnathan Allen coming out of Tuscaloosa.

Still, he’s a premier pass rusher and his 20.5 disruption rate (RD%) shows he is still very strong in the run game as well.

Barmore probably doesn’t stack up as well against the run as Washington’s Levi Onwuzurike. The Huskies nose tackle decided to sit out his senior year, but he was a force in 2019. He ranked in the top five in the Pac-12 in both pressure rate (13.3) and RD% (24.3) and outperformed his fellow conference mates Jay Tufele and Marlon Tuipulotu.

We’re under no impression that stats and college production are the be-all-end-all of NFL projection, but strictly on a performance basis, Ohio State’s Tommy Togiai was arguably the best defensive tackle in college football last season.

After a mediocre sophomore campaign in 2019, the Buckeyes’ 1-technique tackle spent all of the shortened 2020 season blowing up offensive lines to the tune of a 20.8 pressure rate (PR%) and 35.3 RD%. That ranked first and second, respectively, in the Big Ten. He may not be the star he was in college, but we’re not betting against him having a successful NFL career.

Marvin Wilson is another guy who gets our attention, though there are some reasons to be concerned. Each of his last two seasons at Florida State have been very productive on the inside. His RD% jumped from 11.2 to 17.4 this past season, revealing growth in his ability to stop the run. However, his PR% fell from 17.2 to 13.2, which is obviously concerning going forward. He’ll need the right situation to bring out his full potential as a player at the next level.

It appears both Tyler Shelvin and Jaylen Twyman could have benefited from another season in college. Each understandably opted out of the 2020 season due to COVID-19 concerns, but from a football perspective, we weren’t overly impressed with either’s 2019 season in terms of draftability.

Shelvin showed very little pass rush ability at LSU, but as a projected nose tackle in the NFL, that’s far from the most important thing. The massive 6-foot-2, 350-pound giant figures to have the most value as a run-stuffer, but he was only about 13% better than average against the run last season. That isn’t good enough when considering the top defenders in this class come in at about 50-75% better than average.

Twyman is more versatile than Shelvin, but he also wasn’t overly impressive in his 2019 performance. He was rated out to be just above average in rushing the quarterback and below average against the run compared to his ACC peers.