Finding an Edge: A Potential Overperformer, Standout With Red Flags and Late-Round Sleeper | The Analyst 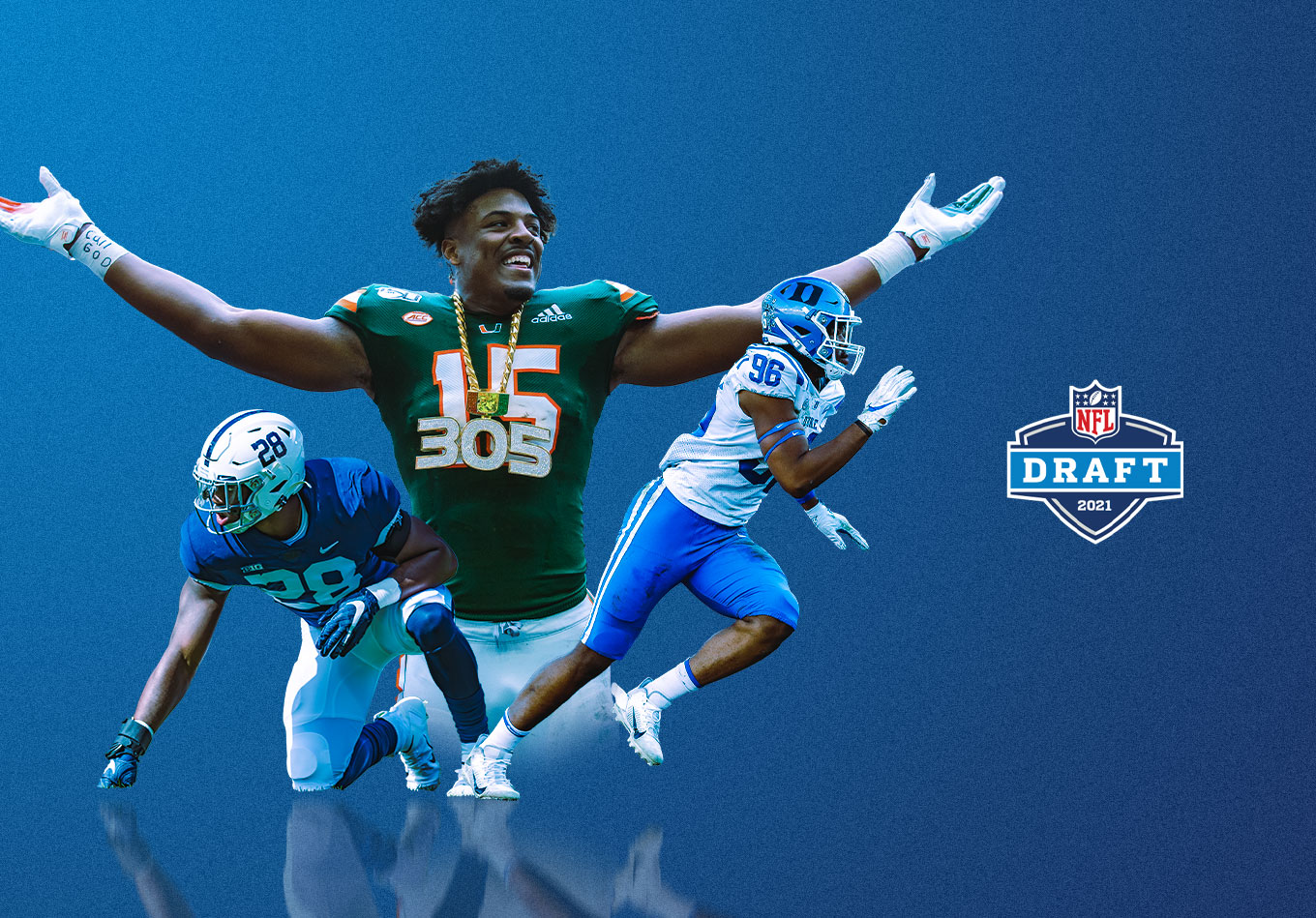 Finding an Edge: A Potential Overperformer, Standout With Red Flags and Late-Round Sleeper

We’re just over a week away from a highly anticipated NFL draft. Leading up to the event, we’ll take a look at the most interesting players at each position. Today, we’re examining the edge rushers.

It’s all anyone is talking about heading into the 2021 NFL draft. And that’s perfectly fine for teams that will not be in the market for a QB come a week from Thursday.

The mad panic to grab a difference-maker under center will leave a lot of quality edge rushers available after the top 10. Kwity Paye and Azeez Ojulari are rightfully drawing a lot of attention in the first round of the draft. But there’s a lot of depth all the way throughout the class as well, which leaves teams with plenty of options throughout the draft.

Let’s take a look at three players we have our eye on in this draft: one we think has the potential to over perform his projected draft slot, one that we’re hesitant on, and one we think could provide great value as a late round sleeper.

The 6-foot-5, 257-pound Jayson Oweh played in seven games in his COVID-shortened redshirt-sophomore campaign for Penn State. He primarily lined up as a left defensive end, most often with his hand in the dirt as a traditional 4-3 end. He finished his season with 38 total tackles (6 TFLs), no sacks, and one pass defensed.

We’ll start with the elephant in the room. No, the Nittany Lion defensive end didn’t record a sack in his third and final season in Happy Valley. And it’s understandable why a team (or a fanbase) would scoff at the idea of taking a player that failed to bring down the QB at the position where doing so is the single most important task – especially in the first round. In fact, the last defensive end to get picked in the first round with as few career sacks as Oweh’s 7.0 was Dominique Easley in 2014 with 4.5. An edge rusher that can’t get to the quarterback just isn’t worth a first-rounder in today’s NFL.

But as we dig deeper, there’s a lot more to like from what Oweh did on the field this past season. First off, his overall pressure rate in 2020 was 26.2%, good for fourth best among edge rushers in this year’s draft. And while he never successfully brought the quarterback down, he had two instances where his pressure directly led to a teammate picking up a sack, bringing his adjusted sack rate to 1.9% on the season. This is still a low number for a player of his caliber (for reference, Ojulari was at 8.8%), but that may not mean what you think it does at first glance.

While it’s possible he just struggles to finish the job, it’s more likely that Oweh has experienced some bad luck in a small sample size. Typically, Power Five edge rushers have a ratio of adjusted sacks (or pressure that directly or indirectly leads to a sack on the play) to pressures of around 23%. If we apply that rate to Oweh’s 28 pressures, he would be expected to have about six or seven adjusted sacks on the season. When considering he only played in seven games this season, that number becomes far less concerning.

Oweh can bring it in the run game as well, even more so than other potential first-rounders. He created a disruption on 20.9% of run play opportunities, twice the average rate of an edge player in college and second best in this draft class. He uses incredible quickness and long arms to win matchups against blockers before they can even get their hands on him.

Combine his well-rounded ability to get into the backfield in both the running and passing games with his eye-popping Pro Day results (his 4.36 40-yard dash time would be impressive for a wide receiver, let alone a defensive end), and Oweh could be a special talent at the next level.

The Red Flags on Rousseau

Gregory Rousseau is a 6-foot-6, 266-pound defensive end that opted out of what would have been his redshirt-sophomore season for the Miami Hurricanes. In his lone full season (he played just 17 snaps in his redshirt 2018 season), Rousseau was a destructive force, registering 15.5 sacks and two forced fumbles over 13 games. He lined up primarily as a defensive end (almost always on the left side), while also moving inside to rush the QB from the interior on passing downs.

Rousseau is an interesting case, as we only have a single redshirt-freshman season’s worth of film and data to evaluate on him. That single season was spectacular, but there are a few reasons to be concerned about how that may translate to the next level.

His total pressure rate of 20.9% in 2019 is slightly below that of potential first-round picks in their 2020 seasons, although that isn’t entirely surprising given Rousseau was just a freshman in 2019 and wasn’t able to show his third-year improvements on the field. But one other difference lies in where those pressures came from.

Rousseau was the only one of the major edge players to spend as much time as he did on the interior. He lined up inside about 20% of the time and 38% of his pass rush attempts were from a 1- or a 3-technique, yet almost half of his pressures (18 of 38) came on those plays. His speed and quickness allowed him to abuse slower guards to their outside shoulder, which should be much more difficult at his size against NFL-level interior linemen.

There is also a possibility Rousseau was affected by some small sample size luck similar to Oweh, but in the other direction. As mentioned, Rousseau had a quality-but-not-elite pressure rate of about 21%. Yet with 19 adjusted sacks, his sack-to-pressure ratio was 50%, almost twice the average rate. This likely was impacted by 6.0 of his sacks being “unallowed” (either as a free rusher or as a secondary pressure after the QB is pushed from the pocket), which are much less indicative of pure talent.

Rousseau also struggled to consistently affect the run game. He was very good at adjusting to a re-routed running back (as evidenced by his 17 tackles within 2 yards of the line of scrimmage), but his disruption rate (6.6%) was well below the Power Five average for edge players.

To be clear, it’s not that Rousseau will be a bust that teams should ignore in the first couple rounds. It’s noticeable on film that he has the body frame, raw skills, and motor to succeed at the next level. But while his impressive sack totals can grab everyone’s attention, there is evidence that his freshman season may not project quite the same way to the NFL.

This was technically his first year as a starter, but he was a major contributor in all three seasons in Durham and finished with 17.5 career sacks. Rumph was mainly a left defensive end this past season, though he spent a lot of time as a hybrid linebacker off the line of scrimmage.

Rumph likely lacks the size and strength in the run game to be a three-down player. Though his 10.4% disruption rate was above average, it doesn’t stack up with the premier edge guys in this class. This size obviously leads to risk in the passing game too, as it’s possible he’ll get swallowed up by NFL tackles that are more equipped to handle his rush game.

But if a team is in need of a situational pass rusher and wants to fill that role later in the draft, Rumph is potentially a great option. He was an elite pass rusher in college, ranking as the most productive edge rusher in the ACC in 2019 and fourth best in 2020. His 25% pressure rate when rushing specifically off the edge could bring a team some great value, especially considering the importance of getting to the quarterback in today’s game.