Sleeping Giants: Will Golladay’s Arrival, Barkley’s Return Be Enough to Wake the Offense? | The Analyst 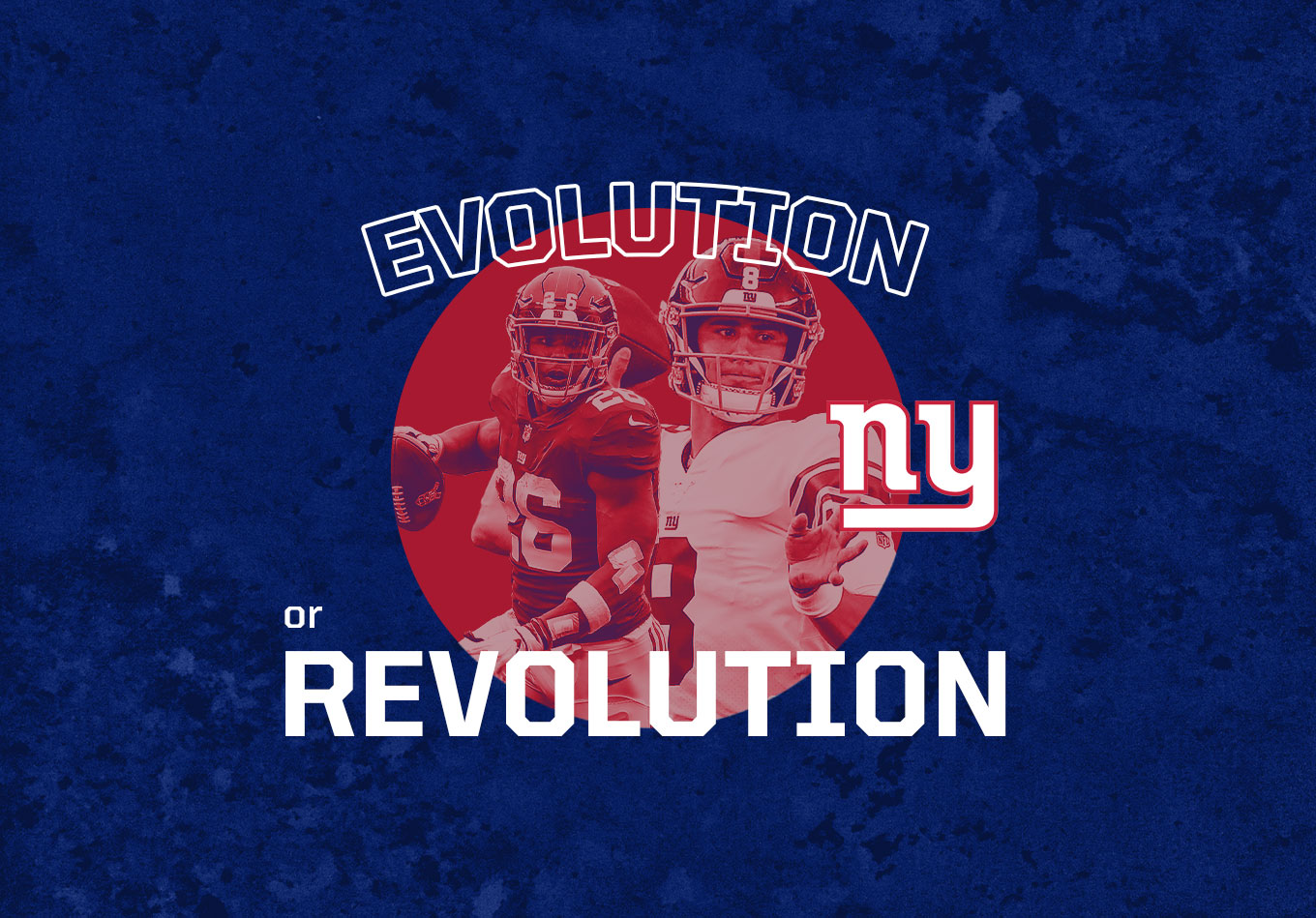 Sleeping Giants: Will Golladay’s Arrival, Barkley’s Return Be Enough to Wake the Offense?

It was another disappointing season for the New York Giants in 2020, despite the arrival of new head coach Joe Judge.

The Giants endured a fourth consecutive losing campaign and it’s hard to believe they have not tasted victory in a playoff game since winning the Super Bowl to conclude the 2011 season.

However, after going 1-7 in the first half of the year, the Giants showed some signs of turning things around while going 5-3 down the stretch to finish 6-10.

That decent finish, which was helped by a competitive defense, coupled with some high-profile moves in free agency, has at least given Giants fans some reasons for optimism going into 2021.

The offense was a key weakness for New York in 2020, with Judge and new offensive coordinator Jason Garrett struggling to find a solution.

But while it is fair to suggest Daniel Jones does not look like an elite quarterback, it is hard to place much of the blame on his shoulders.

The Giants’ offensive line was among the worst in the NFL once more as fourth overall pick Andrew Thomas endured a rough rookie season after veteran Nate Solder opted out amid the coronavirus pandemic.

While they had a varied group of skillsets at wider receiver, the unit lacked a true No. 1 option.

A succession of injuries also meant the Giants rarely had all their key pass-catchers on the field at the same time. To make matters worse, star running back Saquon Barkley was lost for the season with a torn ACL in Week 2.

Jones finished with 11 touchdowns, 10 interceptions and an 80.4 passer rating over 14 games for the league’s 29th-ranked passing offense (189.1 passing yards per game). But he played better than those numbers suggest.

The lack of a true supporting cast was highlighted by the fact that Darius Slayton led the receiving corps with just 751 yards, while Jones himself was the team’s second-leading rusher with 423 yards on the ground.

The Giants had just 36 passing plays of 20-plus yards – the second-lowest in the NFL.

Jones seemed to thrive when they did open the offense up, providing hope for when he has better receivers and some more aggressive play-calling. In passing attempts with 21-plus air yards, Jones had a passer rating of 135.4 – best in the NFL – completing 19 of 38 for five touchdowns and zero interceptions.

Despite his success in that category, there were 21 other QBs who threw more deep passes. Tom Brady topped the list with 86 attempts. That should give Garrett some food for thought.

With the offensive line struggling and Barkley sidelined, the Giants had 46 runs of 10-plus yards and averaged 110.5 rushing yards per game – both below the NFL average.

Barkley will be back, but it certainly doesn’t help that Kevin Zeitler – the No. 12 offensive lineman in our 2021 projected OL rankings – was released before signing with the Baltimore Ravens.

The Giants’ defense proved to be a surprising positive last season.

Despite going into the year with concerns over a lack of star power and talent, defensive coordinator Patrick Graham put together a competitive unit.

Cornerback James Bradberry was a Pro Bowl selection after signing in free agency, while Leonard Williams enjoyed a strong season on the defensive line.

The Giants were 12th in yards allowed per game (349.3) while 5.34 yards allowed per play was ninth in the NFL. They also gave up just 52 big plays of 20-plus yards (sixth fewest in the NFL) and just six of those went for touchdowns (tied for third).

Williams, who played on the franchise tag, led the way up front with 11.5 sacks, 30 quarterback hits and 14 tackles for loss.

However, the team suffered a big loss when Dalvin Tomlinson signed with the Minnesota Vikings in free agency. Tomlinson led all nose tackles with an 18.8 pressure rate (NFL average: 9.6) last season.

All of that meant the Giants went into the offseason with a focus on both improving offensively and building on last year’s defensive performance.

That defense got even stronger with the addition of former first-round pick Adoree’ Jackson after he was released from the Tennessee Titans. Jackson gives the team what looks to be a strong cornerback pairing with Bradberry.

With Jabrill Peppers and last year’s highly rated second-round selection Xavier McKinney at safety, the secondary looks strong. Linebacker is a weakness, though the Giants are still looking good up front after Williams was retained on a three-year, $63 million deal.

While that looks like a huge overpay, it does at least ensure the defensive line is well placed despite the departure of Tomlinson. Dexter Lawrence, a first-round pick in 2019, also remains up front but an elite edge rusher would complement those big bodies well and could be an area of focus in the draft.

Offensively, the team made a big splash by signing Kenny Golladay to a four-year, $72 million contract. It also took a flier on speedster John Ross after the release of Golden Tate, while veteran Kyle Rudolph joined Evan Engram in the tight end room.

The offensive line remains a concern, particularly with Zeitler gone. But Solder is back on a restructured deal and there will be hopes of an improved sophomore year from Thomas.

With the No. 11 pick in the draft, and many of the other teams near the top of the order eyeing a QB, the Giants are in a good position to land a key contributor at a position of need.

If the Giants go receiver and bring in either Ja’Marr Chase, DeVonta Smith or Jaylen Waddle to pair with Golladay and Sterling Shephard, Jones will surely greet the move with delight.

Gregory Rousseau is among the options should the Giants look to fill their need at edge, while tackle Rashawn Slater could prove tempting if the Giants try to swing again for an offensive lineman.

Regardless of the route they go down, Jones’ supporting cast has already been significantly improved. And it is fair to say he has not had a great situation either during his college career at Duke or in his first two years in the NFL.

But going into his third season, Jones now has a platform to succeed and must show enough this year to prove he can be the man who is capable of leading the Giants back on top.

If he cannot, Jones and general manager Dave Gettleman will be facing an uncertain future.