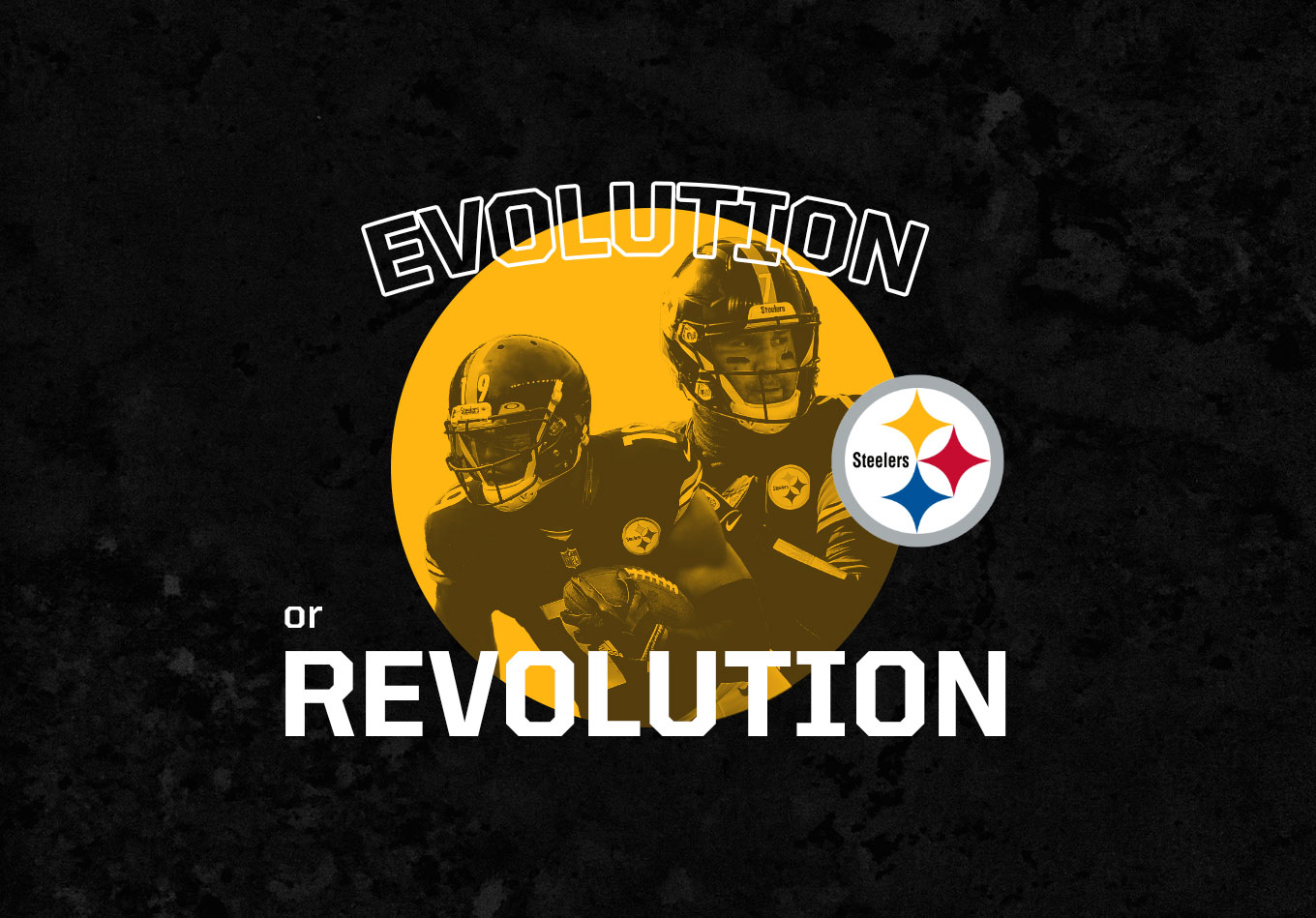 Are the Steelers Building a Winner in Their Last Run With Big Ben?

The times they are a-changin’ in the AFC North, and the Pittsburgh Steelers will have to spend one more season led by a veteran quarterback who may be ill-equipped to help them stem the tide.

Pittsburgh made no secret of a desire to move on from Ben Roethlisberger this offseason, but the best the Steelers could do was to restructure his contract. Now, his new deal will void after 2021, making him a free agent and likely spelling the end of his illustrious career.

But that means they will have to go into the new season with a 39-year-old signal-caller coming off one of the most inefficient seasons of his time in the league. The Steelers started 11-0 last season only to fade badly down the stretch and suffer a humiliating playoff loss to the Cleveland Browns.

Cleveland and the Baltimore Ravens look well-placed to contend again, and the Steelers are in a position where the team around Roethlisberger must elevate him to levels that now appear beyond the two-time Super Bowl winner to ensure they can compete.

How should Pittsburgh go about achieving that goal? We attempt to find the answers by taking a closer look at the Steelers’ 2020 campaign and offseason moves so far.

Whenever he decides to bring his career to an end, Roethlisberger is almost certain to be a Hall of Famer.

However, in 2020 he was at the helm of one of the least dynamic offenses in football. Pittsburgh’s struggles were illustrated by its lowly 5.1 yards per play that ranked just 26th in the NFL. The lack of a consistent downfield element to the passing game was a significant contributor to the Steelers’ problems on offense.

Roethlisberger ended up with 6.3 yards per passing attempt – the lowest mark of his career across seasons in which he has played double-digit games – but it was also just 5.7 in his two appearances in 2019. He tied for 17th in the NFL with 43 pass plays that went for 20 yards or more, though yards after catch was clearly a massive contributor to those plays. Pittsburgh ranked eighth with 50.4% of the Steelers’ gross passing yardage made up by yards after the catch.

Roethlisberger also ranked 14th in the league with a 79.3 well-thrown percentage and 15th with a 3.6 pickable pass percentage. Those numbers actually seem worse when considering that his 7.2 air yards per pass were the 11th fewest in the NFL – so his throws were ‘easier.’

On passes of at least 21 air yards? His passer rating of 81.0 on those throws was 18th among quarterbacks with 25 such attempts and he completed only 30.2% of those attempts (22nd of 28 QBs with a minimum of 25 attempts).

There were still bright spots in the passing game even in a down year. Wide receiver Chase Claypool led all rookies with nine receiving touchdowns. Five of those were at least 20-yard scores, with only Tyreek Hill (nine) and Nelson Agholor (six) recording more touchdown receptions of that distance.

Beyond Roethlisberger’s issues pushing the ball downfield, the running game was a source of major frustration as James Conner and the Steelers ranked last with 3.6 yards per carry. Their 32 runs of 10 yards or more were also the fewest in the league and only three teams had fewer rushing touchdowns than their 12.

If the Steelers want to maximize Roethlisberger’s hopes of a bounce-back year, they must give him more support from the ground game.

The Steelers succeeded despite the travails of their offense in large part because their defense was again one of the best in the league.

Pittsburgh finished the year with the third-best mark in terms of yards per play allowed (4.9). The Steelers were second in opponent scoring efficiency behind the Los Angeles Rams, conceding 55 scores (touchdowns or field goals) from 188 opponent drives.

Their stingy performance on defense was fuelled by a ferocious pass rush, which led the league in sacks (56) and knockdowns (129) while finishing fourth in hurries (180).

T.J. Watt was the leader of that potent front seven, missing out on Defensive Player of the Year despite leading the league with 15.0 sacks. The 2017 first-round pick lost out to Aaron Donald, who had the edge in terms of combined knockdowns and hurries, posting 94.5 to Watt’s 83.

Watt also led the NFL with pressure rate of 25.8, which was far ahead of the 15.9 league average for edge rushers. The efforts of Watt and Bud Dupree, who had 8.0 sacks before tearing his ACL in Week 12, helped the Steelers finish second with 27 takeaways.

Five of those takeaways were produced by Minkah Fitzpatrick (four interceptions and one fumble recovery) in another stellar campaign for the All-Pro safety.

While this was a second successive year in which the Steelers were a top-five defense in yards per play, performing to that standard for a third straight year will be a substantial challenge unless they can find a replacement for the Dupree, who signed with the Tennessee Titans.

The Steelers certainly explored the possibility of a revolution by starting a new era with a new quarterback, but in the end, they just couldn’t make it happen. That plan is now likely to be executed next offseason.

While there are elite talents at running back that should be within the Steelers’ reach in the first round of the 2021 draft, the priorities should be two positions at which they now have holes.

The Steelers may hope Alex Highsmith can step up and fill the void left by Dupree. Five of his six quarterback hits as a rookie came after he took over the starting role. Pittsburgh, however, will have much better odds of effectively replacing Dupree by adding a draft prospect to the mix.

Of more pressing concern is likely to be the left tackle position on the offensive line. The Steelers did not make an effort to bring back veteran Alejandro Villanueva, a move likely motivated by the depth at tackle in this year’s NFL draft.

If the Steelers can land a rookie tackle who can step in and can maintain solid protection for Roethlisberger while improving the line’s ability to open holes for the backs, he will do more for an offense that badly stuttered down the stretch than any of the top runners in the draft.

Assuming they succeed in doing so, Roethlisberger will have an excellent support system around him once more, with Juju Smith-Schuster surprisingly returning to keep an excellent receiving corps intact.

Yet, after a dismal end to 2020, Roethlisberger’s ability to make the most of that support system is firmly in doubt. As such, it would be no surprise to see the Steelers spend a Day-2 pick on a rookie passer who can provide better competition for a quarterback who is certainly not their long-term future and may not even be a short-term solution.