Have the Browns Moved Closer to Super Bowl Contention After a Breakthrough 2020? | The Analyst 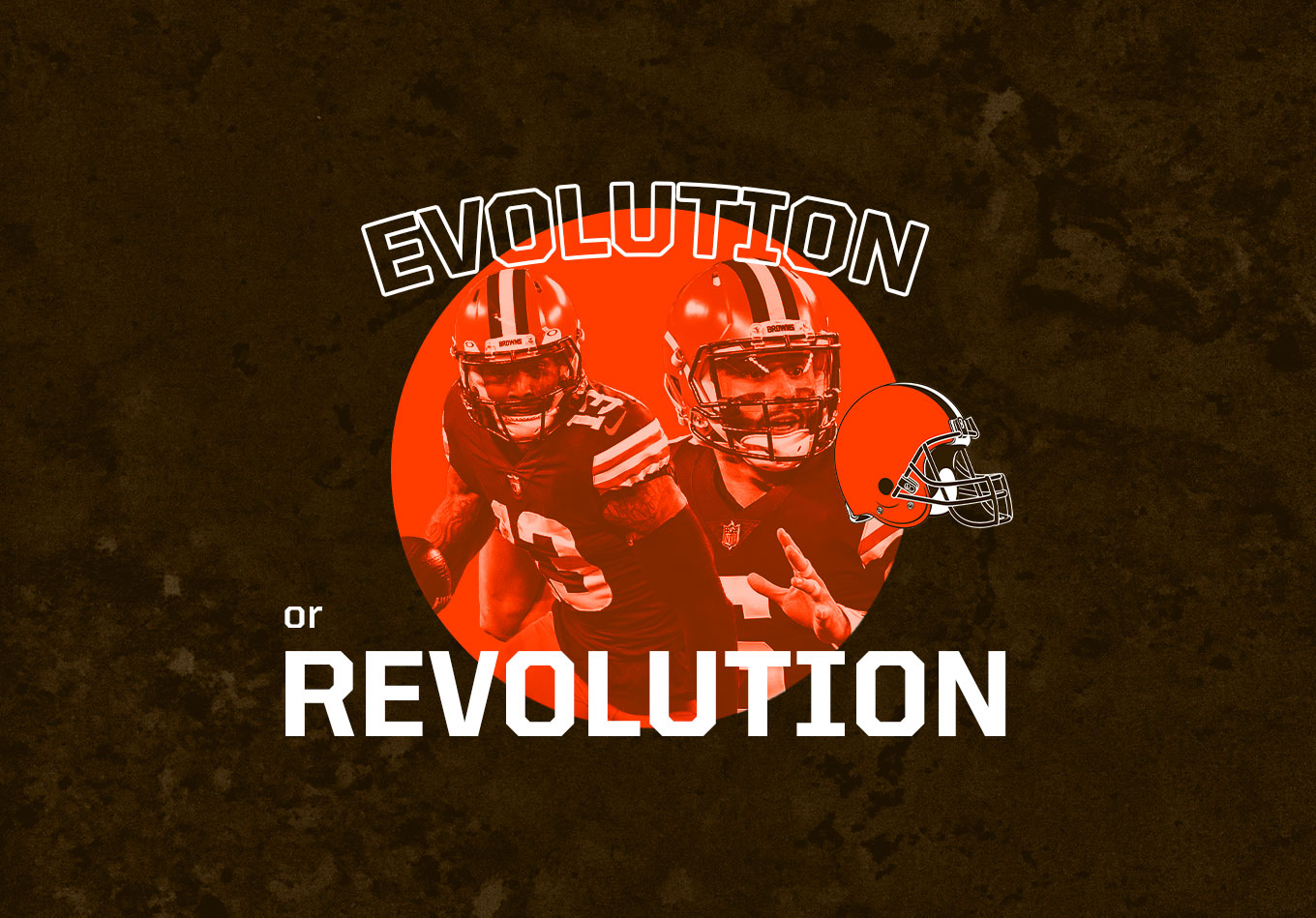 Have the Browns Moved Closer to Super Bowl Contention After a Breakthrough 2020?

Ideally, they would have liked more of one of the NFL’s most tortured fanbases in the stadium to see it, but the Cleveland Browns will forever reflect on 2020 as the year the drought finally ended.

Kevin Stefanski’s first season as head coach resulted in a first playoff berth since the 2002 campaign, with long-awaited revenge for a wild-card defeat to the Pittsburgh Steelers 18 years earlier coming as the Browns trounced Pittsburgh in their own back yard to clinch their first postseason win since Bill Belichick was head coach.

Little went right for the Browns following their trip to the divisional round in the 1994 season. Belichick endured a losing season in his final year in charge before the team spent three years out of the league following a controversial relocation to Baltimore.

But every sign points to the Browns writing more positive chapters in the history books in the coming years after Stefanski helped a deep roster realize its potential.

What do the Browns need to do to take the next step towards Super Bowl contention? We reflect on a memorable 2020 campaign, analyze their offseason moves so far and look at what should still be on their to-do list heading towards the draft.

Any doubts around Stefanski’s ability to get consistent production out of the Browns’ offense were put to bed in his first season at the helm.

The Browns narrowly missed out on finishing top 10 in yards per play (11th, 5.79) in 2020. Unsurprisingly for a coach experienced in running the Shanahan-Kubiak type offense that is en vogue in the NFL, the Browns’ success was built around an extremely efficient run game.

Cleveland’s 4.8 yards per rush was fifth in the league, with the Browns’ offensive line doing an excellent job in opening holes for two elite running back talents in Nick Chubb and Kareem Hunt. Joel Bitonio headlines the offensive front, sitting third in our 2021 projected offensive lineman rankings at 10.5% better than the NFL average. The rankings are based on combined run block and pass protection data over the past three seasons.

Chubb (34) and Hunt (29) each finished in the top 10 in rushes of 10 yards or more and excelled at picking up yards after first contact by a defender. Indeed, Chubb’s average of 2.5 yards after contact per attempt was tied for second among running backs with at least 50 carries, just behind J.K. Dobbins (2.6) of the Baltimore Ravens.

Hunt (2.2) was 10th in the same category, and they each ranked in the top three in broken tackles14. Chubb had 14 to tie for first with Dalvin Cook, just ahead of Hunt’s 13.

The passing game ranked in the top half of the league in yards per play (11th, 6.72), with starting quarterback Baker Mayfield making obvious progress in protecting the football.

Having thrown 21 interceptions in 2019, Mayfield was picked off only eight times in 2020. And his touchdown to interception ratio of 3.25 good enough for ninth in the NFL.

Yet the upside of Cleveland’s passing game still appeared limited. Mayfield was tied for 17th with 43 completions of 20 yards or more.

However, with the Browns’ signal-caller ranking sixth in the NFL in passer rating (118.4) on throws of 21 air yards or more among quarterbacks with at least 25 such attempts, there is reason to believe that Cleveland’s offense could offer a significantly greater downfield threat in 2021.

A shift toward a more aggressive approach may only come if the offense gets better support from the defense.

A defense blessed with one of the premier pass rushers in the NFL should be better at stopping opposing aerial attacks.

Despite the best efforts of Myles Garrett, a first-team All-Pro for the first time in his career, quarterbacks had it too easy against the Browns in 2020.

Garrett racked up 12 sacks – the sixth most in the NFL – to go along with 18 quarterback hits and four forced fumbles. He was fifth in combined knockdowns and hurries with a total of 70.

But the Browns failed to properly capitalize on the pressure he created over the course of the season.

Injuries in the secondary did not help the Browns’ cause: Rookie safety Grant Delpit did not play a snap in his rookie year and a nerve injury in his shoulder robbed Greedy Williams of his 2020 campaign.

That meant a stellar season from former No. 4 overall pick Denzel Ward was somewhat undermined by the lack of talent around him in the secondary. Ward tied second in the NFL with 18 pass breakups.

Where the Browns did excel was in preventing big plays from opposing rushing attacks. They were tied seventh for the fewest opponent running plays of 10 yards or more (43). And the average distance of those carries (14.8) was the fourth lowest in the league.

Even with their efforts in keeping running backs in check, the Browns were a lowly 26th in opponent touchdown efficiency, allowing teams to find the endzone on 48 of 165 (29.1%) drives.

The Browns will not legitimately threaten the AFC’s elite without an improvement in pass defense, and their offseason to this point suggests they recognize that.

Cleveland made one of the best signings of free agency when they inked safety John Johnson to a three-year deal worth $33.75 million.

The price may have been slightly rich in a safety market that was predictably slow, but Johnson certainly justified it over the course of his four years with the Rams.

Johnson had 32 pass breakups between 2017-20 – tied for the eighth most among safeties – and that total would almost certainly have been higher had he not missed 10 games through injury in 2019.

Joining Johnson in Cleveland is former Rams teammate Troy Hill. The cornerback arrives on a two-year deal, while the Browns also took a flier on edge rusher Takkarist McKinley on a one-year contract.

The secondary and the pass rush could still use reinforcement, especially with interior defensive lineman Larry Ogunjobi leaving for the Cincinnati Bengals, but it is the middle of the defense that stands out as the most pressing area of concern for the Browns.

Signing Anthony Walker Jr. to a one-year deal and retaining Malcolm Smith and Elijah Lee should not prohibit the Browns from targeting a linebacker in the draft, with a lack of athleticism at that position coming to the fore as Chiefs backup Chad Henne’s fourth-quarter scramble effectively sealed their playoff elimination.

Athletic linebackers who can excel in coverage and play sideline to sideline against the run are a must in the modern NFL. The Browns have a deficiency there, but beyond that position, they have few obvious holes and their performance in Kansas City was reflective of a team ready to become a consistent contender in the AFC.

Years of struggle and stockpiling draft picks are finally beginning to bear fruit and, if the Browns can add the final piece of the puzzle on defense and give Mayfield more license to go downfield in 2021, there is no reason they cannot threaten to go deeper into the playoffs next season.