The Gold Standard: Inside the Underrated Defensive Greatness of Kevin Durant | The Analyst 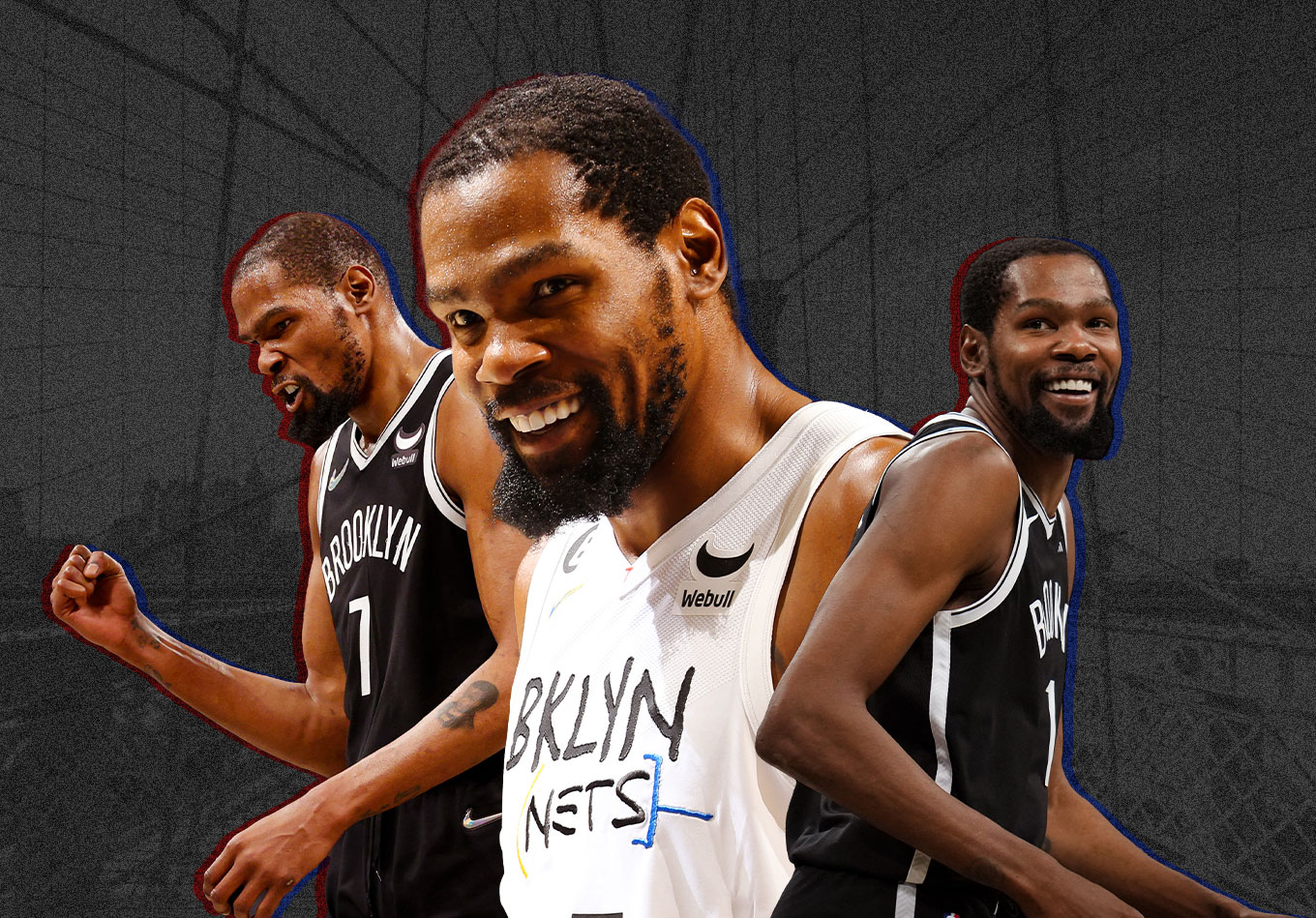 The Gold Standard: Inside the Underrated Defensive Greatness of Kevin Durant

About nine months ago, I broke down Kevin Durant’s malleability as a superstar through the lens of his increased playmaking load to invigorate the Brooklyn Nets’ offense.

That malleability is again at the forefront of another All-NBA-caliber campaign for Durant.

He and Brooklyn are thriving. At 25-13, the Nets are tied for second in the East and only a game behind the Boston Celtics. Despite seeing their 12-game winning streak screech to a halt in Wednesday’s 121-112 loss to the Chicago Bulls, they’re 23-8 since Jacque Vaughn replaced Steve Nash as head coach.

Over that span, the Nets are first in net rating (plus-8.3), third in offensive rating (115.5) and third in defensive rating (107.2). Nobody else ranks top five in all three categories. As arguably the MVP favorite, Durant stands at the core of all this.

He’s also risen to second in DRIP, which projects a player’s contribution to a team’s plus-minus per 100 possessions.

While his offense is seemingly as good as it’s ever been, Durant’s defense is really what pops off the screen whenever I watch him these days. Maybe that’s a testament to his resolute offensive greatness throughout the past 15 years. I’ve accepted his absurdities as commonplace. Seven-footers (or near it) aren’t usually capable of what he does. Nobody, independent of size, should make contested shot-making look easy as he does.

Nonetheless, the former Texas Longhorn is teaming with Nicolas Claxton and Ben Simmons to form a menacing defensive frontcourt. Despite opening the year 26th in points allowed per game amid their 2-6 start, the Nets are up to seventh overall. Durant’s multifaceted contributions are a catalyst of this, especially as an interior helper.

According to NBA.com, opponents are shooting 8.7% worse within 6 feet when he’s the primary defender – the second-best mark among Brooklyn’s rotation players (Claxton, 12.4%). His 3.6% block rate is the third highest of his career. Often operating as the low man inside, he’s served as a brilliant and punctual help-side rim protector this season.

It’s easy to associate his fluidity and 7-foot-5 wingspan with his offensive prowess, but they’re significant boons to his defense as well and on full display when he patrols the paint.

Durant hasn’t solely functioned as a roaming 4 blotting out breakdowns. In Brooklyn’s switch-heavy defense, he’s had to wrangle with centers as well. Other times, he’s manning the middle as a small-ball 5, particularly in the instances Simmons has been sidelined.

Across 244 possessions with Durant on the floor and all of Claxton, Simmons, Markieff Morris and Day’Ron Sharpe resting during this 12-1 run, the Nets tout a plus-8.6 net rating and 110.9 defensive rating. He’s fared well in drop coverage against ball screens and wielded his swift, spindly limbs to bother low-block/face-up bigs.

Durant’s penchant for sizing up defensively also helps explain why the Nets are succeeding with Simmons as their reserve center when Claxton heads to the bench.

Simmons’ defensive exploits are much more geared toward the perimeter. He’s not a particularly adept interior stopper, so Durant often assumes that role without Claxton, even if Simmons is likely considered the nominal 5 in those units. During the 272 possessions Durant and Simmons have shared sans Claxton since Dec. 7, Brooklyn is enjoying a ridiculous plus-25.7 net rating and 103.5 defensive rating.

Similarly, the Nets don’t mind letting Claxton switch, both because he’s an excellent perimeter mover and because Durant can emulate some of his paint enforcement. The goal is to prevent dribble penetration altogether, but they aren’t doomed if that occurs.

A subtle, yet important, aspect of effective defense is high hands to deter shots. Closeouts that lack a high hand and invite open 3s are lost chances. On-ball defense where the hands are waist- or chest-high, leading to a rhythm bucket, are maddening. Durant has little issue here.

That 7-foot-5 wingspan is constantly on display when he’s battling against ball handlers. The majority of dudes at his size, with his length, do not sport the mobility to exist on the perimeter like him. Deterring any angle toward a routine shot, he’s a genuine irritant out there. Dudes are flustered when he enters their orbit.

The downside of such animated hands is being exploited into fouls. Averaging just 2.4 fouls per 36 minutes, Durant avoids those perils. His body control and discipline are scrupulous. As a generational bucket-getter himself, he recognizes the opportunity scorers see in moments like these. But he doesn’t succumb.

His insider knowledge, borne through years of historic scoring production, aids him.

Aside from a flexible defensive nucleus and an offensive engine, the most paramount archetype for team-building nowadays might be the sweeper 4 who has offensive equity. Virtually every high-level team has one and those without it would greatly benefit. Think of guys like Giannis Antetokounmpo, Jaren Jackson Jr., Robert Williams III, Evan Mobley and Draymond Green.

Others such as John Collins and Jaden McDaniels are out there, too. Budding players in Patrick Williams, Aleksej Pokusevski and Kenyon Martin Jr. show flashes and could meet the criteria down the road. It’s a valuable set of skills not limited to a singular class (or two) of players.

Given how friendly an offensive environment the league is, multiple rim protectors almost feel like a prerequisite to maintaining a fearsome defense deep into the playoffs. Offenses are too smart and potent. They can devise ways to neutralize one defensive anchor; a plan B must be available.

Finding multiple players who won’t sink the offense is complex, so that’s why the offensive aspect here is crucial. Plus, they need to be of an overall caliber that can handle big-time minutes. That checklist rules out a lot of candidates, which makes it such a practical and rare presence.

Five of the league’s seven best teams this season (record-wise) roster one, along with the last eight champions (could be more, too, I’m just not positive). That doesn’t even include Michael Porter Jr. of the Western Conference co-leading Denver Nuggets this season. In conjunction with his finishing and virtuoso off-ball shooting, he’s showcased secondary rim protection. The key for him is reliability and crispness on those backside rotations.

Durant is currently the gold standard of this archetype. He also happens to be dropping 30 points on 68% true shooting and flustering star scorers on the other end. Now in Year 15, he’s a masterful force of a star wing who might be peaking defensively, all while driving the title hopes for a legitimate contender.

He’s quite the player, one who’s certainly confined to a singular tier at the top.