Did the Timberwolves Win the Other Bet They Made This Offseason? | The Analyst 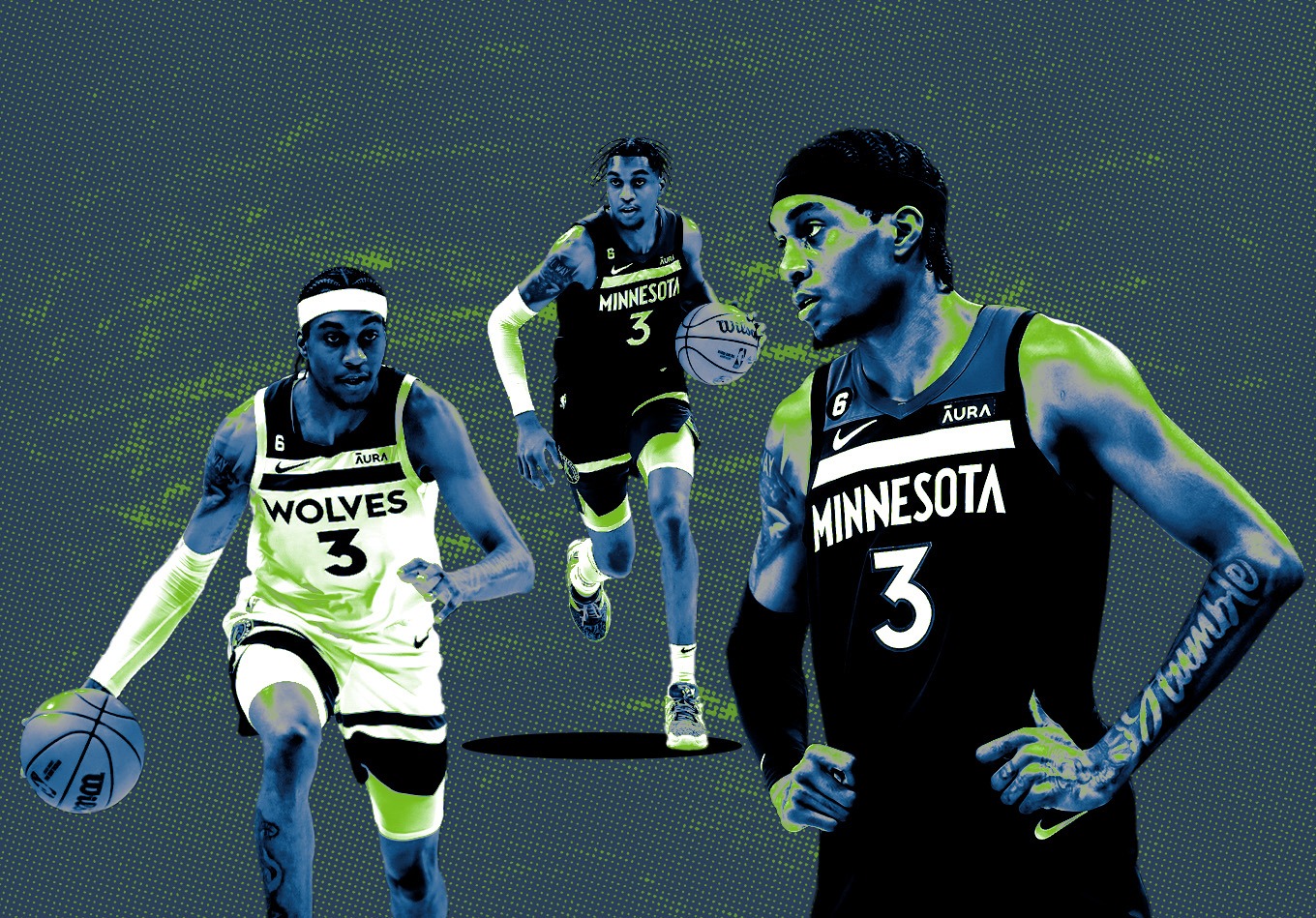 A common misconception made about the Minnesota Timberwolves’ offseason deal to acquire former NBA Defensive Player of the Year Rudy Gobert was that it was strictly a bet on the merit of the core of Anthony Edwards, D’Angelo Russell and Karl-Anthony Towns.

And while this theory made up a lion’s share of the logic behind their wager, it also signaled the team’s belief that Jaden McDaniels was a more promising prospect than defensive ace Jarred Vanderbilt.

Now, nearly six months later, with the Gobert fit appearing suboptimal up to this point, the question now becomes: Did Minnesota at least hit on the other bet it took in that trade?

To start, it is important to note that while both forwards are splendid defenders, they are different types of defenders. Last year, Vanderbilt excelled as the roaming free safety in the Timberwolves’ aggressive scheme, where he was entrusted to clean up messes on the backline and wreak havoc in the passing lane.

This year, McDaniels has been tasked with captaining the point of attack, often starting out the game shadowing the opposing team’s most prolific perimeter player. This enables McDaniels to leverage his most tantalizing physical feature – his length. Armed with a nearly 7-foot wingspan, McDaniels’ man defense has a suffocating quality.

When he extends out fully, he swallows ball handlers, making it appear to them that there is nowhere to run. And even if he somehow gets tangled up in a screen, his length allows him to recover quickly and reattach himself to his initial target to offer a smothering contest.

Unfortunately, there is a limitation to standard point-of-attack defense in terms of impact. In the golden age of shooting, even the best man defenders regularly have shots buried in their faces.

To remedy this, the best perimeter defenders are able to create defensive events (like steals and blocks) to avoid having a shot attempt go up altogether. By creating a turnover, you eliminate the variable of chance entirely.

As for McDaniels, while his Basketball Reference page doesn’t list a middle name, from watching him, one can assume it is something along the lines of “turnover-creating machine” (I know, what was his mother thinking?).

Thanks again to his extraordinary length, McDaniels is a frequent flyer to places like the land of pickpockets or the island of swatting jumpers. Offensive players who don’t experience one of these two phenomena when mixing it up with him should consider themselves very fortunate because those kinds of unscathed transactions are a rarity.

Unfortunately, again, there is a limitation to on-ball defensive playmaking (it is so hard being a defender these days, man). Due to the ease of executing it, many defenses switch ball screens that feature like-sized players (like this).

So McDaniels’ on-ball prowess can be mitigated by sending the right person over to screen him, effectively neutralizing his impact, correct?

Wrong! By switching McDaniels off of the primary action, he switches costumes to the off-ball defender role Vanderbilt had last year. And just like his predecessor, he dawns the mantle well.

The beautiful thing about having an elongated frame is that it doesn’t just go away when you’ve moved off the ball. Instead, it shapeshifts into a weapon that evaporates passing windows and driving lanes and omits the shot attempts of unsuspecting adversaries.

Overall, McDaniels’ steal and block rates match or far exceed the likes of Mikal Bridges – a reigning All-Defensive First Team selection who plays a similar role in the defensive infrastructure of the Phoenix Suns.

However, as you see on the chart above, McDaniels’ superior forced-turnover rates do come with a tradeoff. Despite blocking shots at a significantly higher rate than Bridges, McDaniels also nearly doubles his number of fouls in the same number of possessions.

This is problematic because fouls lead to free throws, which are by far and away the most efficient shot in the game. It’s worth noting that Vanderbilt has similar foul rates, so it doesn’t hurt McDaniels too much in a comparison between the two, but it does hamper his overall defensive value.

Turning over to the other primary facet of the game, his offensive responsibilities are best summarized in two words: low-volume play-finisher.

For some clarification, a play-finisher is someone who can capitalize off of the advantages created by their teammates. In McDaniels’ case, he’s shooting 38.9% from 3, making him a formidable candidate for kick outs when the defense collapses in on his comrades’ drives (like this).

And while he’s not yet the passer Vanderbilt is, he is a more efficient cutter (88th percentile compared to Vanderbilt’s 39th), using the same touch he displays on his 3-pointers to finish around the rim.

However, we call him a low-volume play-finisher because his bag of finishing tricks isn’t as deep as, say, someone like Lauri Markkanen (now coincidentally Vanderbilt’s teammate) and therefore, he can’t handle the same type of scoring load. He averages only 8.7 field goal attempts per game compared to Markkanen’s 16.0 attempts.

When he has the ball, Minnesota has given him more chances to experiment (he’s averaging over four more drives than Vanderbilt did last season). But he’s been proven to be limited in these escapades due to his loose handle.

When you’re as gangly as he is, it makes it harder to maintain a tight dribble in traffic, especially when you have to deal with help defenders constantly poking at the ball. It’s the same problem Kevin Durant has had to reconcile with his entire career, and it puts a cap on McDaniels’ on-ball offensive ceiling.

But still, the fact he is able to be an efficient assisted scorer makes him immensely valuable to a team like Minnesota that already has multiple on-ball options on offense. Factor that in with the improved spacing he provides with his shooting, and one could argue he is a better offensive fit for this group than Vanderbilt.

Overall, our DELTA metric (which calculates a player’s change in DRIP from the beginning of the season until now) perfectly encapsulates McDaniels’ growth. Among players with at least 700 minutes played, McDaniels ranks third in the entire league in DELTA, indicating that he’s taken a significant leap this season (and is a dark horse MIP candidate). In fact, McDaniels’ DRIP (1.0) is now higher than Vanderbilt’s this year (-0.1).

Now, this isn’t to say that McDaniels is now, without a doubt, a better player/prospect than Vanderbilt. What it does say, though, is that Minnesota shouldn’t feel bad about this gamble.

It says that betting on the toolsy third-year forward who is already an All-League caliber defender and offensive player that can slot alongside high-level creators was a worthwhile decision.