Salt Lake Surprise: Inside the Rise of Lauri Legend and the Early Success of the Utah Jazz | The Analyst 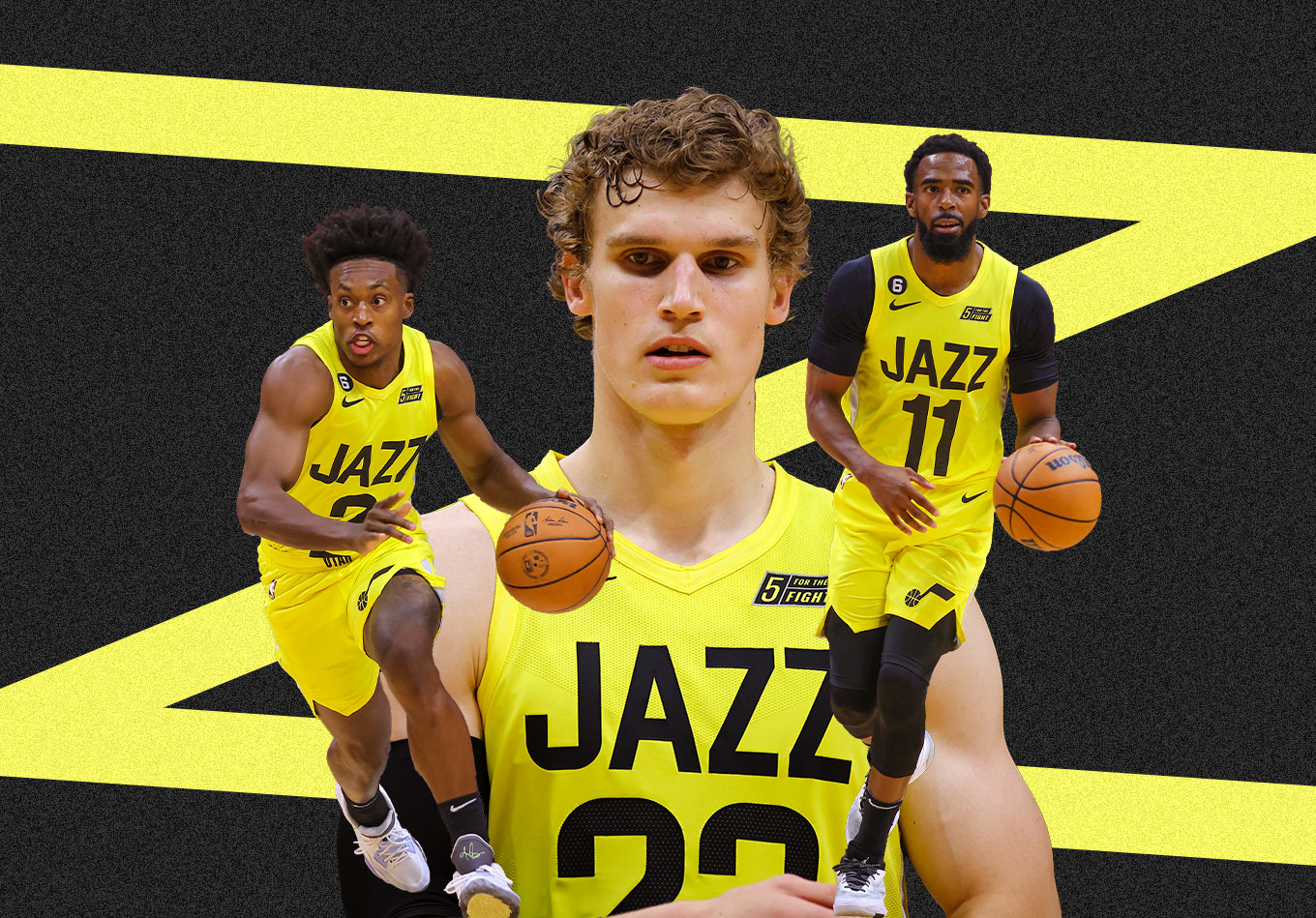 Salt Lake Surprise: Inside the Rise of Lauri Legend and the Early Success of the Utah Jazz

Coming into the season, most pundits predicted the Utah Jazz would occupy the cellar of the Western Conference standings.

And how could you blame them? After trading away All-Stars Rudy Gobert and Donovan Mitchell, along with scoring mercenary Bojan Bogdanović, the cupboards appeared as bare as ever.

Well, through four games, the Jazz have vanquished projected powerhouses in the Denver Nuggets, Minnesota Timberwolves and New Orleans Pelicans. And they nearly bested the Houston Rockets, too, despite the game being the second leg of a road back-to-back.

What’s going on here? Should the Jazz be counting their lucky stars, or are they just better than anyone could have imagined?

A player who has proved essential to Utah’s hot start is the forgotten headliner of the Donovan Mitchell return package: Lauri Markkanen.

Markkanen’s 7-foot stature and guard-like ball skills have enabled him to differentiate himself as the team’s most prolific scorer. In four games, he’s picking up where he left off in Eurobasket, averaging a team-high 21.5 points with a 54.5 true shooting percentage (which is slightly below league average but impressive for someone who has never been a No. 1 scoring option before).

He’s taken some steps as an independent scorer, sometimes operating as a ball handler in pick-and-roll or by attacking mismatches in the post. However, even with his growth in that area, he still does his best work when he’s playing off his teammates as a shooter, roller and cutter.

His role is best understood by looking at the number of dribbles he’s taking on his shots. Of the 71 field goals he’s taken this year, 58 of those attempts (81.7%) have come on two dribbles or less (per NBA.com) – a strong indicator of high-volume finishing.

The reason Markkanen has been able to prosper by punctuating so many possessions is that the Jazz have a bounty of table setters initiating these sequences.

Holdovers like Michael Conley and Jordan Clarkson, as well as new blood in Collin Sexton and Talen Horton-Tucker, are all penetrators for hire who have made a career off of knifing their way into the teeth of the defense. Conley (2.0), Sexton (1.9) and Clarkson (1.3) lead the club in offensive DRIP, which is our projection of a player’s contribution to a team’s plus-minus per 100 possessions on offense.

Their constant paint pressure forces the defense to collapse in on their drives, leaving them ample opportunity to spray the ball out to unattended shooters out on the perimeter.

This rinse-and-repeat process – drive the ball into the paint and kick it out to shooters on the perimeter, a la the dribble-drive offense – makes up the backbone of Utah’s offensive attack. As it stands, the team ranks second in the league in drives per game and catch-and-shoot 3-pointers made per game. And if history is any indication, this formula may be the optimal way to structure your offense.

According to Stephen Shea’s book, Basketball Analytics: Spatial Tracking, the two strongest statistical indicators of a team’s offensive efficiency are driving efficiency and corner 3-point efficiency (a shot that is largely derived from catch-and-shoot attempts).

Utah measures well in both these areas, ranking 12th in the NBA in field-goal percentage on drives (47.5%) and seventh in corner 3-point percentage (47.1%). Overall, the offense sits at 10th in offensive efficiency with a rating of 115.4 (3.1 points better than the league average).

Right Man for the Job

While he’s only four games into his head coaching tenure, Will Hardy has already demonstrated an understanding of one of the core tenets of coaching: KYP – Know Your Personnel.

Great coaches don’t force players to fit into their scheme. They tailor their approach around their players. Hardy understands this maxim, and he constructed his strategy accordingly.

On offense, most teams are moving away from crashing the offensive glass in an attempt to get back on defense and mitigate transition opportunities for their opponents. Hardy, on the other hand, has taken his tactics in the opposite direction.

​​If you weren’t aware, this roster houses the modern-day on-court equivalent of Dennis Rodman in Jarred Vanderbilt (last year, he had the highest offensive rebounding percentage of any non-center in the league). So, to placate towards the affinities of one of his most talented players, Hardy has given his troops the green light to cut on misses and jostle for second-chance opportunities.

Vanderbilt is thriving in this ecosystem, and the team as a whole is crushing opponents on the interior, ranking second in the association in offensive rebounding percentage.

We see the same self-awareness from Hardy on defense too. With Utah no longer being the primary domicile of paint guardian Rudy Gobert, Hardy knows the conservative ‘funnel everything to the 7-foot fly-swatter’ tactics of the old regime will no longer suffice.

Instead, he once again leans on the strengths of the team’s new defensive superstar.

Along with being a hellacious offensive rebounder, Vanderbilt has an affinity for defensive playmaking and leads the team with a 1.1. defensive DRIP. So, to nurture his superpower, Hardy empowers his team to blitz the gaps and gamble in the passing lanes in the hopes of obtaining steals and deflections.

This aggressive style has two benefits:

Is All This Sustainable?

Of the four teams Utah has played so far, none ranked in the top 12 in our adjusted defensive ratings. So we will need a larger sample to see how the offense holds up against stingier opponents. However, the early evidence suggests the Jazz will have trouble translating their success against tougher opponents.

In their matchup against the Pelicans, New Orleans lost Brandon Ingram and Zion Williamson to injury. To compensate, they doubled down on defense, benched Jonas Valanciunas for Larry Nance Jr., and went to a switch-heavy scheme.

Switch-heavy defenses (if executed properly) make advantage creation incredibly difficult on opponents. When the Pelicans unleashed this weapon on the Jazz, they evaporated the 17-point lead Utah had accumulated.

This trend is something to monitor as the season progresses, but the fact they are giving us something to keep tabs on is impressive nonetheless.

And at the very least, this group has proven so far that they’re a far more worthy opponent than anyone could have guessed.