Robin to the Joker's Batman: Is Aaron Gordon Denver’s Second All-Star? | The Analyst 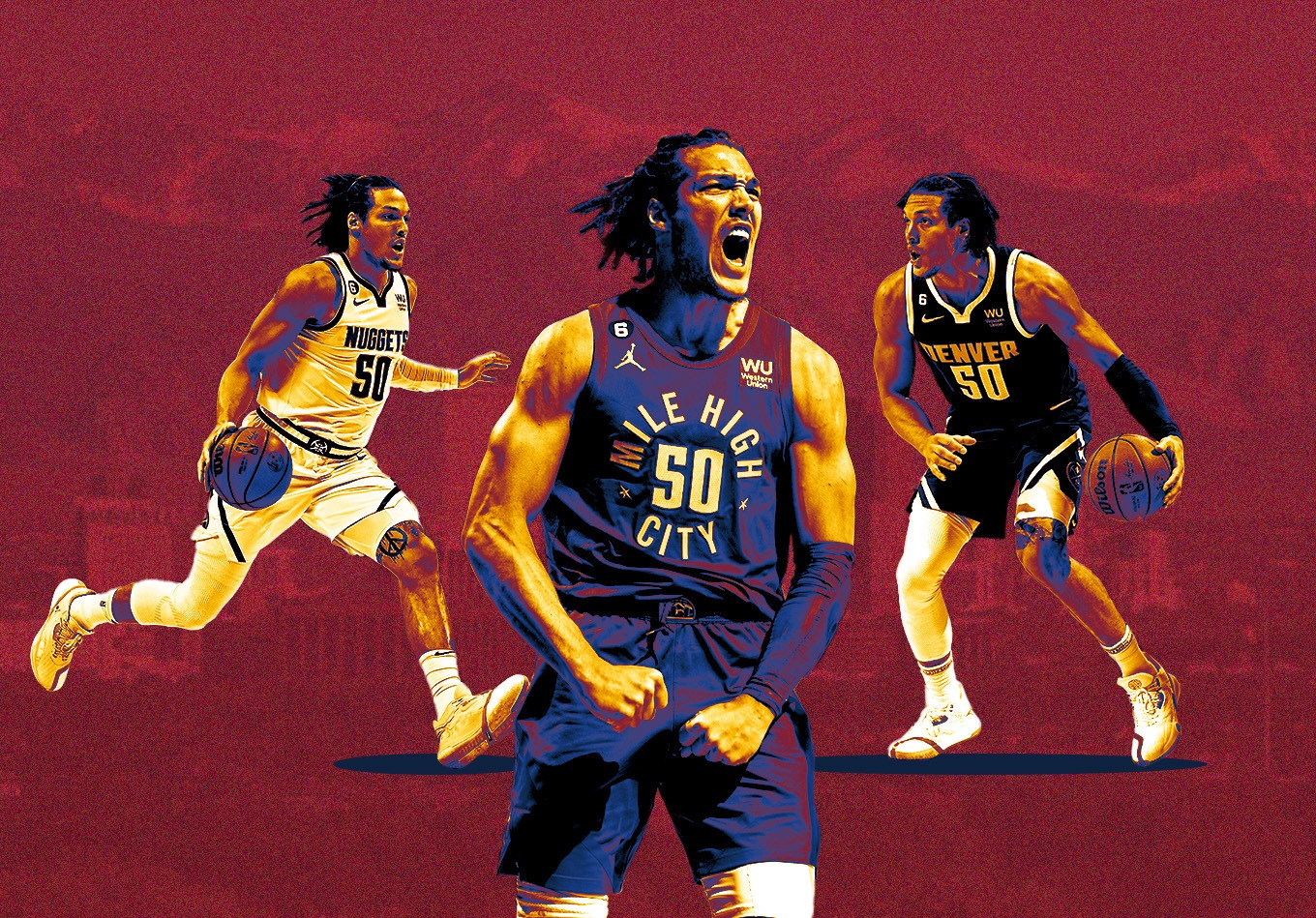 When you think about it, Aaron Gordon and Andrew Wiggins have a lot in common.

Both are athletic with impressive leaping abilities. Both were top-five picks in the 2014 NBA Draft. Both were billed as future two-way megastars.

Both failed to live up to their lofty expectations. Both were traded by the organization that drafted them. Both fit perfectly next to their new MVP teammate.

And both punctuated their redemption arc with their first All-Star appearance?

“People say I’m crazy, but he is, right now, the Robin on this team to (Nikola) Jokic,” Reggie Miller said on the TNT broadcast during the Denver Nuggets’ 122-91 victory over the Los Angeles Clippers.

And you know, he’s not wrong.

Normally, Jamal Murray and Michael Porter Jr. sit higher on the offensive totem pole than Gordon. However, the former has struggled to start the season as he’s still rehabilitating from the torn ACL he suffered in 2021. And the latter has been in and out of the lineup, missing 14 of the team’s 39 games.

Meanwhile, Gordon has been Jokic’s constant companion (even traveling across the country to see him play at Eurobasket), averaging 16.9 points per game (third on the team) on a career-high 64.4 true shooting percentage (77th percentile league-wide).

Many will credit the two-time reigning MVP for setting up Gordon with so many high-percentage opportunities, and while this is true to an extent, said criticism fails to recognize the role he plays in the partnership.

Like Deandre Ayton, Gordon is a master of all the subtle intricacies involved with being a top-tier finisher. He’s excellent at sealing his defender to ensure an easy entry pass (first clip). Like a talented slot receiver, he gets the inside angle on rim runs (second clip). And he changes position around the baseline to make it easier to find him on the short roll (third clip).

We alluded to it earlier, but when he was with the Orlando Magic, they tried to turn him into an on-ball creator. Much to their chagrin, these efforts were not fruitful. His highest usage season (24.7% in 2017-18) was also one of his lowest efficiency seasons (25th percentile in true shooting percentage).

With that said, their experimentation was not completely useless. Like with Wiggins, Gordon’s repetitions as a primary playmaker have made him a serviceable ball handler in contained spurts.

This allows the Nuggets to field a creative spin on the Jokic-Gordon pairing, having the Joker masquerade as Robin and Gordon temporarily dawn the cape and cowl.

Instead of just using the tandem in its signature inverted pick-and-roll sets, Denver can flip the script and use Gordon as the ball handler and Jokic as the roller. This adds further optionality to the Nuggets’ already dynamic offense (first in adjusted offensive rating).

And as a general rule of thumb: the more options you have, the harder it is for a defense to stop you.

Though the Nuggets’ defense may be well below league average (22nd in adjusted defensive rating), it isn’t because of Gordon.

Where Gordon serves as Joker’s partner in crime on offense, he’s more akin to his guardian angel on defense. Jokic is a misunderstood defender. He’s not a bad defender. In fact, he’s actually quite solid (80th percentile in defensive DRIP among players with at least 800 minutes played), especially when it comes to using his cat-quick reflexes and strong hands to acquire steals and deflections.

However, his defensive game is very grounded, averaging a block percentage (BLK%) of 1.6 (slightly below the rate of 6-foot-1 Jevon Carter).

Gordon’s ability to mask these deficiencies by leveraging his high-flying acrobatic prowess (worthy of a spot on the Flying Graysons) makes him a solid defensive fit next to Jokic too. Outside of the fly-swatting DeAndre Jordan, Gordon touts the highest BLK% of any rotational piece on the Nuggets (2.2).

We are harping so much on BLK% because it is a solid indicator of rim protection ability – the most important ingredient to a stout defense (something the Nuggets aspire to be).

Gordon flashed all of his rim protection powers on Friday against the Cleveland Cavaliers’ twin towers Evan Mobley and Jarrett Allen. According to NBA.com matchup data, the tandem shot a combined 1 for 8 on shots defended by Gordon, with most of these attempts being (normally) easy looks around the rim.

And while Wiggins is the superior perimeter defender, Gordon has proven he can be the head honcho at the point of attack whenever necessary.

Thanks to the offseason additions of Kentavious Caldwell-Pope and Bruce Brown, Denver no longer needs Gordon to defend on the exterior as much. But last season, when they didn’t have said players, Gordon’s primary matchup was typically the opponent’s best perimeter player.

By taking a quick gander at Gordon’s most common adversaries as a defender last season, you quickly notice a theme of him tending to defend more guards. Out of his top-10 matchups (based on field goal attempts defended), seven of them are at least somewhat described as a guard (with five of those seven also being All-Stars).

We gently remind you that had it not been for the league’s wonky fan voting, Wiggins likely would have not received an All-Star nomination last season. And it would likely take a similar confluence of events for Gordon to earn his.

Our previously cited one-number metric DRIP (a projection of a player’s contribution to a team’s plus-minus per 100 possessions) has Gordon at 51st in the NBA among players who have played at least 800 minutes (putting him right around the sub-All-Star tier). And that, coupled with the loaded brigade of frontcourt talent in the Western Conference, makes it difficult to envision him receiving an All-Star spot by conventional means.

But still, Gordon’s character arc is shaping up to be a lot like his draft colleague Wiggins. And if that trend holds, he just might be an integral piece of a team that wins the NBA championship in the next chapter.