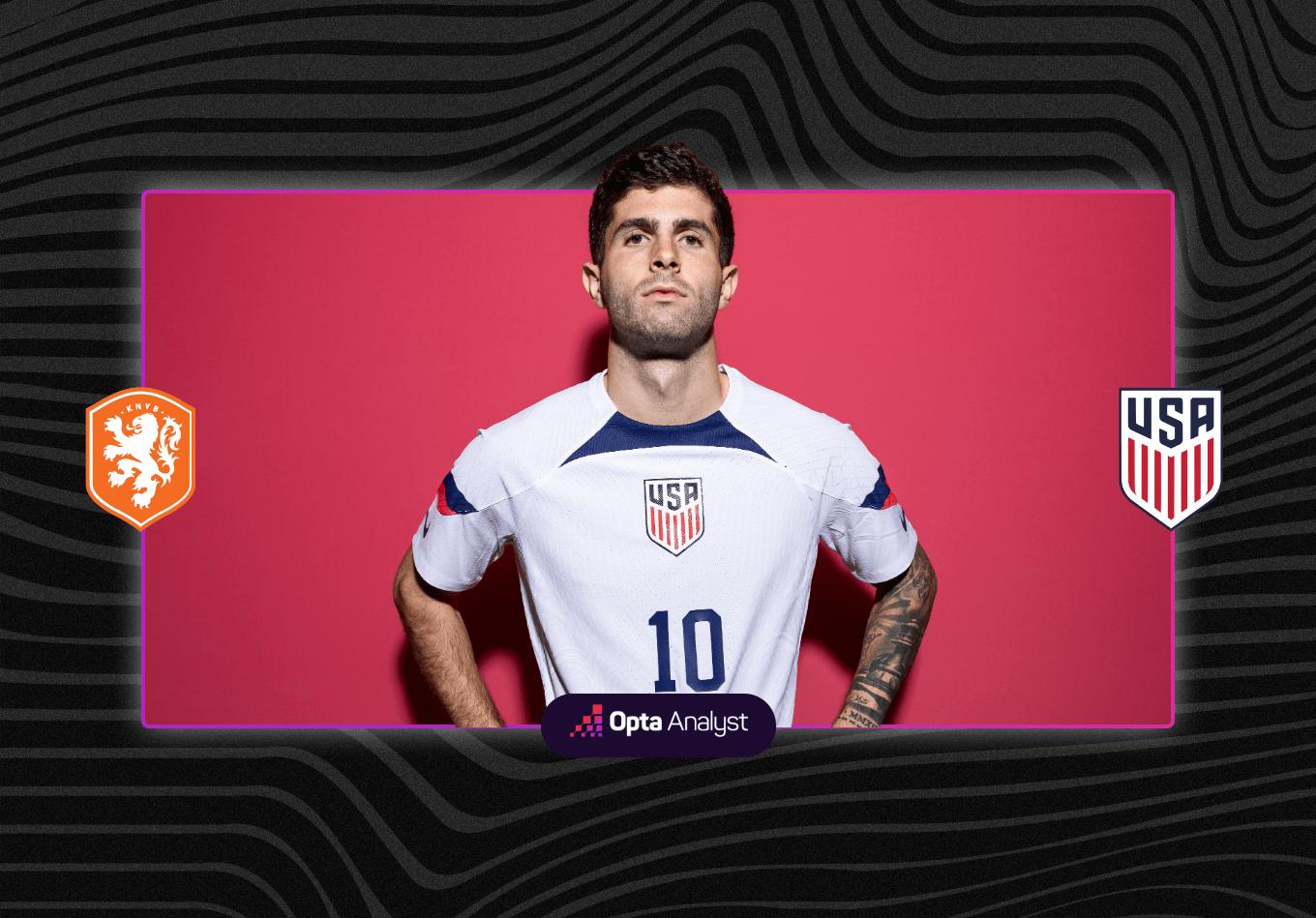 After winning Group A, the Netherlands face Group B runners-up USA in the round of 16 at Qatar 2022. We preview the knockout stage match ahead of kick-off at the Khalifa International Stadium on Saturday, with added insight from our football predictions supercomputer.

The group stage didn’t consist of ideal performances for the Dutch. The Netherlands would love to start playing well, but beating the United States and reaching a World Cup quarter-final is their primary focus.

Make four predictions on the Netherlands vs. USA game to win $500

This has so far been an underwhelming tournament from the Oranje, although they still advanced top of Group A with two wins and a draw from their matches against Senegal, Ecuador and Qatar.

Coach Louis van Gaal told the media to fly home if the football was “so terribly boring”, but there is no doubt it is effective.

Discounting penalty shoot-outs, Van Gaal is unbeaten in his 10 World Cup matches as a coach. Only Felipe Scolari (12) and Mario Zagallo (11) have enjoyed longer undefeated streaks to start their finals careers.

The coach appears to have his players on board, as Marten de Roon said: “We are searching, that is clear. We hope it gets better, we all hope so.

“But the first goal is to get through to the next round. We are not deliberately playing badly here. Maybe one of you has the solution?

“Of course, we would prefer to play everyone off the carpet and win 5-0 every time and become world champions, but it is not that simple. Winning counts on Saturday, but how we do it matters less. Even if necessary through penalty kicks.

“I don’t mind becoming a world champion without having played a good match. The positive is that we haven’t lost. That may also give us the confidence that it can only get better.”

The Dutch have reached at least the quarter-final in four of their last five appearances at the World Cup, exiting in the last 16 in 2006.

Meanwhile, the United States have lost three of their four matches in the round of 16, winning only in 2002 against Mexico.

They have only won one of five meetings with the Netherlands – all in friendlies – although that victory was in their last such clash in 2015. But as for recent form, there’s a bit more of a positive feel around the United States after getting through Group B unbeaten against Wales, England and Iran without conceding an open-play goal. That’s at least in part thanks to strong play in the midfield with Tyler Adams, Yunus Musah and Weston McKennie leading a team that’s completed 75.1% of their passes ending in the final third. That’s good enough for seventh at the tournament behind Spain, Argentina, Portugal, France, Germany and Brazil heading into Friday’s final group-stage matches.

All the talk going into the tournament was around one forward in Memphis Depay, but the Netherlands have a new star. Gakpo put Oranje 1-0 up in all three group games, with David Villa in 2010 the last player to open the scoring in four matches at a single World Cup.

Overall for the Netherlands and club side PSV this season, Gakpo has had a hand in a phenomenal 35 goals in 29 appearances (17 goals, 18 assists). He’ll be looking to add to that tally in this round of 16 tie against the Americans.

Pulisic expects to be fit for this match despite his injury against Iran, and his return will be welcomed. The winger has scored twice as many goals (22) for the USMNT as any other player in Gregg Berhalter’s squad, and he’s been involved in both of the United States’ goals at the tournament.

Julian Green was the last United States’ player to score a World Cup knockout stage goal, when he netted in their 2-1 round of 16 defeat to Belgium in 2014. The Chelsea star will be hoping to end that eight-year drought in this game against the Dutch.

The Netherlands may not be playing well, but the supercomputer expects their winning habit to continue. They are 51.9% favourites for this one.

The USA prediction is at a 22.0% chance, while a draw that would spell penalties has a 26.1% likelihood.