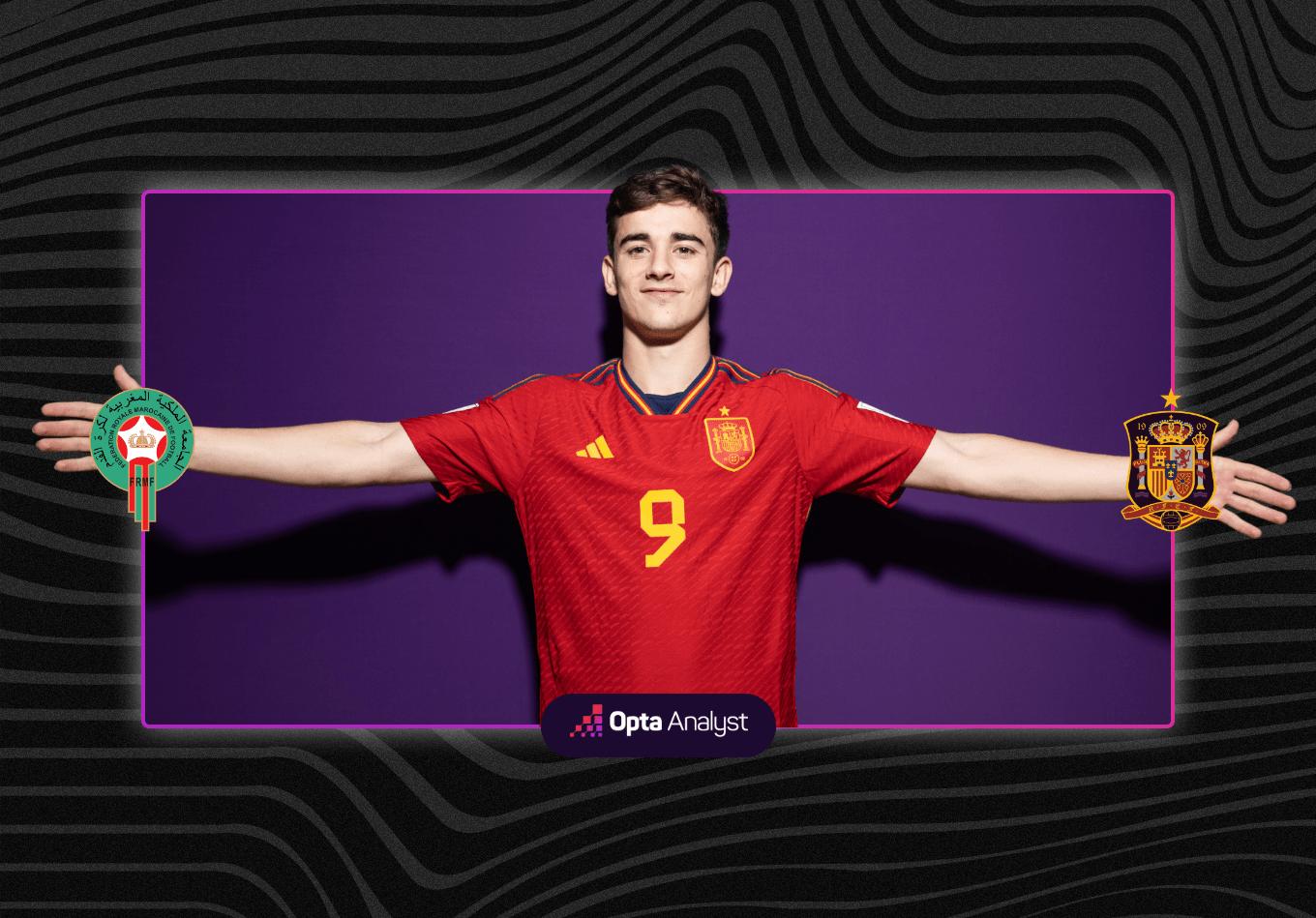 Gavi is retaining faith in Spain’s style of player even if the impressive teenage star knows La Rojo must learn from the mistakes made against Japan when they face Morocco at the Education City stadium in the last 16 of the World Cup.

Spain were on course to top Group E when Alvaro Morata headed an early opener on Wednesday, but goals from Ritsu Doan and Ao Tanaka helped the Samurai Blue leapfrog their opponents in stunning fashion.

“The match against Japan has to serve as a lesson for what is to come. Luckily, that defeat has been resolved and we are clear about what we have to do,” Gavi told Marca.

“We are in the round of 16 and there are some very good teams that haven’t been able to do it. That’s why we have to really think that pressure is a privilege.”

Spain completed 2,489 passes in their group-stage campaign, their most at a single tournament on record (since 1966), while their tally of 969 passes against Japan was a record for a losing team at the tournament.

While Morocco showed their counter-attacking quality to claim four points from games against Croatia and Belgium, Gavi believes Spain must stick to their principles.

Make four predictions on Morocco vs Spain to win $500

“We are not going to lose focus on the goal, which is to win the World Cup,” he added.

“We are going to look for it by being faithful to what we have been doing all these years. It would be a mistake to give up everything we believe in.”

Morocco are featuring in the knockout stages of a World Cup for just the second time, having been beaten at this stage by West Germany in 1986.

The Atlas Lions are chasing a slice of history on Tuesday, when they could match the longest unbeaten run managed by an African side at the World Cup – currently Cameroon’s five-game sequence between 1982 and 1990.

After a 2-1 win over Canada ensured Morocco topped Group F, coach Walid Regragui called for his side to aim high.

“We didn’t come just to say ‘oh, we almost got close’,” he said. “We need to get the results as all the European or South American teams do. We need to emulate them.”

While Romain Saiss and Nayef Aguerd are likely to be busy in the Morocco backline, Regragui’s men will carry a threat at the other end – chiefly through Chelsea creator Ziyech.

Ziyech has played more passes into the box (17) and created more chances (four) than any other Morocco player at the World Cup, as well as leading his team-mates for ball carries (43) and combined distance carried (477.6 metres).

While Ziyech’s counter-attacking prowess is clear, he also scored his first World Cup goal last time out, and the 29-year-old could be a thorn in Spain’s side.

While Barcelona playmakers Gavi and Pedri have stolen the headlines for Spain in Qatar, fine margins can often decide knockout games – and Morata’s contribution could be key.

Though maligned by some, Morata has been consistent in front of goal at this tournament, hitting the net on each of his three appearances despite playing a total of just 126 minutes.

Morata started two of Spain’s three knockout games at Euro 2020 last year, and if he can reward Luis Enrique’s faith with another goal, he will join David Villa as just the second Spanish player to score in four consecutive World Cup matches.

Spain have never lost in their three previous meetings with Morocco (W2 D1), and our prediction model makes them strong favourites to advance to the last eight, giving them a 61.3% chance of victory.

However, Morocco did claim a 2-2 draw in the teams’ only previous World Cup contest in 2018, and a repeat – which would mean extra-time and potentially penalties – is given a 24% chance.

The Atlas Lions have provided one of the great underdog stories of this tournament, but their chances of an historic victory are rated at just 14.7%, making them big outsiders.

Of course, there are other ties to be played in this first knockout stage of the 2022 FIFA World Cup. You can play our Opta Challenge game on each of the remaining games for a chance to win $500. Click on the links below to play (t&cs apply).