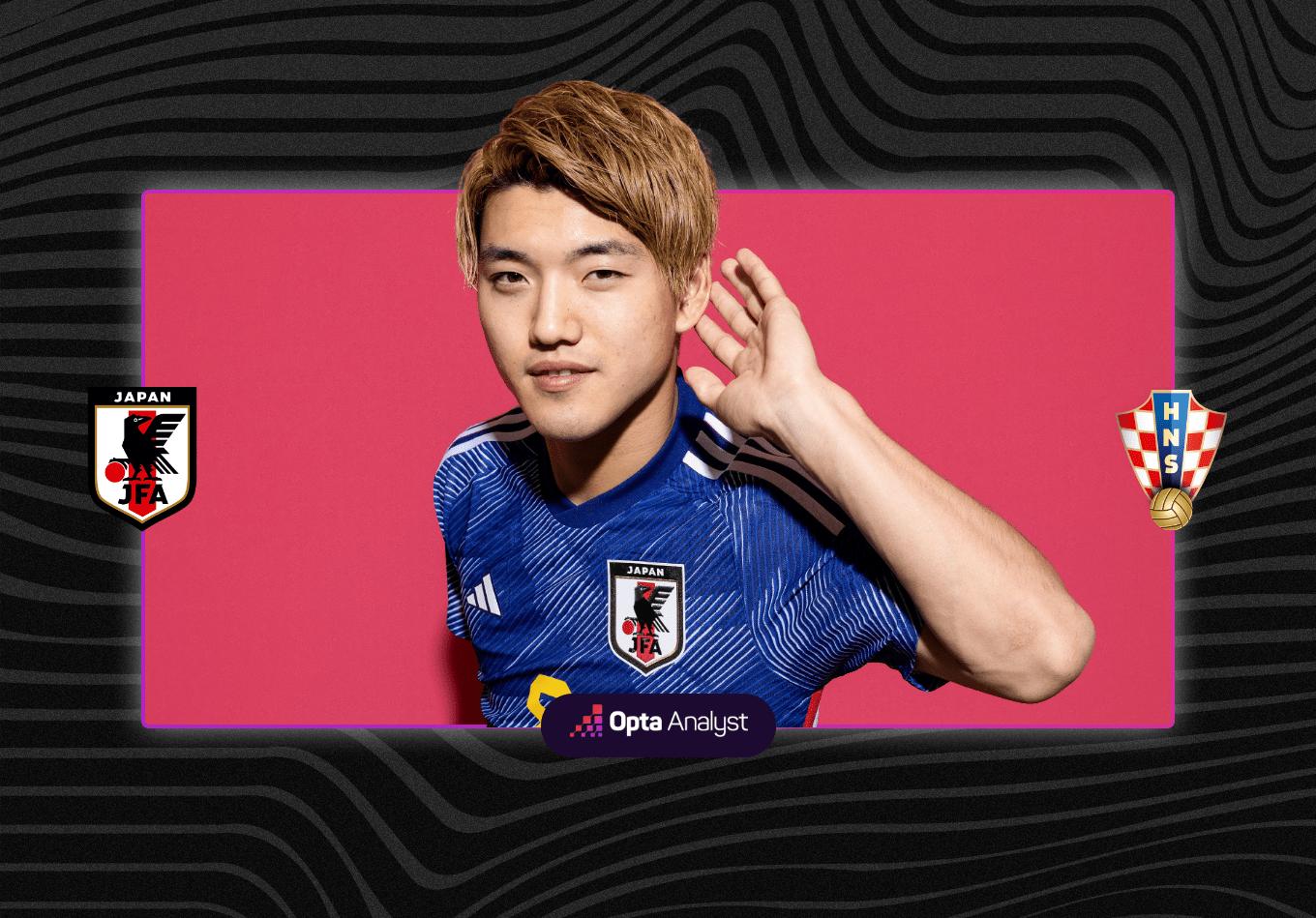 After winning Group E, Japan face Group F runners-up Croatia in the round of 16 at Qatar 2022. We preview the knockout stage match ahead of kick-off at Al Janoub Stadium in Al Wakrah on Monday, with added insight from our football predictions supercomputer.

Zlatko Dalic stressed that staying disciplined will be crucial if Croatia are to defeat Japan and reach the World Cup quarter-finals.

Croatia, runners-up in Group F behind Morocco, face Japan on Monday in the last 16.

Japan were the shock victors of Group E in Qatar, having claimed 2-1 victories over Germany and Spain either side of a 1-0 loss to Costa Rica.

Runners-up to France in 2018, Croatia have only lost two of their eight knockout stage games at the World Cup (W4 D2), while Japan have never progressed beyond the last 16.

Hajime Moriyasu’s team have shown their quality against top sides, however, and Dalic knows his team must stay regimented if they are to avoid an upset.

“Spain might have thought it was going to be easier, but Japan are a team that do not quit, as they showed against Germany as well,” Dalic told reporters.

“At some point, when Costa Rica were leading against Germany, Spain were out of the tournament, so they couldn’t allow themselves to lose. Japan deserved to win.

“Before the group stage, if we could choose an opponent in the next round, some people may have said Japan, but after seeing them beat Germany and Spain, they are anything but an easier opponent.

“If you are first in a group with Germany and Spain, it shows your quality and that you are playing at a really high level. What I would say about the Japanese team is that they never quit. They conceded goals at the beginning of the match both against Germany and Spain, but they came back.

“They had a lot of faith in themselves, and that is a great virtue of the Japan national team. For us, it will be key that we are also disciplined and patient. We cannot make mistakes because Japan has the quality to punish those mistakes. We need to be good at falling back if we lose the ball.”

Croatia might have progressed from a group that also included Belgium and Canada but failed to score in two of their matches – they had only drawn a blank in two of 13 matches at the tournament in the 2006, 2014 and 2018 editions combined.

Dalic’s side like to control possession, but that could play into Japan’s hands. They averaged just 32.3% of the ball across their three group stage games. Indeed, their two wins over Spain and Germany came with 17.7% and 26.1% possession respectively, while the one match they lost came when they had more of the ball against Costa Rica (56.8%).

Three of Japan’s four goals scored have been scored by substitutes. Ritsu Doan has netted two of these for the Samurai Blue.

Only three players have ever scored at least three goals as a substitute at a single World Cup – Andre Schurrle in 2014 (three), Roger Milla in 1990 (four), and Laszlo Kiss in 1982 (three).

Mateo Kovacic, Marcelo Brozovic and Luka Modric run the midfield for Croatia, but their attack is not quite as world-class.

That being said, in Ivan Perisic they have a wide player more than capable of being a goalscorer. The 33-year-old has scored nine goals at major tournaments, which is a joint record for Croatia along with Davor Suker.

Perisic has also set up seven goals at either the Euros or the World Cup, a Croatian record, and no Croatia player has had more shots so far in Qatar than his tally of five.

This will be the third World Cup meeting between Japan and Croatia, with Japan winless and goalless in the previous two – a 1-0 defeat in 1998 and a goalless draw in 2006, both in the group stage.

Opta’s model says the odds are against Japan, who are given a 26% chance of progressing to the last eight. Croatia are the favourites (46.1%).

Do not be surprised to see this one go to extra-time, though – the draw is ranked at a 27.9% chance.