Brazil vs Croatia Prediction | The Analyst 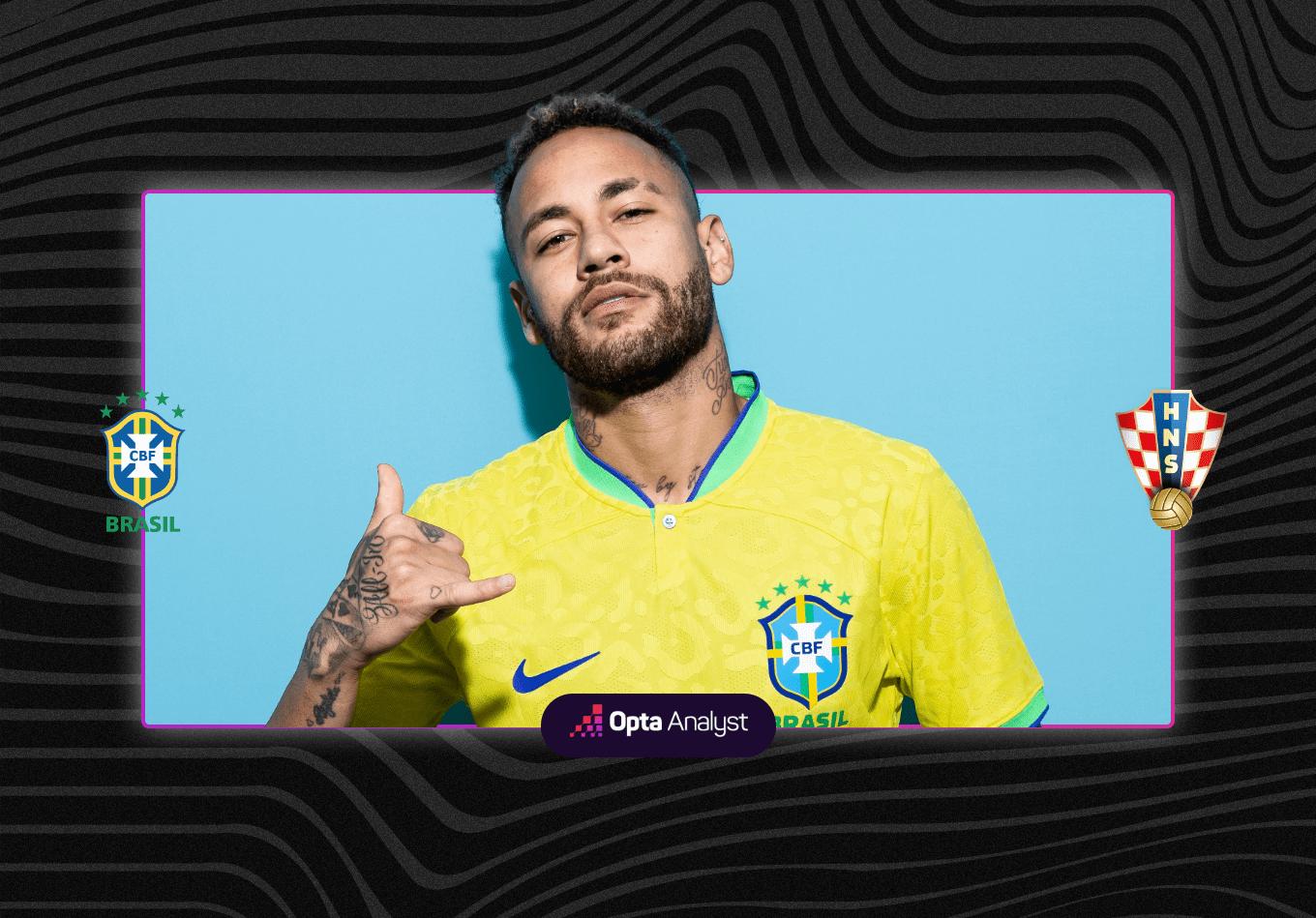 After their emphatic win over South Korea in the round of 16, Brazil face Croatia in the quarter-finals at the Education City Stadium in Al Rayyan on Friday. The Croatians knocked out Japan following a penalty shootout in the last round, but can the 2018 runners-up get past the tournament favourites?

Brazil coach Tite has explained that joining in with his team’s celebrations against South Korea was not an act of disrespect to the opposition.

The Selecao ran out 4-1 winners against South Korea on Monday as they sealed their place in the World Cup quarter-finals in style.

Vinicius Junior opened the scoring before Neymar converted a penalty after a foul on Richarlison, who added a sublime third prior to Lucas Paqueta rounding off Brazil’s haul, all in the first half of the clash.

After Richarlison’s goal, which capped a superb move, Tite celebrated with the Tottenham forward by performing the ‘pigeon’ dance.

He was criticised by some sections of the media, but Tite has explained he meant no disrespect.

“We try to adapt to the athletes’ characteristics. They are young, I have to get closer to their language,” he said.

“One day we were training and I said to Richarlison ‘if you score a goal, I’ll dance’.

“I told the players to hide me a little, I know about the visibility.

“I didn’t want it to have any other interpretation than the joy of the goal, the result, the performance, but not disrespect for the opponent or Paulo Bento, who I have great respect for.”

With his goal, meanwhile, Neymar matched Pele and Ronaldo as the third Brazil player to score at three different World Cups.

The Paris Saint-Germain star is also just one short of matching Pele’s record goal haul of 77 for Brazil.

“Achieving marks is a great source of pride,” Neymar said.

“I reached numbers that I would never have imagined reaching, that’s always very good. It makes me very happy.”

Make four predictions on Croatia vs Brazil to win $500

Croatia stand between Brazil and a place in the last four.

Brazil have never lost in four previous meetings with Croatia, with this their first meeting since a 2-0 friendly win in June 2018.

The South Americans are looking to reach the World Cup semi-final for the ninth time, with only Germany (12) doing so more often.

Croatia, runners-up in 2018, have reached at least the last four of the competition on both previous occasions they’ve made it out of the group stages (1998 and 2018).

The Croatians advanced to the knockout stage of Qatar 2022 after finishing ahead of Belgium and Canada, but in second place behind Morocco in Group F.

They have a host of experienced players, like Luka Modric, Ivan Perisic, Dejan Lovren and Andrej Kramaric, with Josko Gvardiol one of the breakout stars at this tournament.

Goalkeeper Dominik Livakovic was the hero in the last round, becoming just the third goalkeeper in World Cup history to save as many as three penalties in a shootout.

Neymar has been involved in 15 goals in his last 11 appearances for Brazil in all competitions (eight goals, seven assists), with each of his last six goals for the national side coming from the penalty spot.

Last time out against South Korea, he became the first Brazil player on record (since 1966) to both score and provide an assist at three different World Cup tournaments.

After suffering an ankle injury against Serbia in the opening game, he missed the following group matches versus Switzerland and Cameroon.

He needs one more goal to draw level with Pele (77 goals) as the leading men’s goalscorer in Brazilian national team history.

Real Madrid star Luka Modric was not on the pitch as Croatia progressed past Japan on penalties in the last 16, but if Zlatko Dalic’s team are to beat Brazil, the 37-year-old will surely be crucial.

Modric has played 16 times in the FIFA World Cup for Croatia overall, two more than any other player. He will go up against former Madrid club-mate Casemiro, and will need the assistance of Marcelo Brozovic and Mateo Kovacic, but if Modric can wield his influence, Croatia have a chance.

Croatia have lost four of their five World Cup games against South American sides, with the exception being a 3-0 win over Argentina in 2018. Two of those four defeats have been against Brazil – 1-0 in 2006 and 3-1 in 2014.

Despite getting to the final in Russia, Croatia have been handed only an 11.5% of victory by our Opta match prediction model, which has Brazil as the favourites with 68.2%. There is a 20.3% chance of a draw, and the game going to penalties to decide who advances to the semi-finals in Qatar.

Of course, there are three other ties to be played in the quarter-finals of the 2022 FIFA World Cup. You can play our Opta Challenge game for each of these, for a chance to win $500. Click on the links below to play (t&cs apply).