Trading Frenzy: Which of the Many Moves on the NFL's Deadline Day Matter Most? | The Analyst 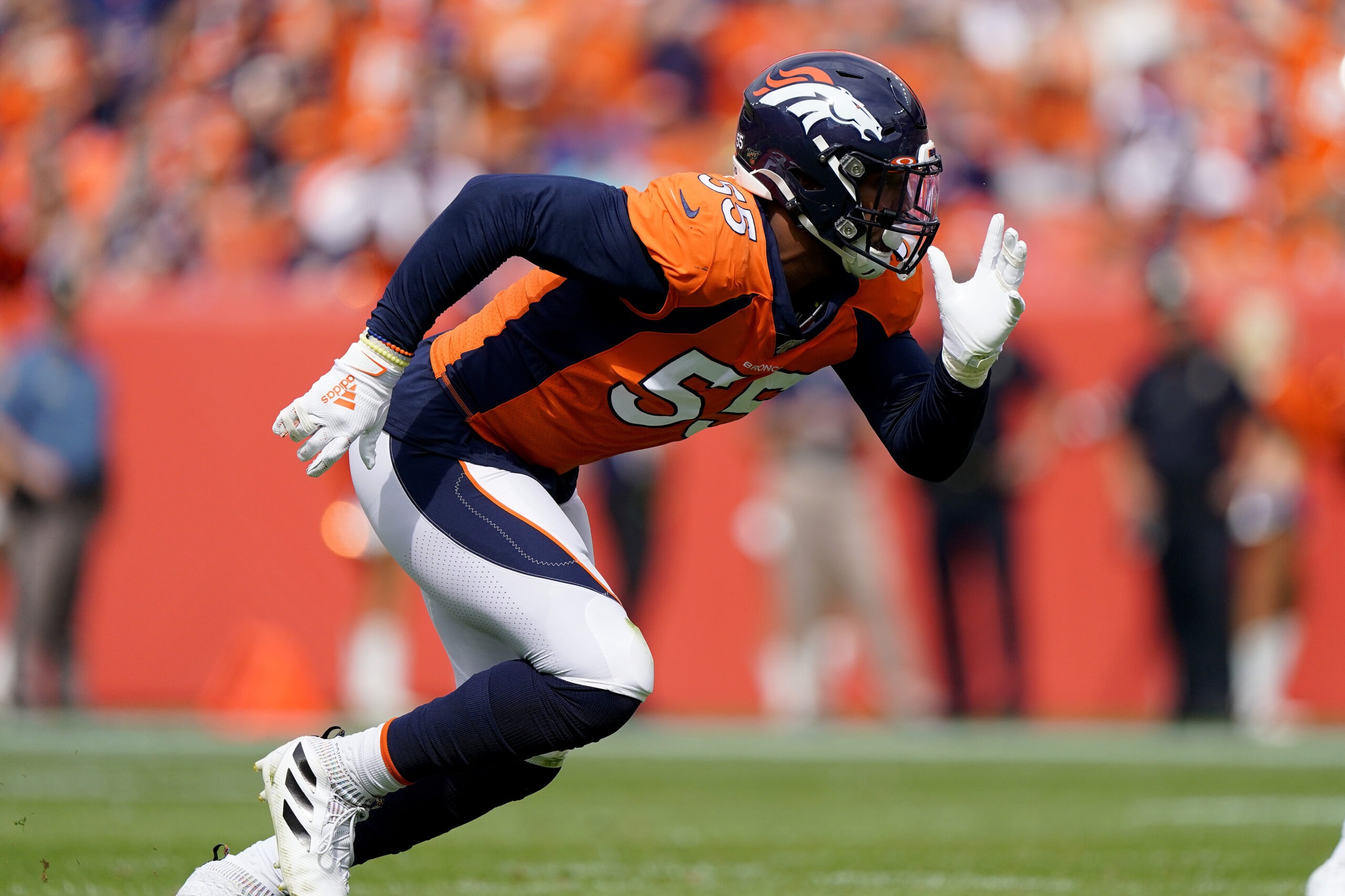 Trading Frenzy: Which of the Many Moves on the NFL’s Deadline Day Matter Most?

The 2022 trade deadline day proved a historic one for the NFL.

Teams struck 10 deals on Tuesday prior to the 4 p.m. ET deadline, with a total of 12 players traded – the most ever on deadline day.

None were of the level of the San Francisco 49ers’ blockbuster trade for Christian McCaffrey on Oct. 20.

However, there were still several deals that will have significant short- and long-term impacts for some of the franchises involved.

So what can we glean from the hive of activity at the deadline? Let’s dig into the advanced data around the trades to answer that question.

The Miami Dolphins made the headline move of trade deadline day, sending a package that included the 2023 first-round pick they acquired from the 49ers to the Denver Broncos for edge rusher Bradley Chubb.

It’s a move aimed at improving the Miami defense’s ability to better complement an offense that fired on all cylinders in a Week 8 win over the Detroit Lions.

Miami recovered from 14 points down to beat the lowly Lions 31-27 as Tua Tagovailoa produced five passing plays of at least 20 yards in a single game for the third time this season.

Yet the Dolphins might not have needed such heroics from their quarterback had the defense been better equipped to keep the Lions at bay in the first two quarters.

The Dolphins are allowing successful plays on 47.7% of passing downs – well above the league average of 41.1 – and are tied for 20th in the NFL with just 14 sacks for negative yardage this season. They’re also a woeful 27th in the league in EVE against the pass, allowing 0.601 yards more than the expected amount.

His 32 pressures are more than every other Dolphins defender except Jaelan Phillips, who ranks fourth in the NFL with 41.

The hope will be that pairing Phillips and Chubb will greatly improve the defense’s capacity to create negative plays and remove some of the onus from a high-powered offense.

That offense has a new name in the backfield for the second half of the season. The Dolphins traded running back Chase Edmonds to the Broncos, before sending a fifth-round pick to the 49ers for Jeff Wilson Jr., who reunites with former teammate Raheem Mostert in Miami.

Wilson’s departure was always a possibility after the 49ers struck their trade for McCaffrey, but he should prove an excellent complement to Mostert. He can excel at both zone and gap-scheme runs and has proven effective at picking up yardage with less than ideal blocking. Among backs with at least 50 carries, Wilson is 11th with 3.37 yards per rush on runs where there is a disruption by a defender.

With a strengthened pass rush and an apparent upgrade in the backfield, Tagovailoa’s support system looks to be improved following the trade deadline, but that will only heighten the scrutiny on him if he cannot turn a 5-3 start into a playoff berth.

If their 1-6 record didn’t already make it obvious, Detroit’s decision to trade tight end T.J. Hockenson to the NFC North rival Minnesota Vikings hammered home the point that the Lions still have a lot of rebuilding to do.

It’s a move that sees them part ways with a tight end that was a Pro Bowler as recently as 2020 and who has been an efficient receiver in 2022.

Hockenson is averaging 15.2 yards per reception – the most among tight ends, but the deal signals how much value Detroit is placing on adding draft capital with a roster that still appears to be far from competing.

While the struggles on the field may put them in position to land their quarterback of the future, the Lions are clearly in need of more resources to improve a defense that has allowed a success rate of 46.1% (second worst in the NFL) and continues to struggle to create pressure or cover in the secondary. (Success rate is how often a team gains/allows 50% of the yards to gain on first down, 70% on second down, or 100% on third and fourth downs.)

The beneficiaries of the Lions’ need to amass picks are the 6-1 Vikings, who can work in Hockenson as a replacement for Irv Smith Jr. after he was lost for eight to 10 weeks with an ankle injury.

It was not clear in which direction the Vikings were headed after a sea change in the front office and at head coach after missing the playoffs last season, but the Lions were thought to be on an upward trajectory following an impressive offseason.

That assessment has proven misguided, with these two teams’ divergent paths enabling the Vikings to enjoy the advantages of having another offensive weapon as the Lions are left wondering how long it will take for them to be in a position to be buyers at the deadline.

The Chicago Bears were also a seller, sending linebacker Roquan Smith to the Baltimore Ravens on Monday having also dealt pass rusher Robert Quinn to the Philadelphia Eagles.

Unlike the Lions, however, the Bears were also in the business of adding to their roster, striking a deal that serves as an illustration of their belief in second-year quarterback Justin Fields.

After receiving a second and a fifth-round pick for Smith, the Bears parted with a second to acquire wide receiver Chase Claypool from the Pittsburgh Steelers.

Claypool’s worth was clearly not depreciated by a downturn in his production in terms of scoring from his rookie year. He scored 11 touchdowns (nine receiving, two rushing) in 2020 but has just three from scrimmage since.

Yet Claypool has excelled at winning his matchups with defenders this season, with his open percentage against man coverage of 42.42 prior to Week 8 well above the average for wide receivers (36.32).

That points to the problem in the Steelers’ offense, which has struggled to target him downfield amid its deficiencies at the quarterback position. Claypool’s average depth of target of 9.8 yards this season is below the league average of 10.4 for receivers.

But a partnership with Fields, who has been starved of receiving talent in Chicago, could be one that gets Claypool back on his previous trajectory.

Last week against the Dallas Cowboys, Fields was accurate on 90.9% of his throws while averaging 9.5 air yards per attempt. His season-long average of 9.64 is fourth among quarterbacks with at least 100 passes this season.

If Fields sustains that downfield accuracy, it could see Claypool re-emerge as the deep-ball winner he was in his rookie season.

Though they have traded other assets for picks, the Bears feel Fields has shown enough to merit faith that he can blossom and are backing him to revitalize Claypool while inspiring further strides for an offense that has made definitive progress in recent games.