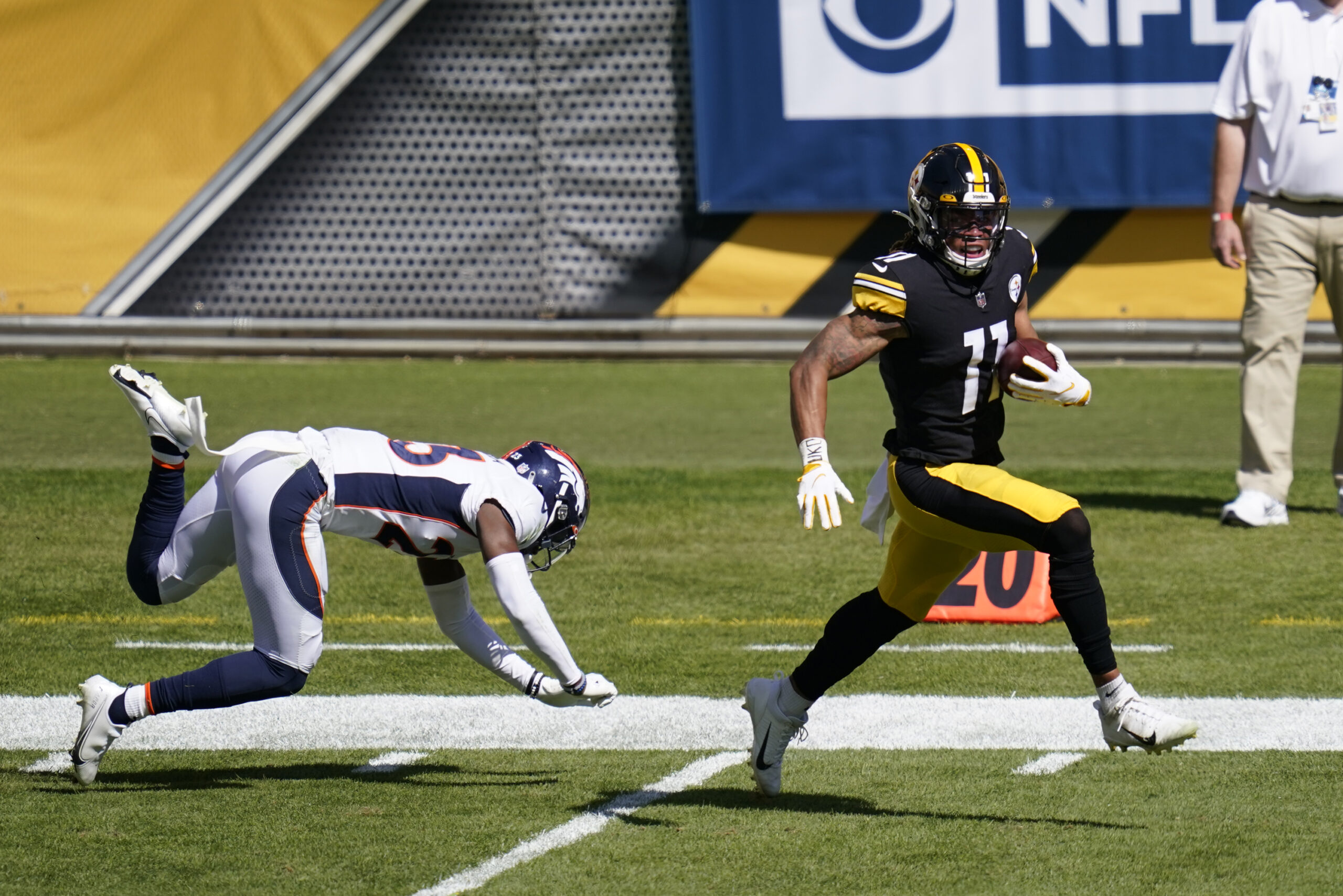 An unusual flurry of trade deadline moves Tuesday caused fantasy managers to both hold their collective breath that one of their starters wouldn’t become a backup and hope that other players would be bumped up the depth chart.

T.J. Hockenson, who is already rostered in 96% of Yahoo leagues, figures to be in a better situation with Kirk Cousins throwing to him instead of Jared Goff. Justin Jefferson should continue to get his looks, but Hockenson could take some targets away from other pass catchers. In Detroit, Brock Wright, who has six catches for 88 yards this season, moves up the depth chart at tight end. He was knocked out of Sunday’s game with a possible concussion and is not expected to put up Hockenson-type numbers.

But there were some trades made that we think will impact fantasy teams. We’ll get into those next as we break down the top waiver wire pickups managers should consider heading into Week 9. As always, don’t forget to check out our fantasy football rankings.

Since totaling 471 passing yards with two touchdowns and four interceptions and 147 rushing yards and a score over his first four games, Fields has put up 728 passing yards with five TDs and two picks and 277 rushing yards and two scores over the past four. He had 34 rushing attempts in the first four games and 42 over the past four as the Bears have implemented more designed QB runs to utilize Fields’ skill set. Making the situation even better, the Bears finally got him another weapon in the passing game by acquiring Chase Claypool from the Pittsburgh Steelers at the deadline. Our early projections have Fields attempting 21.7 passes and rushing 8.9 times for 58.8 yards. He’s getting better and so are his fantasy prospects.

The Rams were rumored to be seeking an upgrade at running back, but the deadline came and went without Los Angeles adding a playmaker out of the backfield. That leaves Rivers, who had 12 touches to Darrell Henderson Jr.’s six in Week 8, as the potential leader of the unit. He had eight rushes for 21 yards and four catches for 15 yards against the San Francisco 49ers. Former starter Cam Akers remains an unknown after not being moved Tuesday.

With Christian McCaffrey taking over in the San Francisco backfield and eventually Eli Mitchell returning to the mix, Wilson – and fantasy managers who have held onto him – should be feeling good about his trade to the Dolphins. He’ll have a better opportunity in the less-crowded Miami backfield, especially after Chase Edmonds was also moved to the Denver Broncos in the Bradley Chubb deal. Wilson is likely to be the No. 2 in Miami behind Raheem Mostert, but he should get more touches and would have significant value if Mostert misses time.

Look, if you have Derrick Henry on your team, you really should have Hilliard as a Henry insurance policy. He’s an under-the-radar top backup in the league and rushed eight times for 83 yards in Tennessee’s win over the Houston Texans in Week 8. On the season, he’s averaging 7.8 yards per carry on his 14 attempts and also has three TD receptions. You can either stash Hilliard if you have the space or be ready to pounce if anything happens to Henry (like last year).

It’s uncertain whether Keenan Allen (hamstring) will play this weekend after he was limited in Week 7 and did not practice on Monday coming off the team’s bye week. Now Mike Williams is expected to miss at least four weeks with an ankle injury, meaning Justin Herbert will be seeking other options in the passing game – even if Allen is able to return. Williams’ injury likely elevates Palmer into a larger role after the second-year pro missed Week 7 with a concussion. Palmer had season highs of 12 targets and nine receptions for 57 yards in Week 6 against the Broncos. If he’s able to return, Palmer could be in line for a lot of looks from Herbert. Our early projections have him at WR17 for Week 9.

We realize Claypool is rostered in 58% of Yahoo leagues, meaning he might not be available in your particular league. But he’s worth mentioning if he is because he’s going from being lost in the shuffle with the Steelers to likely the No. 1 or at least No. 1A receiver in Chicago alongside Darnell Mooney. There simply isn’t a lot of competition for targets on a Bears offense that is improving and has thrown the ball 22.8 times per game over the past five weeks after averaging 15.0 attempts in its first three games.

The trade deadline came and went without the Packers helping Aaron Rodgers or their sluggish passing attack. But for Tonyan’s fantasy outlook, this was a good thing. Tonyan leads Green Bay in targets (22), receptions (18) and receiving yards (157) over the past three weeks. That should only continue with Allen Lazard dealing with a shoulder injury and in jeopardy of missing his second straight contest. That would make Tonyan and wide receiver Romeo Doubs the only decent fantasy plays against the Detroit Lions’ woeful defense.