The NFL's Best Wideout? Why It's Time to Appreciate the Brilliance of Justin Jefferson | The Analyst 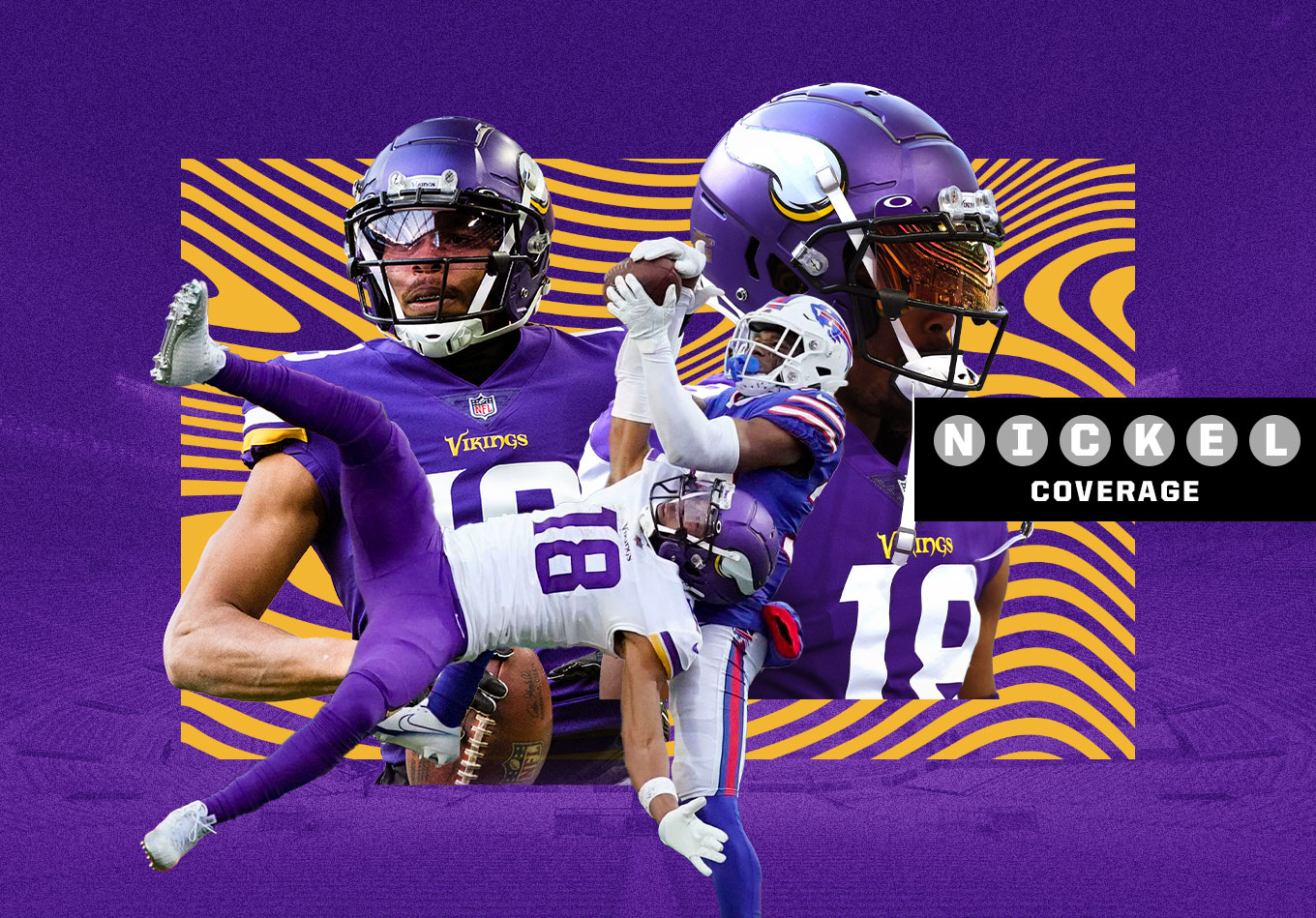 The NFL’s Best Wideout? Why It’s Time to Appreciate the Brilliance of Justin Jefferson

Only a small percentage of players that enter the NFL get to climb the mountain and win the Super Bowl.

The difficulty level surrounding the challenge of lifting the Lombardi Trophy is too often forgotten and too often impressive seasons are written off and quickly consigned to history after a team falls short.

It is not unusual for players to talk about their exploits throughout a season being meaningless when they fall short of the ultimate goal. Yet in a league that is so tough to win, it is important to cherish the dramatic victories and moments that spark the greatest joy in the long journey that is an NFL season.

No fanbase understands this more than that of the Minnesota Vikings, who have continually had their hearts broken throughout a tortured history. The Vikings have gone to four Super Bowls without winning any and have a long history of playoff agony.

But they’re also responsible for one of the great postseason finishes when Stefon Diggs’ last-gasp touchdown in the NFL divisional round against the New Orleans Saints at the end of the 2017 season became known as the ‘Minneapolis Miracle.’

With Diggs providing the opposition as a member of the Buffalo Bills on Sunday, Vikings receiver Justin Jefferson produced another of those indelible moments for the franchise and the fans to cling on to in their astonishing 33-30 overtime win at Orchard Park.

The Vikings were firmly in the last chance saloon, trailing 27-23 with two minutes remaining and faced with fourth-and-18 from their own 27-yard line. Minnesota’s hopes of victory were seemingly about to end, but Jefferson literally plucked some new life out of the air, bending backwards as he leapt to take a desperation Kirk Cousins throw away from the grasp of Bills defender Cam Lewis, producing a catch that instantly joined the discussion as arguably the best of all time.

What made that reception more remarkable was the fact it did not result in points and was only a prelude to the utter chaos of the finale to the unquestioned game of the year. The Vikings drove to the Buffalo 1-yard line but were stopped on fourth down, only for the Bills to cough up what looked to be certain victory when a fumbled snap on their goal line allowed Eric Kendricks to recover a fumble and give Minnesota the lead.

It was quickly snatched away when Josh Allen, with a little under 40 seconds remaining to do so, guided the Bills in position to kick a game-tying field goal and force overtime, achieving that feat in part thanks to a controversial completion to Gabe Davis. Officials elected not to review the play despite replays indicating he had dropped the ball.

The Vikings kicked a go-ahead field goal in the extra period after again failing to convert from inside the Buffalo 5-yard line, but their profligacy in the red zone was not punished as Allen ended an uncharacteristically rough showing with a poor decision to throw over the middle and his pass was intercepted by Patrick Peterson in the end zone to clinch Minnesota’s thrilling comeback win.

Allen’s fumble and his red-zone interception were the decisive plays, but it’s Jefferson’s exploits that provided the defining image of the game. His unbelievable fourth-down reception was the highlight of a domineering display from a player who has swiftly ascended to an elite wide receiver.

Jefferson had two receptions for first downs on the overtime drive that ensured the Bills would have to score a touchdown to win. The second of those was a leaping grab on a corner route to haul in a perfectly placed ball from Cousins against a two-deep safety coverage.

For the game, he finished with 10 catches for a career-high 193 yards and a touchdown. It was another history-making display for a receiver who has made a habit of rewriting the record books since entering the NFL in 2020.

This was his 20th career game with at least 100 receiving yards, surpassing Odell Beckham Jr. (19 games) and Randy Moss (19) for the most such games by a player in his first three career seasons in NFL history.

Jefferson also has 18 receptions of at least 20 yards or more this season, which trails only Tyreek Hill (20). Jefferson’s big-play rate of 36.3% puts him fifth among receivers with at least 50 targets. His explosiveness is a product of his ability to manufacture separation with his route running and make superb plays at the catch point.

But Jefferson is not just a go-up-and-get-it guy. He’s also fourth in the NFL in burn yards per route (4.2) among receivers with 50 targets, further illustrating how adept he is at breaking free from coverage. A burn is when a receiver wins his matchup with a defender on a play in which he’s targeted.

The Vikings parted with the man at the heart of one of the greatest plays in franchise history in 2020 when they traded Diggs to the Bills in exchange for a first-round pick. Minnesota used that first-round pick on Jefferson, with that exchange now deservedly viewed as a huge win for both sides.

By producing a physics-defying catch with the game on the line in a matchup seen as a referendum on the Vikings’ credentials as a contender, Jefferson has followed in Diggs’ footsteps in delivering a moment that will live in franchise folklore.

The wild nature of the victory may lead some to hit the pause button on declaring the Vikings to be a team in contention to win the Super Bowl, even with an 8-1 record and a win over one of the AFC’s best now on their resume.

But discussion over Super Bowl chances should be secondary in this instance. Regardless of whether the Vikings go on to make it deep into the postseason, Jefferson’s play is one that the Vikings fanbase will talk about forever.

The Vikings may not be holding the Lombardi Trophy come the end of the season in Arizona, but Jefferson’s heroics in this bewitching chapter of their 2022 campaign will still be worth celebrating.