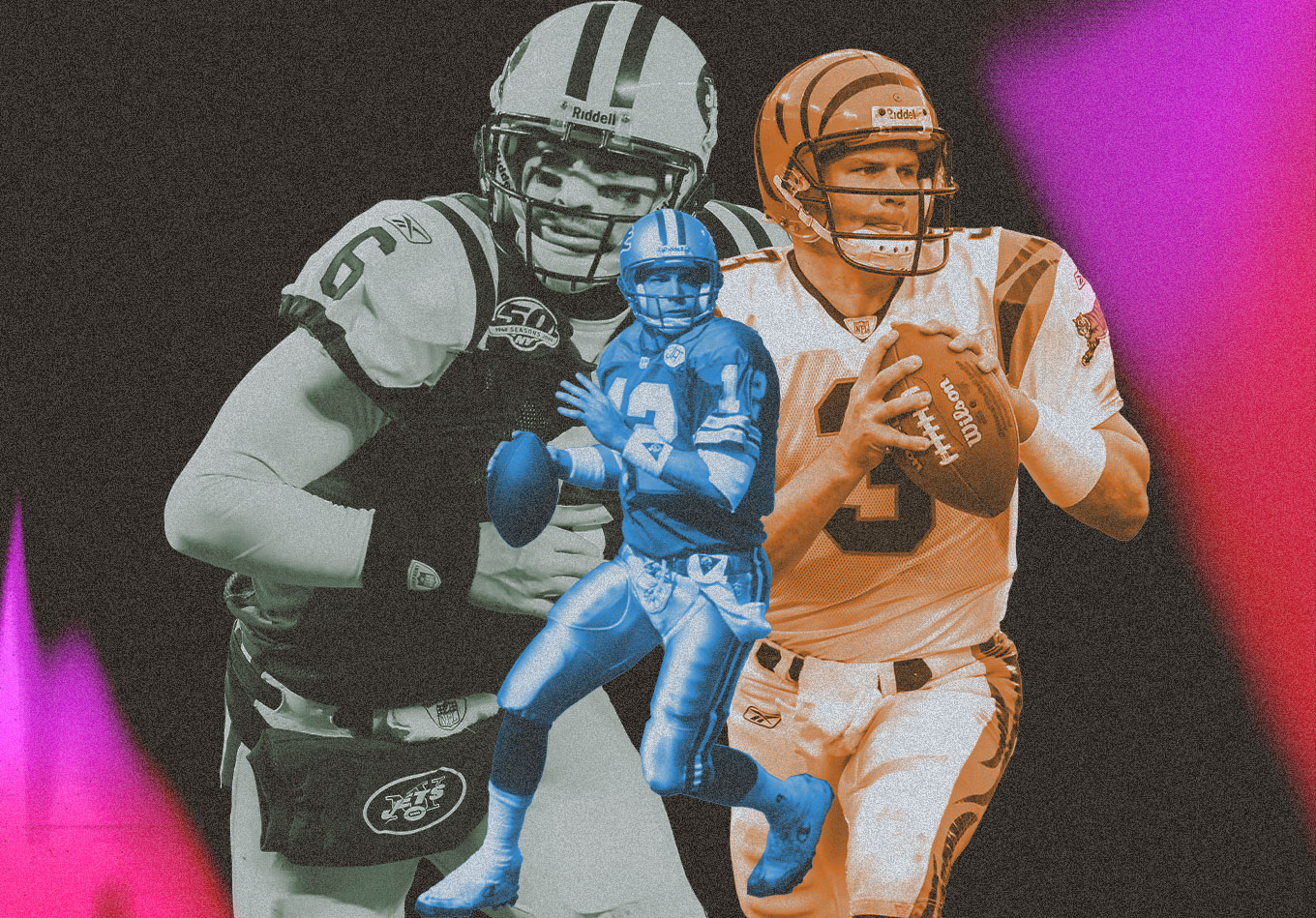 One of the NFL’s calling cards is its “parity.”

But there is clear disparity between the NFL’s elites and its bottom feeders, especially in the 21st century.

A long-said trope in the NFL is that winning is hard. This list of playoff droughts proves that.

After another losing season, the Jets added another year to their postseason drought, tying a franchise record and extending the active record for longest playoff drought. New York last made the playoffs during the 2010 season when Mark Sanchez led the Jets to their second consecutive AFC championship game appearance. After 2010, it’s been a series of disappointments, including butt fumbles and failed quarterback saviors.

The last time the Broncos made the playoffs, they won Super Bowl 50 and sent Peyton Manning riding off into the sunset…er, retirement. Since then, they have not figured out their quarterback situation, relegating them to NFL futility.

The Dolphins last made the playoffs in 2016 as a wild card team on the back of Jay Ajayi, who totaled three separate 200-yard games on the ground. Miami has made the playoffs just twice since 2002, winning the AFC East only once (2008). Despite winning 10 games in 2020 and nine games in 2021, they fell short of the postseason each year.

After missing the playoffs for 11 consecutive seasons, the Lions clinched a wild-card spot three times in six seasons. But following the firing of Jim Caldwell and the disappointing tenure of Matt Patricia as Detroit’s head coach, the Lions have suffered four consecutive losing seasons from 2018-21. The departure of Matthew Stafford has left Detroit looking for a franchise QB for the first time since 2009, an important step in a franchise rebuilding.

Things have been messy in the Meadowlands for the Giants as well. Since Ben McAdoo went 11-5 in his first season at the helm of the G-Men, New York has suffered five consecutive seasons under three different head coaches: McAdoo, Pat Shurmur and Joe Judge. Failing to replace Eli Manning has also contributed to the Giants’ struggles.

After the Cincinnati Bengals ended their 31-season drought with a win over the Las Vegas Raiders in the 2021 wild-card round, the Detroit Lions rose to the top of this list. The Lions have lost nine consecutive playoff games, the longest streak in the NFL. Barry Sanders led the Lions in rushing in 1991, as Detroit crushed the Dallas Cowboys 38-6.

It’s been two decades of mediocrity in South Florida. A Dan Marino-led Dolphins team defeated the Indianapolis Colts 23-17 in overtime. Since then, Miami has lost four straight playoff games, tied for the longest streak in franchise history.

After defeating the Tennessee Titans in the AFC championship game, the Raiders were once again on the brink of football immortality. But they lost to the Tampa Bay Buccaneers in Super Bowl XXXVII and did not return to the postseason until the 2016 season. They lost to the Houston Texans in the AFC wild-card round, and they have not made the playoffs since.

Washington has lost five consecutive playoff games after beating Tampa Bay 17-10 in the 2005 NFC wild-card round, including three straight losses to the Seattle Seahawks in 2005, 2007 and 2012.

The Lions are one of four NFL teams that have never reached the Super Bowl. They last reached the NFL championship in 1957, defeating the Cleveland Browns 59-14.

The Browns are one of those team to have never played in the Super Bowl. In the Super Bowl era, they reached the NFL championship in 1969 but lost to the Minnesota Vikings 27-7.

The Jets haven’t made the Super Bowl since the days of Broadway Joe Namath. Namath and AFL champion New York defeated the NFL champion Baltimore Colts 16-7.

The Vikings are a long way from the Purple People Eaters. Minnesota made four of the first 11 Super Bowls, but lost all four, joining the Buffalo Bills as the only teams to lose four Super Bowls without winning one.

For older football fans, it seems hard to believe that the Dolphins, one of the winningest teams in league history and the owner of the only undefeated season in league history, haven’t reached the Super Bowl since Dan Marino’s second season. For younger football fans, it might be harder to believe that the Dolphins have made even one Super Bowl. Miami made three consecutive Super Bowls from 1971-73, losing the first before winning the next two. The Dolphins then lost Super Bowls XVII and XIX to Washington and the San Francisco 49ers, respectively.

The Cardinals used to be the model of doormat franchises in professional sports. And in a way, they still hold some of those qualities. After winning the NFL championship in 1947 and reaching it again in 1948, the Cardinals went more than two decades without making the playoffs. They are one of 12 teams still waiting for their first Lombardi Trophy.

Most Consecutive Seasons Without a Playoff Win (All Time)

Before becoming one of the more well-run NFL teams in the 21st century, the Cardinals were the model for a struggling franchise. The Cardinals, in Chicago at the time, won the NFL championship game in 1947, lost it in 1948 and then didn’t return to the postseason until 1974, over a decade after they had moved to St. Louis.

It’s almost hard to believe the Steelers experiencing any sort of postseason pain. But prior to becoming one of the most winningest franchises in the Super Bowl era, the Steelers only appeared in one playoff game from 1933-71, losing in a division tiebreaker to the Philadelphia Eagles in 1947.

Most Consecutive Playoff Losses (All Time)

Has any American sports franchise tortured its fanbase quite like the Detroit Lions? Despite having generational talents like Barry Sanders and Calvin Johnson, the Lions have not won an NFL playoff game since the 1991 divisional round.

The Chiefs have no issue winning postseason games these days. But before Andy Reid came to Kansas City, the Chiefs had a difficult time finding success in January. Four of their eight losses were by one possession.

Has Trevor Lawrence Ascended to the NFL’s Elite After Outplaying Justin Herbert?