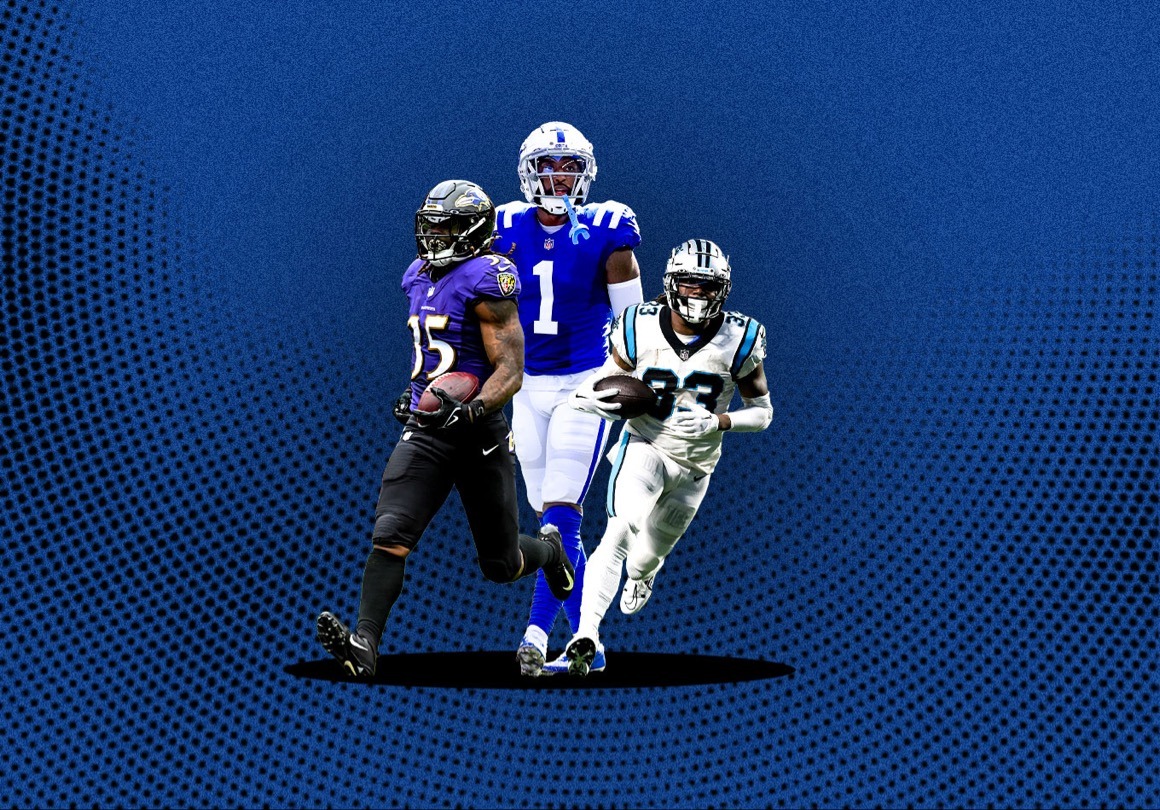 There were injuries that make some waiver wire pickups automatic, but there are rookies finally finding their rhythm in the NFL and older players dispelling any doubts we had about their performances being unsustainable.

Yes, we’re approaching Week 8 with more conviction than ever because there’s a lot of value out there on the waiver wire.

Let’s recap some of the news that affects the fantasy football decision-making process this week and into the future before we look at the waiver wire pickups we recommend.

The Kansas City Chiefs and Los Angeles Chargers will be on byes this week, while the Buffalo Bills, Los Angeles Rams, Minnesota Vikings and Philadelphia Eagles are all back and ready to attack Week 8. As are we.

As always, don’t forget to check out our fantasy football rankings. All rankings we use here are based on PPR scoring.

The Colts are hoping that Sam Ehlinger will give them a jolt after being named as the starter by head coach Frank Reich. Campbell never received double-digit targets until getting 11 and 12 over the past two weeks. He’d also never caught more than six passes in a game until finishing with seven and 10 in the past two games.

Campbell’s 91.7 open percentage, which is simply how often a receiver is open when he is targeted, bodes well for a rookie quarterback starting his first NFL game.

Only two wide receivers have more receptions than Campbell (17) over the last two weeks: Tyreek Hill (19) and teammate Michael Pittman Jr. (19). Campbell also has touchdowns in consecutive weeks to go with his increased volume, something he never did before until now. We might be witnessing a breakout from a player who has largely disappointed for the last three years due to injury.

This should be a priority addition this week. With J.K. Dobbins on IR, Edwards got his first start after missing the entire 2021 season with a knee injury. He finished the game with 66 yards and two touchdowns on 16 carries, more than Kenyan Drake (11) and Justice Hill (five). Drake’s 0.5 yards per carry doesn’t do much to inspire confidence in his quest for more touches.

It’s still not an ideal situation given the spread of touches as three Baltimore players had double-digit carries (Lamar Jackson, Edwards and Drake). None of the running backs caught a pass. Still, Edwards finished as RB10 in PPR leagues with 18.6 fantasy points last week.

Engram is right there among the elite, but he has no touchdowns. The lack of TDs will keep a ceiling on Engram’s fantasy value after he finished as TE9 in PPR leagues with 10.7 fantasy points last week.

Our fantasy rankings were 10 places higher than expert consensus on Foreman last week and he broke off two big runs on Sunday. He rushed 15 times for 118 yards with a pair of targets, which he caught for 27 yards. Foreman’s 13.5 burn yards per target is important when it comes to assessing the possibility of big plays, because Hubbard is also likely going to get a lot of touches moving forward.

Hubbard saved a lot of fantasy football seasons last year when Christian McCaffrey was absent due to injury. In his first chance to shine this season, he had nine rushes for 63 yards and a touchdown. He did leave the game due to an ankle injury, though it’s reportedly not serious.

With David Njoku expected to miss significant time due to an ankle injury, Bryant is in line to receive an uptick in touches. Njoku is second on the Browns with 418 receiving yards, behind only Amari Cooper’s 422. We mentioned Donovan Peoples-Jones as a potential waiver wire pickup last week (he had six catches for 71 yards in Week 7) and he may also see an uptick in targets.

But since tight end is such a big part of the attack in Cleveland, Bryant could be the one who benefits most from Njoku’s absence.

Eight of Dulcich’s 12 targets were burns in the last two weeks (the fifth-best rate in the league) and the rookie is likely to remain relevant in fantasy football as long as the Denver Broncos keep finding themselves in passing situations. By the way, a burn is when the targeted receiver does his part to achieve a successful play, regardless of the quality of the throw by the quarterback.

Only Jerry Jeudy has more targets (18) and receptions (10) than Dulcich over the last two weeks.

The Giants are 6-1. Saquon Barkley is playing out of his mind and it looks like Daniel Jones has found his 1-2 punch at wide receiver. Wan’Dale Robinson, who we mentioned last week, is a priority add, but so is Slayton.

After a really slow start this season (two targets in the first three weeks), Slayton caught his first touchdown on Sunday. His 12.9 yards depth of target leads the team over the last three weeks as does his yards per reception (15.1). As long as he can stay healthy, he can offer you a flex play when your better players are on bye weeks.

This is one to monitor moving forward as we really don’t have enough evidence yet as to what Doug Pederson will do at the running back spot moving forward. Travis Etienne Jr. is the lead back and James Robinson has been traded. That leaves just Hasty as the only other player to carry the ball for the Jaguars.

He has carried it five times and has been targeted three times. This could be a smart pickup if Hasty assumes change of pace role and gets anywhere close to eight touches per game.