MLB Playoffs: Which Teams Have the Edge in Each Wild Card Series? | The Analyst 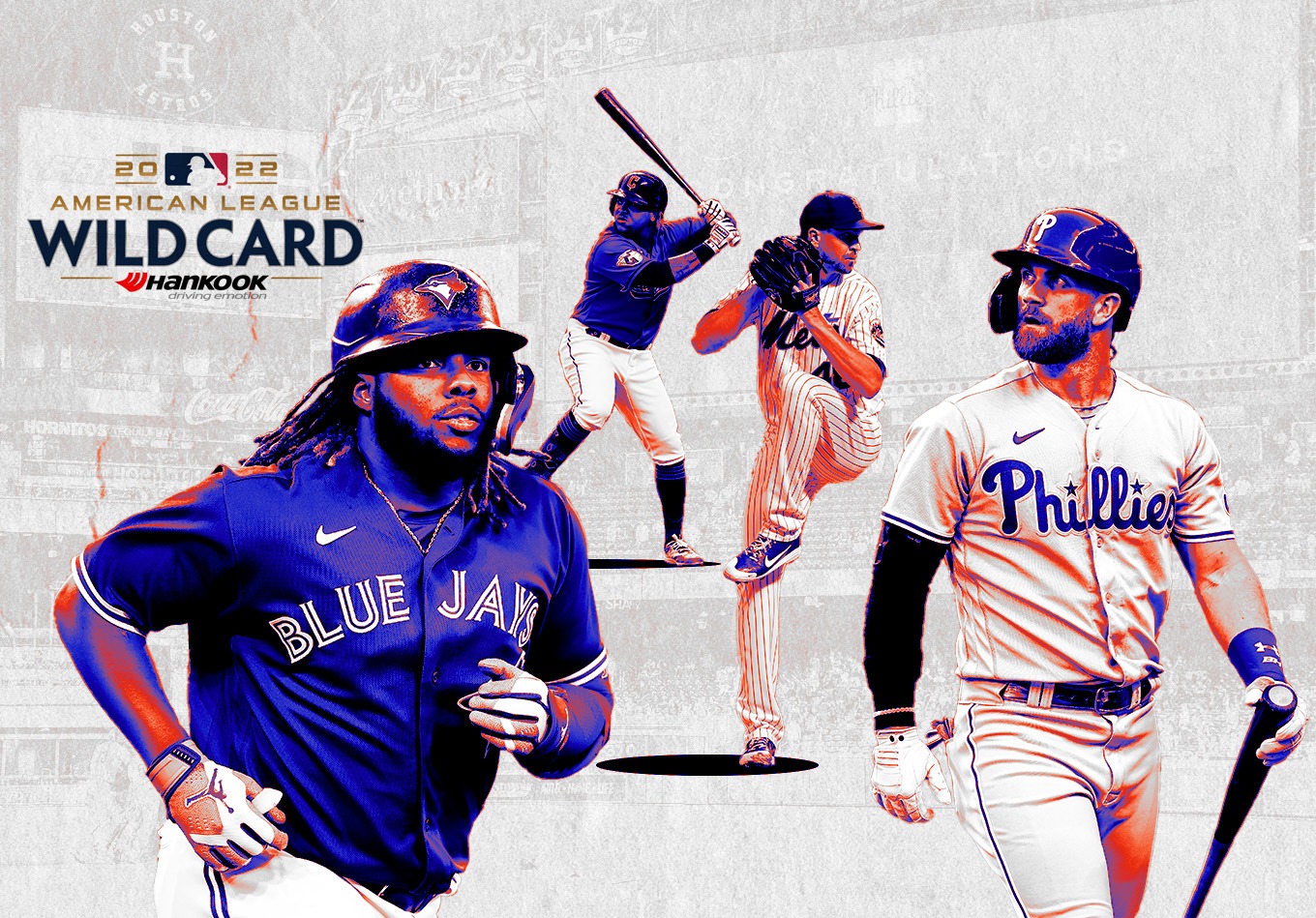 MLB Playoffs: Which Teams Have the Edge in Each Wild Card Series?

The MLB playoffs are about to start, and it’s time to take a close look into each Wild Card Series and how the teams fare in specific facets of the game.

For that, we will use raw value (RV+/-), which is a useful metric that helps us examine what happens after every pitch and not just assessing the outcome of an at-bat. Did the pitcher execute his plan? Did he locate well? Did the hitter take advantage of a hittable offering? Did he show good plate discipline? Every pitch matters.

With RV+/-, higher is better for hitters, and lower is ideal for pitchers.

Who is favored to win each specific wild-card matchup? What are each squad’s strengths and weaknesses? Our team raw value data will help us get the answers we need.

Starters: The Rays are expected to go with Shane McClanahan, Tyler Glasnow and Corey Kluber for the Wild Card Series, though Drew Rasmussen and Jeffrey Springs are also great options. McClanahan, an AL Cy Young candidate ranked eighth in the majors with a 72 RV-, while Kluber was about average at 101 and Glasnow barely pitched in September.

The Guards, of course, have 2020 AL Cy Young winner Shane Bieber (86 RV-) and budding ace Triston McKenzie (82 RV-) to lead the rotation. Aaron Civale, Zach Plesac, and Cal Quantrill (scheduled to start Game 3, if necessary) do not inspire as much confidence as the first two, however.

By RV-, the Rays have the seventh-best rotation among teams that made the playoffs (91 RV-), and the Guardians ranked ninth (100 – right at league average). Advantage: Rays

Bullpen: Both teams have good bullpens. The Rays boast a stable of power arms, like their manager Kevin Cash once said: Peter Fairbanks, Jason Adam, Brooks Raley, JT Chargois, Shawn Armstrong and Garrett Cleavinger are a top unit, one that finished with the ninth-best RV- in baseball.

The Guardians were even better, with the league’s fifth-best RV- when it comes to the bullpen. Having the nasty Emmanuel Clase helps, but this is a deep group with quality pitchers such as James Karinchak, Trevor Stephan, Sam Hentges, Cody Morris, Enyel De Los Santos and Eli Morgan. Advantage: Guardians

Offense: Despite having Wander Franco, Yandy Díaz, Randy Arozarena and other potent hitters, the Rays ranked just 22nd in RV+ in the majors. It’s not a top unit, but the Rays sure can find creative ways to score runs and are better at that than Cleveland.

The Guardians aren’t what you would call “explosive” either. They ranked 26th in RV+, and even superstar José Ramirez didn’t rate highly in that category with a 109 RV+ (above average but not elite). They do have some other hitters who can do some damage, most notably Steven Kwan and his 113 contact+ that ranked fourth in baseball, Josh Naylor and Andrés Giménez. Advantage: Rays

Overall: There is no clear favorite in this matchup, but given their recent playoff experience, a superior rotation and a better offense, the Rays are slightly favored to advance. They also have the edge in overall RV+, as they finished 15th while Cleveland was 18th. Advantage: Rays

Starters: The Mariners, on paper, have a really good rotation: Luis Castillo, Robbie Ray, Logan Gilbert and George Kirby give them a great chance to win. The unit, however, was 18th in RV- when it comes to starters, in part because other pitchers such as Marco Gonzales and Chris Flexen were factors in the regular season.

Alek Manoah, Kevin Gausman and Ross Stripling were all very good this year, and the Jays ranked slightly better at 16th in MLB. Like the Mariners, the back end of the rotation (mainly the disappointing Jose Berrios) slumped at times. Advantage: Blue Jays

Bullpen: The Blue Jays’ bullpen is probably their worst unit, having ranked 22nd in MLB, according to our RV model. It’s not necessarily bad (100.1 or just about league average), with pitchers such as Jordan Romano, Yimi Garcia, Anthony Bass, David Phelps, Adam Cimber and Tim Mayza.

Offense: The Mariners finished the year 12th offensively in our RV rankings, and was much better than their 2021 unit. Cal Raleigh almost reached 30 home runs, Julio Rodriguez blossomed into a star, and Ty France and Eugenio Suarez had good seasons.

Overall: The Mariners can certainly leverage their incredible bullpen into a series win, but the Blue Jays’ rotation and offense look better. In the end, the Blue Jays were a top-10 team by overall RV+ (No. 7) and Seattle just missed (11th). Advantage: Blue Jays

Starters: The Phillies have two aces for the hypothetical three-game series: Aaron Nola and Zack Wheeler. Ranger Suárez would be their third-best option. Bailey Falter and Kyle Gibson complete a rotation that ranked fourth in RV-, which means the group is elite.

The Cardinals, in turn, ranked 19th in RV-, and they’re banged-up heading into the series. Jose Quintana is set to start Game 1 with Adam Wainwright dealing with a dead arm and Jack Flaherty still working his way back from injury. Miles Mikolas is scheduled to go in Game 2, with Jordan Montgomery likely to work Game 3. Advantage: Phillies

Bullpen: The bullpen has been a problem for years in Philadelphia, but with some savvy free agent additions and trade acquisitions, Philadelphia finished 13th in RV-. Seranthony Domínguez, David Robertson and José Alvarado have become a decent late-inning trio, and Falter and Gibson should join the unit for the Wild Card Series.

The Cardinals have the filthy trio of Ryan Helsley, Giovanny Gallegos and Jordan Hicks. Yet, their unit ranked a mediocre 16th in RV-. The unit is good but not phenomenal. Advantage: Phillies

Offense: The Phillies were able to make it to the playoffs without Bryce Harper for a large chunk of the season. Defense would be…not good, but when it comes to producing runs, Philadelphia’s bats were good enough to rank sixth in RV+. Harper, JT Realmuto, Rhys Hoskins, Nick Castellanos, Kyle Schwarber, the emerging Alec Bohm…they have weapons.

If you want to know where most of the Cardinals’ offense comes from, just look at the infield corners: Paul Goldschmidt (146 RV+) and Nolan Arenado (141 RV+) are both elite performers who took the offense to eighth in MLB in RV+. These units are very much evenly matched. Advantage: Phillies

Overall: Common sense would indicate that the NL Central champions are the favorites. But what if we told you that the Phillies ranked fifth in overall RV+, and the Cards finished the season 12th? The series is closer than most people imagine, and Philadelphia could shock the world. Advantage: Phillies

Starters: The Padres and Mets ranked seventh and eighth in RV-, respectively, as the Friars enjoyed strong seasons by their fearsome foursome of Yu Darvish, Blake Snell, Joe Musgrove and Mike Clevinger.

The Mets achieved one of their preseason goals, which was getting Max Scherzer and Jacob deGrom healthy for the playoffs. Chris Bassitt was his usual effective self, and Carlos Carrasco and Taijuan Walker provide quality depth. Even though the Padres ranked slightly better than the Mets, New York did not have deGrom and Scherzer for a good portion of the season. Now both are ready to go. Advantage: Mets

Bullpen: The rankings from the starters repeated themselves in the bullpen: San Diego finished seventh in RV- and the Mets eighth. Trade acquisition Josh Hader had a nightmarish start to his Padres tenure, but has a 0.00 ERA and a 0.63 WHIP in his last seven games. After him, Luis García, Robert Suárez, Nick Martinez, Pierce Johnson, Tim Hill, Adrian Morejon, Steven Wilson and Craig Stammen make for a solid bunch of relievers.

Edwin Diaz and his otherworldly 191 whiff+ (first in the majors among pitchers with at least 50 innings) headline the bullpen. After that? The unit is good, but beatable: Adam Ottavino, Seth Lugo, Trevor May, Joely Rodríguez, Drew Smith, Mychal Givens and David Peterson complete the group. Advantage: Padres

Offense: Despite its star power, San Diego’s Achilles’ heel is its ability to produce runs consistently. With a 16th ranking in RV+, the lineup ranked in the middle of the pack. If Juan Soto and Josh Bell produce like they did in Washington, look out. Manny Machado needs help.

The Mets have players who can hit for a high average, like batting champion Jeff McNeil, powerful sluggers like Pete Alonso, balanced guys like Francisco Lindor, and on-base dynamos like Brandon Nimmo and Mark Canha. If Starling Marte can return from his injury, this unit would be much more dangerous. Still, it’s good enough to comfortably top the Padres. Advantage: Mets

Overall: San Diego’s rotation could give New York fits, but the Mets’ well-balanced team, their two aces, and having Diaz in the bullpen should help them win at home. The Mets also have the edge in overall raw value, as they ranked sixth to San Diego’s ninth. Advantage: Mets