MAC-tion, ACC and More: Which Teams Have the Highest Probability of Winning Each Conference? | The Analyst 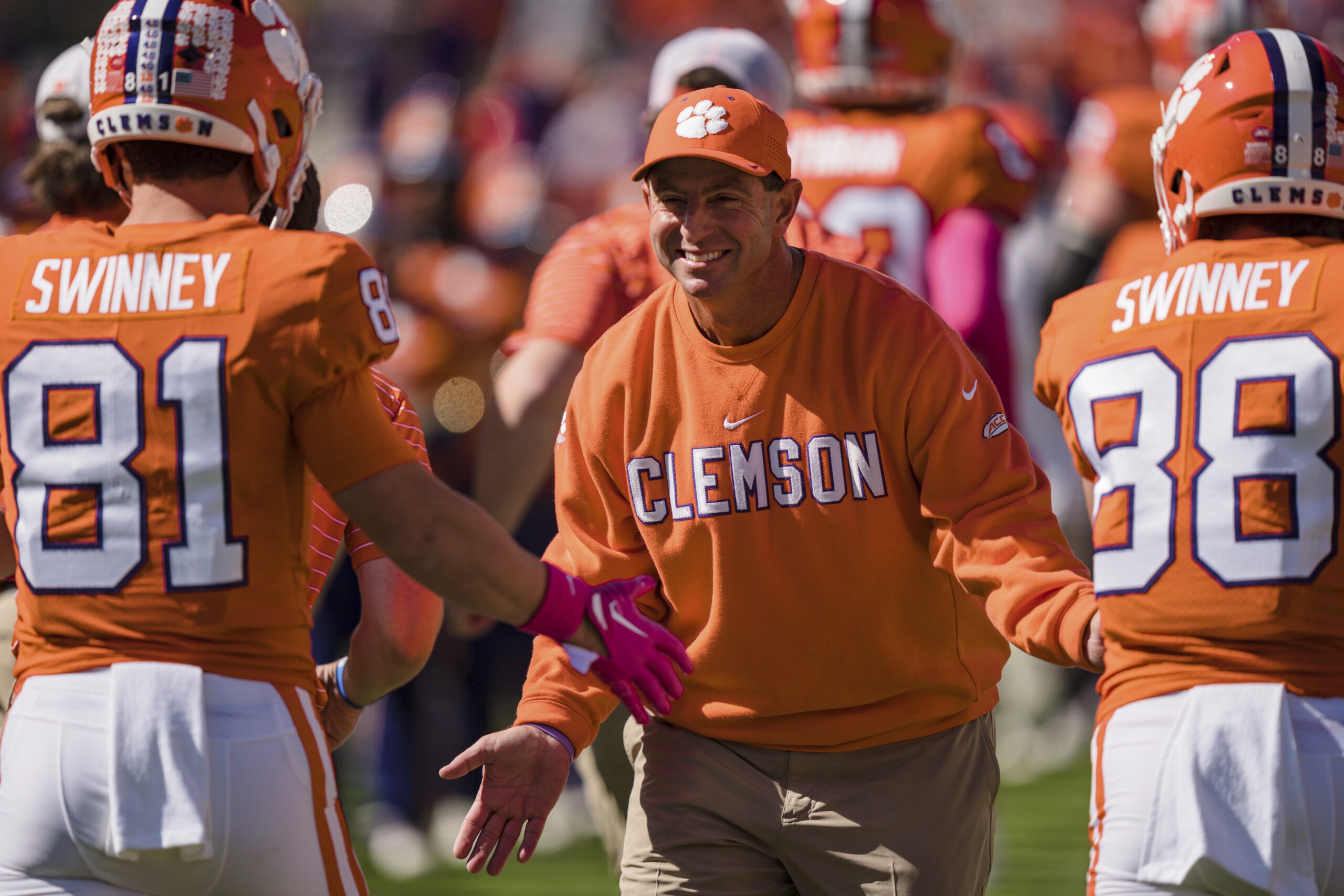 MAC-tion, ACC and More: Which Teams Have the Highest Probability of Winning Each Conference?

How did it get to Week 9 already?

It feels like yesterday when we saw Northwestern come back against Nebraska in Ireland. Oh, how time flies when you’re watching college football (that’s how the saying goes, right?).

After eight weeks, some teams are clearly on their way to a division title and conference championship game appearance. In other leagues, however, things remain way up in the air.

I do not talk enough about MAC-tion, but that ends today. The Mid-American Conference seems to be all set in division titles, but winning the conference is still up in the air.

TRACR, our Team Rating Adjusted for Conference and Roster, likes Buffalo (64th in the TRACR rankings) and Toledo (74th) to play each other in the conference title. This is because TRACR is a net efficiency metric that evaluates how well a team performs based on who they play.

The model, which is trained on over 10 years of college football data, rewards big wins over good teams and punishes losses to bad ones or even wins that are closer than expected. Both Buffalo and Toledo have done that, and having a game lead over their division rivals is why both have over a 90% chance to win their respective divisions.

TRACR views Buffalo and Toledo as slightly less-than-average teams in the FBS, while the rest of the conference is much lower. The Rockets have a higher chance to win their division than the Bulls because they have an easier schedule, though this week’s meeting at Eastern Michigan (115th) could be tougher than expected.

There’s still a chance for Ohio (98th) to really shake things up when it plays Buffalo at home next Tuesday (Tuesday football will finally be back!) A win over the Bulls could significantly alter these predictions for the Bobcats.

Clemson (19th) is all but ready to win the Atlantic Division in the ACC. The huge win over Syracuse gave the Tigers a 6-0 record in conference play, with only Louisville (46th) and Miami (65th) remaining on the league slate. There’s a strong chance that Clemson goes 8-0 in conference play in the regular season. TRACR predicts the Tigers to have a 90.0% chance of winning their division and a 33.9% chance of winning out.

The Tigers have the highest chance to win the ACC at 62.7%, but TRACR rates a different team higher overall. Ahead of them in rating are Wake Forest (13th) and Syracuse (16th). Both the Demon Deacons and Orange are only slightly ahead in rating, however, and a meeting between any of these three at a neutral site would be about 50-50. This was illustrated last week in Death Valley – boy, that game was close.

But both Wake Forest and Syracuse are in the Atlantic Division, and it would take a collapse by Clemson for either team to win. The most likely outcome is a conference championship game with Clemson and North Carolina (35th). The Tar Heels have an 84.9% chance to win the Coastal Division but only a 27.6% chance to win the conference. Having a defensive rating that’s dead last in the ACC and 92nd in the FBS will make it difficult to stop Clemson or anyone else in a conference championship game.

Will the Big Ten East come down to which team wins The Game, or will there be some action in between? Both Ohio State (No. 1) and Michigan (No. 4) appear to have one more tough challenge before facing off in Columbus. The Wolverines will play Illinois (No. 9) at home on Nov. 19, which could be a tough test.

Though the Nittany Lions struggled against Michigan a few weeks ago, I wonder if they might be able to take down the Buckeyes at home this week. Can they slow down a Ohio State team that has by far the best offensive rating, per TRACR? Penn State had a great bounce-back performance against Minnesota last week and could keep that momentum going on Saturday.

Still, TRACR gives Ohio State a 74.6% chance of winning against Penn State. C.J. Stroud has proven himself to be a Heisman favorite, and the offense will be too much for anything that the Nittany Lions can handle. This one could have a similar result to how Michigan did against Penn State – 41-17.

Ohio State or Michigan will likely face Illinois in the Big Ten Championship game – the Illini have an 82.4% chance of winning the Big Ten West. However, the West has been crazy this season, so perhaps there will be chaos. Did you know that Northwestern (85th) could still win the Big Ten West? It would come down to a SEVEN-WAY tie in the division, with the Cats coming out on top in the tiebreaker. Embrace anarchy.

If you want to see a conference where the division and conference titles are wide open, look at the Mountain West. In the West Division, three teams are tied for first place at 2-1. In the Mountain Division, Boise State (77th) is undefeated in conference play.

TRACR expects San Jose State (53rd) to come out as the favorite. The Spartans lost by a touchdown to Fresno State (86th) last week after winning three straight. In those four games, however, they allowed only 11.5 points per game. That ranks second in the FBS since Week 4 behind Illinois (7.5).

San Jose State would most likely face Boise State in the Mountain West Championship. The trick would be stopping the running game, as the Broncos’ 175.4 rush yards per game rank second in the conference behind only Air Force (336.8). George Holani, who did not play last week, has rushed for over 100 yards in three of his last four games.