Is This Version of Spain Really a Threat to England? | The Analyst 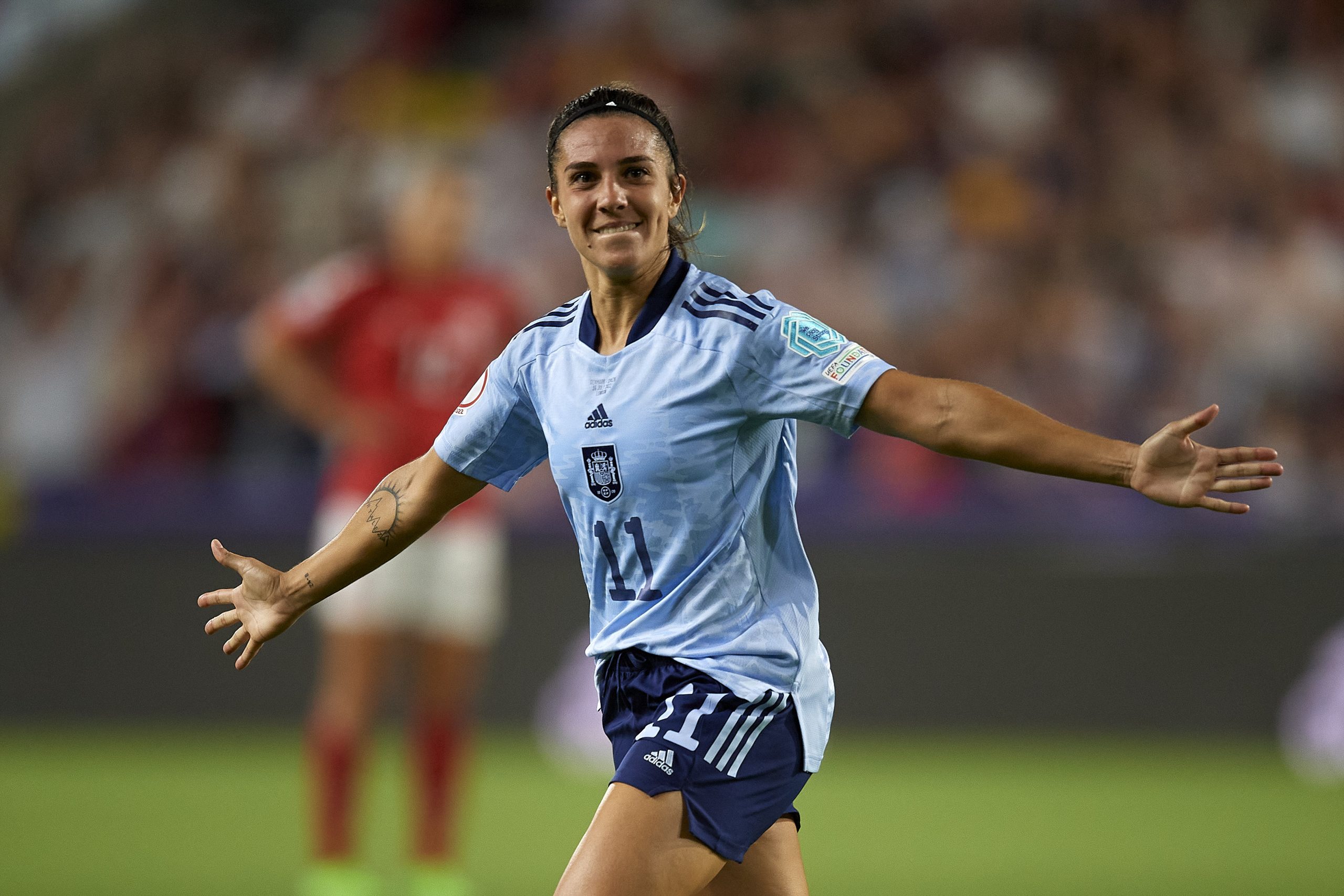 Spain are through to the quarter-finals like most predicted, but in a manner that perhaps underperformed their high expectations.

While our pre-tournament simulation model gave them a 71.9% to progress through the group stages, their journey so far has looked anything but serene.

We take a look at how Spain have fared so far.

Jorge Vilda has been notoriously known to not play his strongest starting eleven when looking at season performances and numbers.

Spain started with three different line-ups for all three group stage matches. Not only is there a consistent change in personnel but players are also being asked to play in different positions every match.

Esther González started against Finland but didn’t make the cut against Germany as Lucía García slotted in as the central striker after playing on the right wing against Finland. Again, it was another player out of position.

For the last group stage match, Patri Guijarro was pushed back into her natural position as holding midfielder, and looked far more comfortable there, completing 86 passes – her most in a game so far. But Guijarro playing deeper meant Barcelona team-mate Mariona Caldentey was moved inside from the wing into the attacking midfield position. It was yet another positional adjustment.

Spain’s inconsistency becomes even more noticeable when you compare them to their quarter-final opponents, England, who named an unchanged starting XI in each of their group stage game games, winning all three matches and kept a clean sheet in each.

The inconsistent rhythm that this Spanish side has endured in the group stage leading up to their knockout match could prove to be their downfall.

Lack of Player Use

The main reason there’s been so much reshuffle in the Spanish line-up is of course the noticeable absence of Jenni Hermoso and Putellas who are out through injury.

Finding a central striker to replace Hermoso has been Vilda’s biggest task and although he has González who has 16 goals in 22 appearances for Spain and plays in a very similar manner to Hermoso, Vilda doesn’t rely on her to step up into that gap.

On the Spanish bench is also Amaiur Sarriegi who just finished with 17 goals and nine assists in 30 matches in the league for Real Sociedad, finishing as the fourth highest goalscorer of Primera and just one goal behind Putellas.

At just 21 years old, Sarriegi proves to be a promising talent for Spain and one who’s managed 11 goals in five matches in the 2023 World Cup qualifiers so far.  Despite a clear answer to Spain’s goal drought on the bench, Sarriegi has not played a single minute in this tournament.

Another name being left out is Barcelona’s Claudia Pina. So far, she’s played four minutes against Finland and 28 minutes against Germany, while not featuring at all against Denmark.

Pina finished the domestic season with 14 goals and 11 assists in 24 matches. She is the closest player to Putellas stylistically, but again Vilda does not incorporate her into the team often. It’s somewhat of a curiosity that while Vilda has made plenty of positional changes, he’s only actually made three changes to his starting XI in the tournament so far, eight teams have made more. And that’s despite having what appear to be good alternative options in the squad.

Against Denmark, in the last group stage match, Vilda made an unusual three subs at half time after going into the break at 0-0. He brought on González for Lucia García at central striker, Olga Carmona for Leila Ouahabi at left-back and Marta Cardona for Sheila García at right wing. The effect was almost immediate, with Carmona getting a clear chance after making a late run into the box, only for her blazing shot to hit the side netting. Spain’s style of play benefits from having young and capable wingers and full-backs taking on defenders, making overlapping runs and delivering low, hard crosses into the box. With players playing out of position and Vilda’s favourite players underperforming, there’s an instability and inconsistency to this Spanish side.

Goals (Or Lack Of)

Above all, Spain’s lack of goals has been their biggest downfall.

Despite dominating the match against Germany with 70% possession, they only mustered three shots on target and finished with an xG of 1.5. Germany, despite seeing so little of the ball, scored from both of their shots on target, and generated 0.7 xG.

There is no doubt that the biggest Spanish flaw is their inability to score. Of all the confirmed quarter-finalists so far, Spain have underperformed their expected goals total by the highest figure (five goals from 6.7 xG).

Even when the on-pitch personnel problems are patched and Spain are dominating their way to constant possession in their opposition’s half, they’re unable to create true clear-cut opportunities. Despite averaging the highest possession figure in the tournament so far (73.8%) and completing the most passes in the opposition half, their xG/shot value of 0.11 is the fifth-lowest of all teams.

After Spain scored four against Finland, there was hope that this was just the beginning of seeing a plethora of Spanish goals at Euro 2022, just like those we constantly saw from their players in the Champions League and domestic leagues.

However, so far, Spain have scored their goals in a very ‘un-Spanish’ way. All but one of their five strikes has come from a header, with the one other coming from the penalty spot. Aerial goals are not the norm for Spanish players, and maybe it’s a compromise for defensive blocks cutting off Spain’s passing lanes around the box but scoring via the aerial route is simply not the player’s strengths.

In qualifying for this tournament, Spain plundered 48 goals, seven of those (14.5%) came from headers. Admittedly these came against a lower calibre of opposition, but the Spanish reliance on headers so far in this tournament is probably a knock-on effect of their slightly dysfunctional start.

That said, they are through. And hosts England will be extremely wary of the quality littered throughout this side.